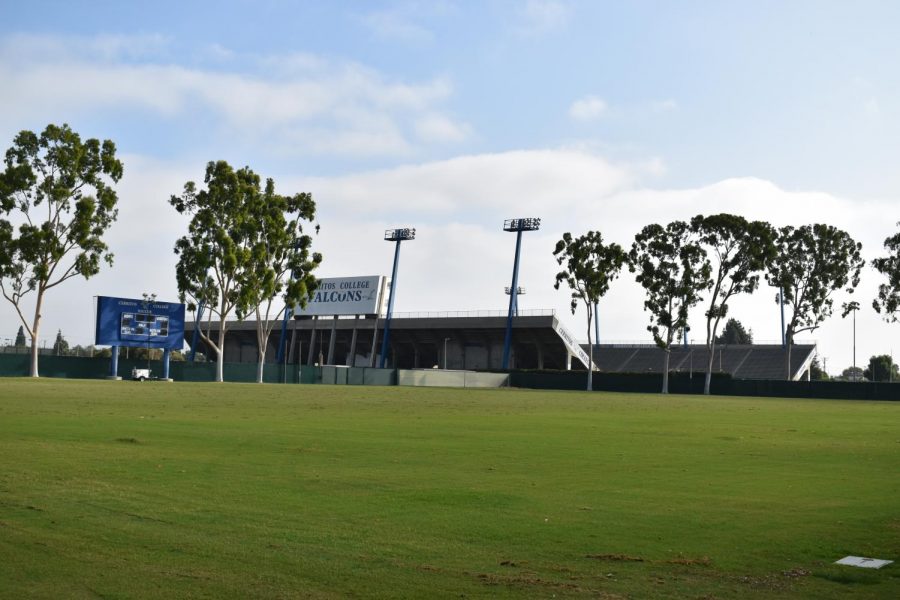 Following a letter stating Webb brought forth false accusations, several of the women listed as signers have come forward stating they were never contacted and had no knowledge of the letter. Several parties, including the former Title IX coordinator, have been unavailable for comment as of Aug. 27, 2020.

Whistleblower and former Cerritos College Women’s soccer player Ashley Webb is being taken to court after violating a cease and desist letter served by the attorney representing soccer coach Brent Whitfield, one of several coaches accused of harassing female players for nearly a decade.

It’s been more than two weeks since Webb and several other players first spoke out about their experiences playing for the nationally renowned Women’s Soccer team, where they describe a volatile environment of sexual harassment, bullying and vengeful retaliation.

Accusations have been leveled against nearly every coach on the staff, including Head Coach Ruben Gonzalez, assistant coaches Memo Gonzalez, Ana Ramirez, Octavio Marquez and Pat Rossi. Many of these coaches also work at high schools and soccer clubs in California.

Some parties are now represented by attorneys, and anticipation for the results of the Title IX investigation intensified as accusations of alleged misconduct pile on.

The coaching staff was previously investigated in 2018 following an incident that took place on one of the program’s annual trips to play in other regions of the U.S.

While competing in Seattle, former coach Jose Alfredo alleges that he witnessed the coaching staff “drinking with 5 student athletes” while occupying multiple hotel rooms, saying “I found [that] very inappropriate and disturbing.” Alfredo also said that he was told to take the phones of the college athletes, which he believed was a “red flag.”

Alfredo claims to have alerted Cerritos College of this incident afterwards, prompting the initial investigation. The results of the investigation are unclear. Jose Alfredo was fired from the coaching staff after that season.

Alfredo’s attorney Byron George Danell could not be reached for further comment.

Accounts from other players report phones taken over night while in their hotel rooms. The coaches also allegedly taped their doors shut from the outside which would inform coaches if they left their bedrooms during the night.

A prerecorded voicemail from the office of Title IX coordinator Dr. Valyncia C. Raphael, J.D. says “As of Sept. 2, this position has been in transition. If you need assistance, please contact Adriana Flores Church.” It is unclear why Dr. Raphael is stepping down or in ‘transition’ from her post.

Adriana Church’s voicemail box was full and she did not immediately reply to an e-mail request for comment.

Other former players have made efforts to vouch for their coaches, countering what Webb and other players allege in their experiences.

A letter compiling the accounts of nine former players was given to Talon Marks, claiming Webb is falsely accusing coaches which they attribute to her “bad attitude” and that her perspective is biased and “very one-sided.”

The letter leads with a collective statement signed by 16 former players.

One player however, Jazmin Aguas, had her name misspelled. In following up with Aguas, she said, “I didn’t sign this.”

“I’m very upset that my name was used in something that I would never give consent of. I was never notified.”

Two other signatories, Veronica Perez and Esmeralda Verdugo, also say they were not contacted in regards to this letter.

One author of the compilation of letters said she was unsure who compiled this list, but named Ruby Nichols as the player that reached out to her.

In an Aug. 17 public statement, Cerritos College said the allegations were “deeply distressing” and “do not reflect our values.”

It directed students to reach out to the Title IX office if they were victimized, and directed inquiries to Miya Walker, director of College Relations, Public Affairs & Governmental Relations.

Walker did not respond to a request for comment.

“With our immediate response to these allegations, Cerritos College demonstrated that we take all allegations of misconduct seriously, whether they are reported directly to the school, or when we learn about them on social media,” said Cerritos College.