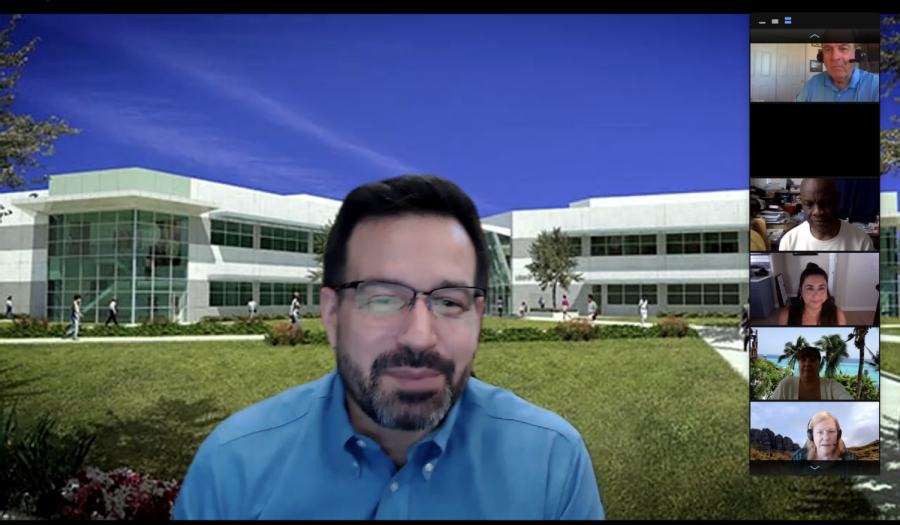 President of Cerritos College, Dr. Jose Fierro, hosted the brief closing ceremony online and reflected on the events that took place during the last few weeks, “Given the circumstances, to stay engaged with campus and [celebrate] the anniversary has been more meaningful than ever.”

“I think being able to connect and talk to each other and bring memories and future plans that we all [have] for the institution has been refreshing during these difficult times,” he added.

Dr. Fierro also recognized individuals who have contributed to the Cerritos College Foundation, including the mayor of Downey and former Cerritos College alum Blanca Pacheco, who created a scholarship for women in Liberal arts.

Mayor Pacheco shared a special message in the memory book, “Congratulations to Cerritos College on its 65th anniversary. I am so proud to be an alum and to help support students as they fulfill their dreams.”

During the event, Dr. Fierro announced that the local cities of Cerritos, Lakewood, La Mirada, Norwalk and South Gate passed resolutions to officially declare every Sept. 17 as Cerritos College Day to commemorate the college’s anniversary.

Although the anniversary celebrations have come to an end, you can still visit the 65th anniversary official webpage and learn more about this year’s events and the special history of Cerritos College.