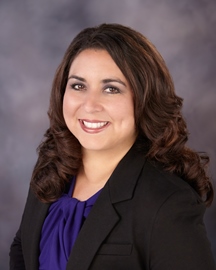 Marisa Perez was elected in 2012 to the Cerritos College Board of Trustees. She will start another term this year running unopposed.

From the board of an elementary school PTA to White House advisor to George W. Bush, Marisa Perez had an extensive background in politics long before being elected to the Board of Trustees in 2012.

Unchallenged in the 2020 election, Perez will continue serving Cerritos College for another term.

Perez says her primary focus was on student completion at Cerritos. A pivotal change at the college was when the board removed the entry assessments for new students.

“When new students wanted to enroll in math or English they had to take an assessment. They would be assessed at a lower level and be placed at a remedial level course, which you don’t get credit for,” she said.

The removal of gateway classes allowed students take fewer classes while at Cerritos, saving time during semesters and graduating sooner.

When Cerritos College first closed down on March 13, the Perez said the Board tried to be fully transparent in decision making and recognizing that there was work to be done for students affected by COVID.

“This time really showed the digital divide with our students. We had to pull funds and resources from private fundraising, federal and state money, but the college was able to give Wi-Fi, laptops, gift cards and emergency funds,” she said.

Perez says one of her proudest actions as a board member include the hiring of current Cerritos College President/Superintendent, Dr. Jose Fierro.

“He was definitely the right person for the job, and he’s done great by the school,” she said.