Analysis: The battleground between California Republicans and Democrats in this election year 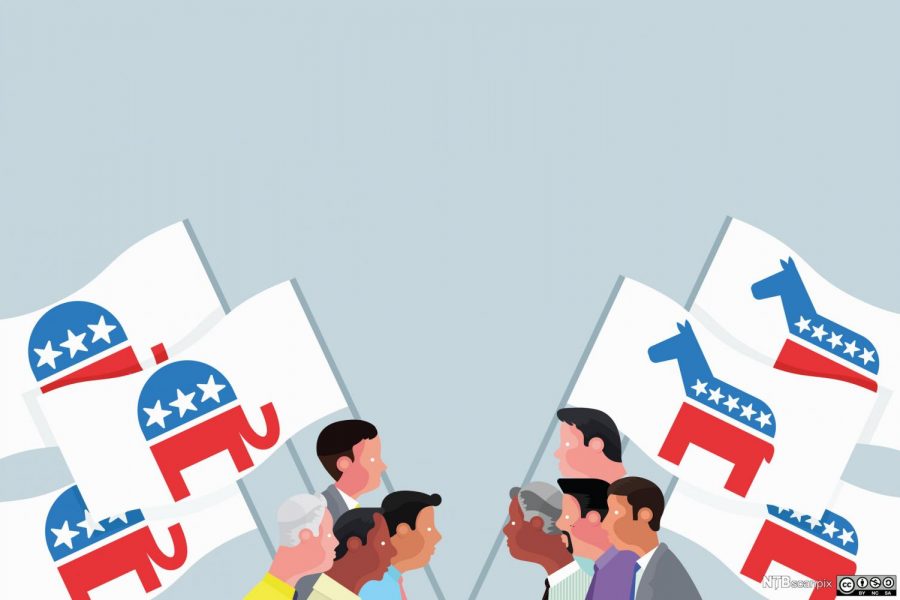 Democrats and Republicans fight for last minute votes in California. They explain their stances on props and candidates. Photo credit: James Boast

The 2020 Presidential Election is today. The Republican and Democratic parties are trying to sway last-minute voters in Southern California by spreading their message about where they stand on props and candidates.

Here are the parties stances on some of these issues:

The Democratic party says to vote yes on Proposition 15. It will increase funding for public schools, community colleges, and local governments by taxing industrial property to the current market value. Residential and agricultural properties are exempt from the change.

Republicans claim that Prop 15 is an $11.5 billion tax increase and would result in higher rents for small businesses.

“(Prop 15) will devastate minority-owned small businesses and hurt thousands of workers who rely on these jobs to feed their families.”

Nurse Jennifer Esteen says Prop 15 would close corporate loopholes and give back to the community.

Republicans are against Prop 16, saying that is would repeal constitutional protections that ensure equal treatment, while activating government quotas for employment.

Democrats endorse Prop 16, saying it repeals Prop 209. Prop 209 banned the use of affirmative action in race and sex-based preferences.

“Prop 16, a giant step backward, would hurt the very students we want to help,” says public school teacher, Kali Fontanilla. “There is no need to lower standards! I love teaching, but Prop 16 would totally disrupt K-12.”

Prop 16 co-General Consultant Courtni Pugh stated that “California voters are not blind to the ways discrimination hurts our families and our communities. They believe in a level playing field for women and people of color.”

Republicans favor Prop 20 because they say it will strengthen criminal penalties.

Democrats say that Prop 20 would in fact place restrictions on parole programs for minor offenders who have served their time.

“Crime victims and law enforcement leaders oppose Prop 20 because it wastes tens of millions of taxpayer dollars on prisons while cutting the rehabilitation programs we know work – that makes us all less safe,” says San Diego Police Chief William Lansdowne.

“These laws disregard prior criminal histories when it comes to early release, doesn’t hold offenders accountable for their crimes and have allowed numerous so-called nonviolent offenders to be released back into our communities,” says Los Angeles Airport Peace Officers Association President Marshall McClain.

She is running without a Republican opponent.

Biden promises to listen to scientists on issues such as the Coronavirus and climate change.

Trump promises to cut taxes and get the country back to normal after the Coronavirus pandemic.