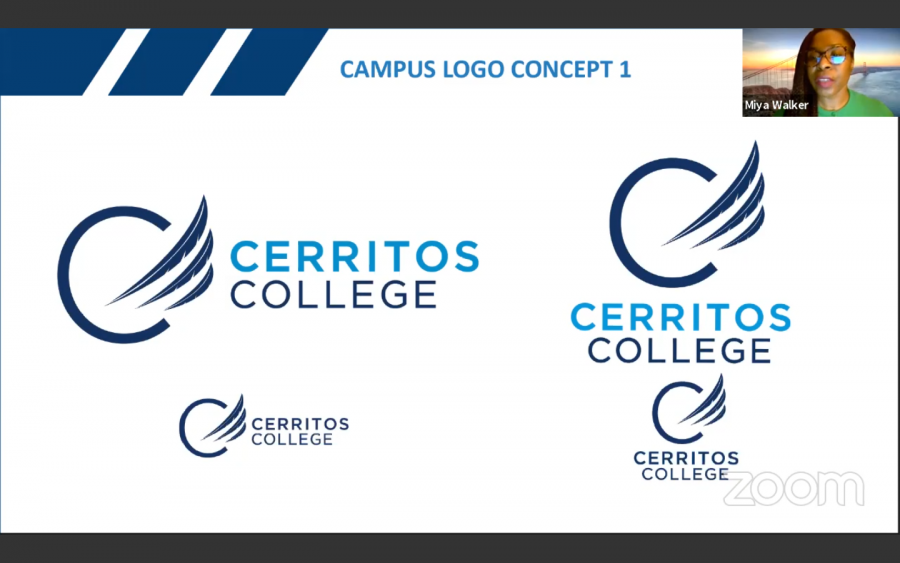 The winning design for Cerritos College's new logo. It was presented before the Board of Trustees on Nov. 18.

For the first time in 16 years, Cerritos College will adopt a new design for its official logo and retire the one that has represented the school since 2004. Implementation will follow a logo and branding transition scheduled for 2021 according to the administration, but the winning results of a student survey were presented to the Board Of Trustees during their meeting on  Nov. 18.

The announcement, made by Public Affairs director Maya Walker, also mentioned that the college has also redone the official seal, a correction to the 1956 year aspect.

The design was also tweaked, but only slightly, removing outlines and white backgrounds.

The original 2004 logo was intended to show the college’s ‘most iconic building’ which at the time was the main library at the center of campus.

The new logo is simply the letter C, with three feathers across the opening, all in the original navy blue color. ‘Cerritos’ is written in a lighter blue than ‘college.’

Trustee Zurich Lewis said the new logo was “welcoming” which is a key word that showed up often in the feedback.

Walker also showed the other concept design, which was a more structured Falcon design with crossing wings.

“Truth gives wings to strength” is the quote that reads along the bottom of the college’s seal. Board president, Marisa Perez, asked about the quotes origin and Walker revealed that no one in public affairs actually knows that information.

“It is a mystery,” Walker said.