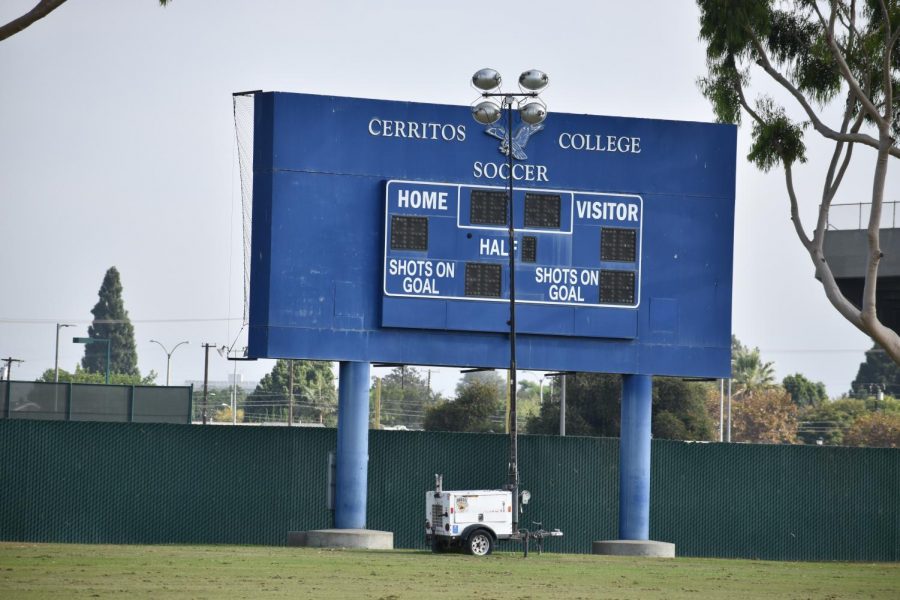 After a six-month investigation, the Office of Human Resources at Cerritos College says some of the sexual harassment allegations against several Cerritos College women’s soccer coaches were “sustained.”

“The Office of Human Resources determined that some of the allegations were sustained,” said Adriana Flores-Church, the vice president of Human Resources and assistant superintendent. Later on Wednesday afternoon, a public statement was posted on the college’s website. Neither the letter nor the statement detailed which allegations or which coaches were implicated in the investigation.

A Jan. 19 letter addressed to Ash Webb, the first former player to come forward and speak on her experiences while attending Cerritos, was posted on the alumni’s social media account.

Most of the coaches, such as former L.A. Galaxy competitor Memo Gonzales, are themselves accomplished and accoladed soccer players who, along with Cerritos, coach for other girls soccer programs in colleges, high schools and youth clubs.

Ruben Gonzalez, Ramirez, Rossi and Whitfield were all involved in several youth and competitive soccer programs in the Southern California region.

On Aug. 12 of last year, Webb posted a series of videos titled “sexual harassment I encountered at Cerritos College” on her Instagram account. She detailed a number of alleged incidents with coaches from her first time practicing on the pitch.

Several former players reached out to Webb afterwards sharing experiences of their own in the women’s soccer program. Webb also posted screenshots of their testimonial on Instagram.

From lewd comments to inappropriate invitations to one coaches home, Webb described an environment of unchecked sexual harassment and verbal abuse created by the coaches’ behavior and the lack of accountability within the program.

Talon Marks’ reporting found that the coaches were previously investigated for an earlier incident in 2018, following an incident that took place on one of the program’s annual trips to play in other regions of the U.S.

On this trip to Seattle, a former coach for the women’s soccer program, Jose Alfredo, alleges that he witnessed the coaching staff “drinking with five student athletes” while occupying multiple hotel rooms. A former player and team captain of the team, Alixandria Zabal, was on this trip, and corroborated stories of private get-togethers in coaches’ hotel rooms, players getting their phones taken at night and tape being placed on the outside of hotel doors.

While the team was under investigation, Zabal recalls Gonzalez instructing the team not to implicate him or the coaching staff or they would be jeopardizing their next trip to an out of state tournament. Zabal also alleges incidents where one coach, Brett Whitfield, made inappropriate and unwarranted advances on her on another trip via text message.

In August of last year, a statement in support of the coaches with a dozen signatories, all former players, was released. It was later discovered that many of the names on the document were forged, with at least five players claiming they didn’t even know the document existed. It is unclear who compiled the written statement, but one writer, Ruby Nichols, could not be reached for comment.

Early in September, Dr. Valyncia C. Raphael, the campus Diversity, Compliance, and Title IX coordinator, stepped down from her position without publicly explaining why. Administration also revised the Title IX policy, extending the 90-day investigation period to 180. She was later replaced by Dr. Lauren Elan Helsper.

“Any personnel actions which may occur as a result are pending and cannot be disclosed at this time. We also cannot disclose specific details of any allegations as their confidentiality is protected by law,” Flores-Church said, “When pending personnel actions become final, we will be able to share the fact that they occurred with you and the campus community.”

Webb, who has been facing legal challenges from some of the accused coaches, said she feels relieved that the investigation is finally over, but she is still awaiting the details of the investigation for her pending lawsuits.

“It’s been a long past months [sic] but I’m thankful,” Webb said.