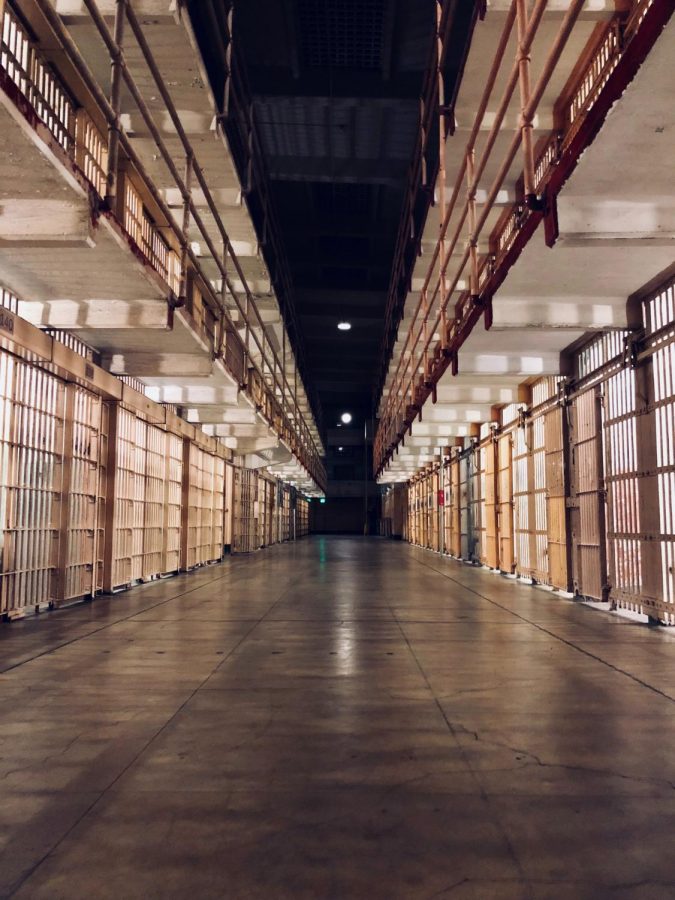 The film, which was streamed via zoom on Feb. 16, 2021, delves into the consequences of a convoluted loophole buried in the constitution. In the very same amendment that bars the institution of slavery in the United States, there lies a sinister exemption that excludes those convicted of crimes from the freedoms promised in this republic.

For a nation that only has roughly five percent of the world’s population, the United States holds 25% of the world’s prisoners. How does one country have such a large prison population? Why does the incarceration rate rise exponentially over decades? Why are Black people overrepresented in America’s prisons?

The answers to these questions were explored on Tuesday, Feb. 16 in the latest online event in the “Let’s Talk Series” by the Cerritos College Programming Board.

Hosts screened the 2016 documentary “13th” directed by Ava DuVernay and curated a discussion led by Sylvester Ani, a Cerritos College alumni and founder/CEO of The Love We Don’t See non-profit.

“Our education taught us that slavery was abolished in America,” said Ani, whose organization seeks to uplift intercity youth via opportunities in coding, entrepreneurship, financial literacy and other areas of skill development.

Also in attendance was ASCC President Valery Escobar, Senators Grace Medrano and Cerys Rotondo and Student Trustee Johnny Wallace, who said it was his first time seeing the film.

The film, which was streamed via Zoom, delves into the consequences of a convoluted loophole buried in the Constitution.

In the very same amendment that bars the institution of slavery in the United States, there lies a sinister exemption that excludes those convicted of crimes from the freedoms promised in this republic.

Most people, well aware of what rights you may lose in incarceration, may see this as justice; you do the crime, you do the time.

However, when you take into account that white supremacy, racism and hate outlived not only the institution of slavery, but the movement that passed the all important Civil Rights Act, the answer to the question, “Why does the US have 25% of the world’s criminals?” becomes more clear.

DuVernay begins with the historical relevance of “Birth of a Nation,” a 1915 film propagandizing both the perceived inferiority of the Black race, and the righteousness in white supremacy (told from the perspective of a Ku Klux Klan-member). The film was said to be an accurate prediction to the way race would operate in the United States.

From lynchings and Jim Crow to the War on Drugs, hate and prejudice has guided lawmaking for more than 150 years, targeting and destroying poorer communities of color through over-policing, stricter sentencing and criminalization via numerous conscripted campaigns resulting in a massive prison population and a booming prison-industrial complex.

Stephanie, one of the students in attendance, describes coming from a conservative Mexican-Filipino background, instilling a view of justice and politics that her college peers argued with.

“All my life I didn’t really care about racial discrimination. I thought it wasn’t my problem. I didn’t see the problems because it was literally introduced to me in college. I feel like before anything starts, we have to teach the new generation of kids that we have to be more equal, we have to be more accepting, we can’t just continue to discriminate,” she said.

“When I think about a solution and what it looks like,” said Ani, “You can’t reform a system that’s built in this, you need to come up with new systems and reimagine what public safety looks like.”

Ani proposes that one of the ways to begin changing this system is to change the environment or the job of policing.

He also discussed the 1619 project, a historical initiative developed by Nikole Hannah-Jones and other writers from The New York Times. It argues that “No aspect of the country that would be formed here has been untouched by the years of slavery that followed [the first American slave ship].”

Another Black History Month screening and discussion will be held at 7:30 p.m. on Friday where attendees will watch “The Work,” a documentary that takes place in Folsom Prison and features three men in a four-day therapy session.