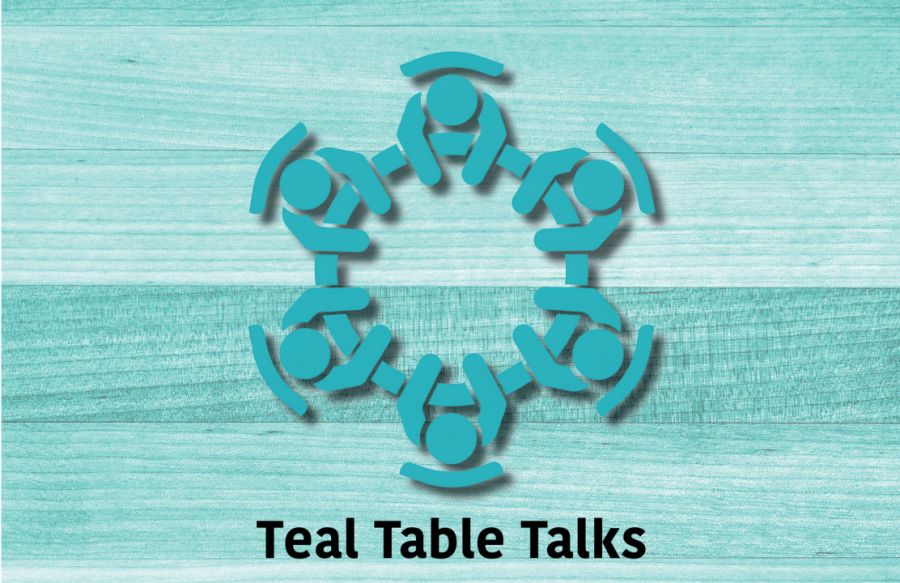 Teal Table Talks is a virtual monthly gathering for self-care or personal awareness through participation in a guided group activity or discussion. There will be a different topic/activity every month.

The guided discussion was on substance abuse and its role in Human Sex Trafficking. Stephany Ramos, the guest speaker, is a Human Trafficking Coordinator for the YMCA of Greater Los Angeles.

She discussed how traffickers use drugs as recruitment measures. They may go after those that are already known drug users. They also use drugs as a way to control the victim and keep them trapped in the trafficking situation.

Drugs are also used as a coping mechanism. “Many of the victims are being forced to have sex with anywhere from 25 to 35 men per day. The drugs are given to help them keep up with the demand or sometimes as a punishment,” Ramos said.

The traffickers may also ask for drugs in exchange for their victims and, in some cases, force victims to sell drugs for them as well as being sexually exploited.

The sad reality is that trafficking of illegal drugs and human trafficking quite often operate in tandem. Victims smuggle drugs across borders and are used as bait to recruit more people to continue this work.

Many victims use alcohol or drugs as a coping mechanism for their feelings about being sexually assaulted. Post-traumatic stress disorder often plagues victims, and drugs mitigate the symptoms of the disorder.

According to Ramos, human trafficking affects every demographic and culture. The traffickers exploit vulnerabilities to acquire more victims and it is this ability that is paramount regardless of socioeconomic background, race or gender.

“College students are vulnerable and at risk. Traffickers have switched to online recruitment using social media platforms to reach a whole new audience of victims. And they do not recognize the red flags or when someone is trying to take advantage of them,” said Angel Gray, Cerritos College victim’s advocate.

Other risk factors include history of childhood abuse, prior involvement in the child welfare system, poverty, unemployment, homelessness, family background strife with violence, abuse and conflict, a need to be loved, immigration status and lack of a strong support system.

At the end of the discussion Gray offered an opportunity for attendees to participate in an activity to help with losses of loved ones. “With the pandemic a lot of people are having to face losing someone. There have been so many people affected and its difficult to deal with,” Gray said.

April is Sexual Assault Awareness month and next month’s Teal Table Talk will be centered on this topic.

If you have been victimized or know someone who has and would like to have a safe space to have a difficult conversation, join Teal Table Talks every fourth Thursday of every month at 11:30 a.m.-1 p.m.