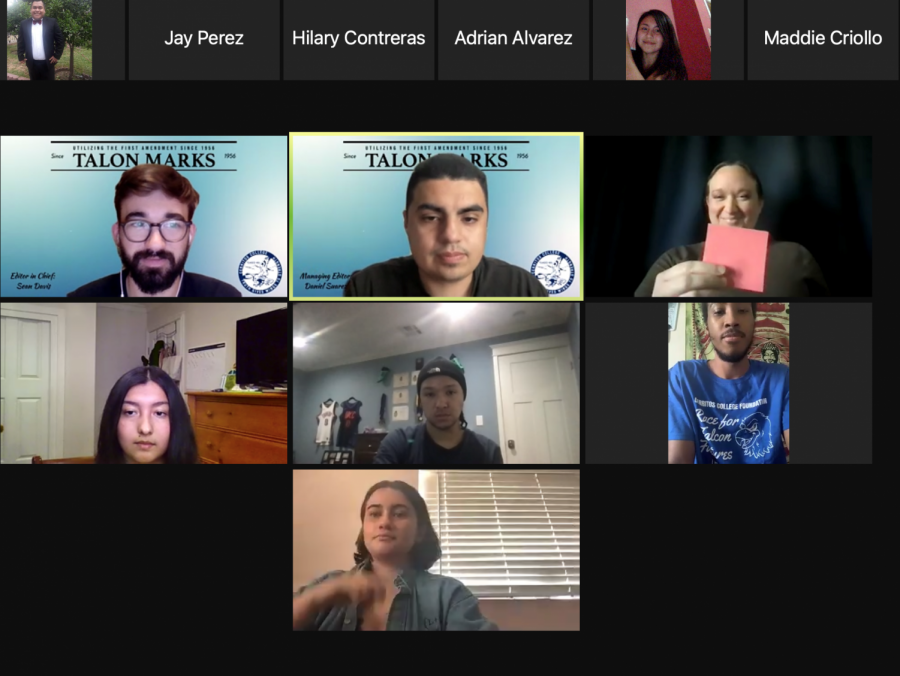 On March 30, 2021 at noon, students and other interested parties had an opportunity to meet the candidates who are running for student body President, Vice President and Student Trustee.

Running mates Sandra Abundio and Ethan McLaughlin are one set of students seeking election for the president and vice president positions, respectively. This duo are both freshman and new to student government.

Sandra energetically told the Zoom audience that her and Ethan both feel that the most major issue they both want to tackle is to increase the level of networking on campus.

“Not just to have or give that comforting feeling to students but to also get them to broaden their horizons on different major’s or different career opportunities. Personally I didn’t even really know about that you can run for president and stuff like that,” Abundio said.

“Networking is really important. As a freshman this year all I’ve known is online learning, and especially in the beginning, I found it hard to not only connect with the school but to connect with different students who might have the same transfer goals or career goals as me and I think it would be really useful to discuss and talk to people who have similar goals,” said McLaughlin.

According to their candidate statement, Abundio/McLaughlin they will focus on heightening Cerritos College spirit and experience even if it is behind a computer screen. Their campaign motto is “If elected, we will unmute your opinions.”

The next set of candidates includes the current student trustee, Johnny Wallace Jr. along with running mate Ashley Thomas.

Wallace indicated that if elected he would like to offer students more opportunities to further their advocacy. “I volunteer with beach clean-up as well as the food distribution that happens monthly on campus and I am also the recipient of an advocacy award within my own City of Long Beach for reaching out and the distribution of survival kits to my neighbors.

“I think that’s something I would really like to open up to students. I have always been an advocate for partnering with local municipalities and uplifting community members in response to things like COVID.

“The importance of their involvement in their communities is something I would like to bring this to the forefront of the minds of students,” said Wallace.

“I would like to bring to Cerritos College students a sense of comfort. Me and Johnny have experience in being at Cerritos for quite some time and I want everybody to have that comfort in being there,” said Thomas.

Running for Student Trustee, unopposed is Ninel Sutherland. Ninel, also a freshman, says that being a member of the ASCC has helped her to be able to speak in front of people and it has helped her to understands the guidelines such as the code of conduct.

Although she is new to the a position like Student Trustee, she said that ASCC has really helped her to grow as a person. As student trustee, Ninel would also focus on mental health issues, like more counselors and other mental health resources for students.

The elections will be held on April 7, 2021 starting at 12 p.m. until April 8, at 11:59 p.m. Cast your vote on Canvas by simply logging in and using the elections link that will be posted the day elections open.