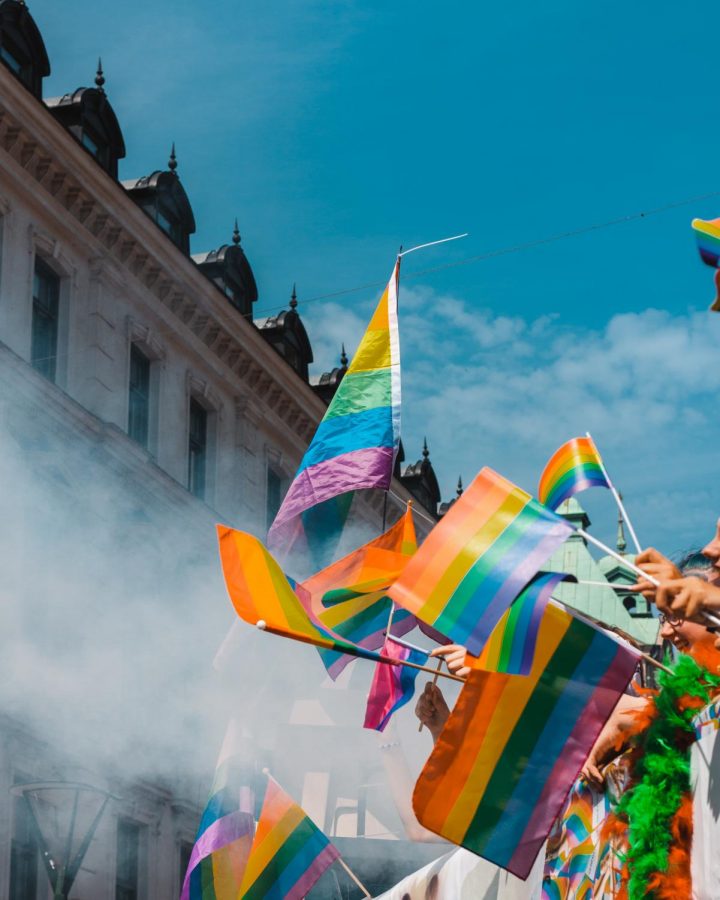 “We understand inclusivity in its largest part. In reference to Abraham in Sara’s tent, our tent is really open in many many ways,” Rabbi Eger said. The webinar was held in the afternoon on Tuesday April 6, 2021.

“God said, ‘Let us make a humankind.’ He did not say let us make a human race, Humankind,” Reverend Dr. Roger L. Culberson said to the virtual attendees, “And I love that word human, because it has, what I call, the hue in it, the hue I do believe we can find in the colors of the rainbow.”

Students, staff, faculty and religious leaders of different faiths nodded in agreement. As a part of the community himself, the Cerritos College chief of police Don Mueller facilitated a discussion with a rabbi and three reverends on the LGBTQ+ community.

The online public webinar titled “We Are All God’s Children,” went live on Tuesday, April 6.

The panel hosts said the intention of the panel was to show solidarity with those identifying as LGBTQ+ by providing a supportive space.

“We are all created by God, and God doesn’t know boundaries,” Mueller said, “We’re all children of God, every one of us. It’s man that makes all these differences and tries to make hierarchies.”

“I think what makes our congregation unique is that we talk about having a gay soul,” she said. Eger also brought up her congregation’s latest program, “Beyond the Binary,” which looks at the teachings of the six genders in Judaism and how it translates to those who identify as nonbinary.

“We understand inclusivity in its largest part. In reference to Abraham in Sara’s tent, our tent is really open in many many ways,” Eger said.

The faith leaders also unanimously condemned “reparative therapy,” which is a practice enforced by some religions who view homosexuality as a mental disorder needing of correction.

National Health Organizations have called reparative therapy “at best ineffective and at worst harmful to those who experience it.”

It’s illegal in California but still affects tens of thousands of people every year and ending it remains a top priority for LGBTQ+ rights advocates.

“One of the (problems) is how dangerous reparative therapy can be. Why are we trying to change things when God made us exactly who we are supposed to be?” Mueller said.

He recounted having friends who underwent conversion therapy and were traumatized by their experiences.

“They were told that if they prayed enough and confessed enough, their sexual orientation would naturally change. After a year or two year, nothing changes. They would get desperate.”

Another panelist with personal experience on this subject was Reverend Alejandro Escoto from Founders Metropolitan Community Church in Los Angeles.

Escoto also touched on the harms of homophobia and transphobia in the family and the culture.

“Coming from a latinx Roman Catholic family, my religion tried to tell me how I should be. Do you know how macho I am not? Forget me being sent to an ex-gay camp, my family tried to make me an ex-gay person,” Escoto said.

In his own faith, Escoto said he found acceptance and salvation. “God does not make mistakes. We are not a sin,” he said.

The panel took some questions in the last few minutes of the webinar.

One asked what support the campus can provide to better serve LGBTQ+ students and staff.

“They need to have support on the campus. Any allies on here need to ask how can we come together to support and create a community on campus where students have a place to go [and] have [a] healthy study environment on the campus,” Reverend Thornhill said.

He also expressed his willingness to return and talk to students again.