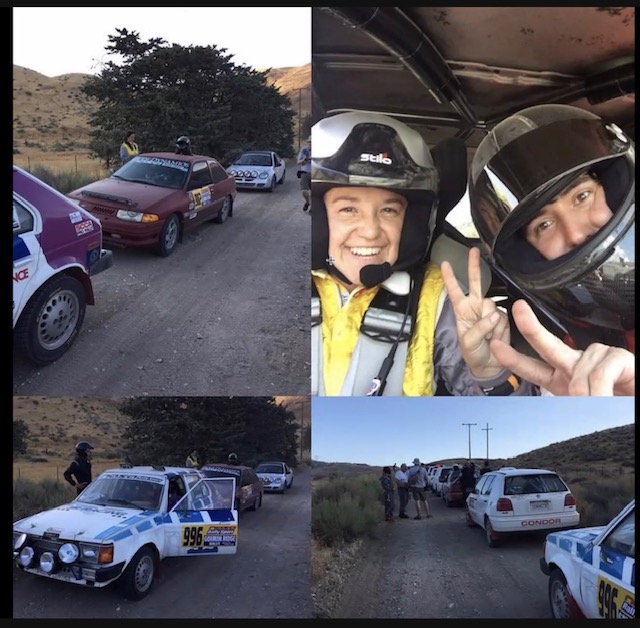 Cerritos College alumni association shares photos of Eli and some of his racing vehicles. April 29.

Villa said that he would drive his then partner to Cerritos because that’s where she was attending at the time. This is where he met Mr. Glick, instructor and the person who gave him insight about the Automotive Technology program and what it entailed.

Realizing the automotive program was more valuable to what he wanted to do in life, he transferred to Cerritos College. After transferring, he became a part of the Import Technician training program, which led him to volunteer at different shops.

He said what really started the ball rolling was taking on what he thought was an overzealous project which was an old beat up 1970 beetle. “I met a good friend who ended up becoming a mentor.

“This older gentleman basically built pro drag racing motors. He hung out with all the racing legends who made Volkswagens as big as they were. This gentleman mentored me on engine building,” said Villa

Villa indicated that he spent some years under this mentor’s tutelage. After some time, he transitioned to another Motorsports endeavor which was fabrication and roll cage building. It was at this time he met another good friend who also became another mentor.

“I expanded from there. Because I enjoy automotive, every part of it from engines to the driving experience. This led to me getting more and more into motor sports,” he said.

It was at this time his second mentor suggested to him that he should go to the track and have a good time. He encouraged Eli to race and he immediately became addicted.

He said once he discovered how expensive racing is, he began to formulate a plan and search for ways to mitigate the cost so that he could continue enjoying the sport he was falling so deeply for.

“There was a series under SCCA that was called B-spec. B-spec was an option to get a low budget vehicle that you build up with a cage and suspension. This vehicle you can race with it.

“It’s reliable and does not require that you do anything with the engine. This idea creates an even playing field so that it’s all about skill and not money and parts,” he said.

As more time passed, he saw what his mentor was involved in and wanted to follow in his footsteps to make more money to continue his racing endeavors. His mentor suggested that he begin to pick-up newer cars and build parts for those vehicles.

He said he started making basic parts and they began to sell and slowly began to build up. Soon it moved from parts to exhaust to connecting with different people. During this time he became more and more involved in motor sports.

“I started working for a manufacturer of high end racing equipment, including racing suits, driver equipment, helmets, boots. Stand 21 is based in France,

“They are the official supplier for corvette racing and Fortunate Motor sport. Plus they are the leading company as far as safety their merchandise is far above everyone else. They made everything custom from head to toe,” he said.

Villa said that working for this company led him to travel a lot and he experienced a lot in the world of racing. He experienced off-road, trophy trucks, Baja 1000, Baja 500, land speed racing such as Bonneville Salt Flats and Porsche racing series.

“I experienced a lot of pro level motorsports stuff which encouraged me to continue to build and build. I moved to Washington state and continued to expand and followed my passion which is Motorsports racing. My flagship vehicle is the KIA Rio,” he said.

Villa suggested that if you are a person who is interested in getting involved in Motorsports, you would first need to decide what type of racing you will want to do.

“The simplest thing you can do is to have a car, does not have to be brand new or super expensive, it just needs to run, have oil and brake pads you will be fine. Register online with the Motorsports registry and do a track event.

He ended by telling students that the trades are an excellent way to earn a very good living, if that is where your interests lie.

“Crews are always sought after and that will give you a gist of what’s going on. You get to be a part of the team and learn what the rules are, what’s involved, how a car works and get to know people in the industry,” he said.