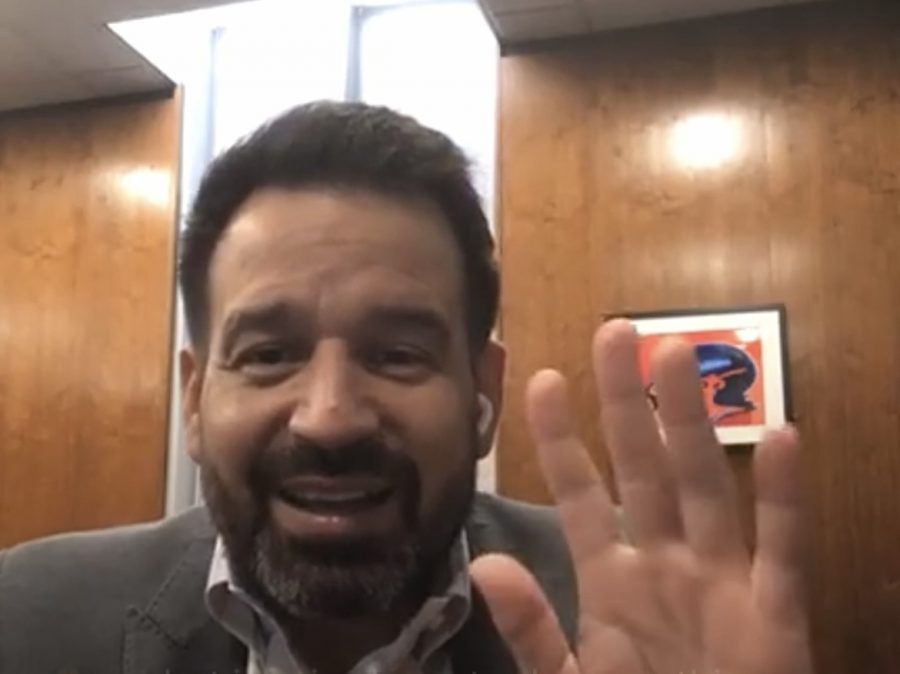 President Fierro acknowledges viewers as they join his Instagram live for President's Hour. Students, staff, parents and visitors ask questions regarding any updates Fierro has about Cerritos College on Aug. 31, 2021.

Fierro announced that starting Friday, Oct. 1, the vaccine mandate will be implemented at Cerritos College campus. Students who decide not to get vaccinated will be tested weekly and must present proof of a negative test result.

When students arrive on campus, they must check in at a health screening kiosk and prove they have no symptoms. They will receive a QR code displaying proof they are healthy and get a wristband that grants them campus access.

Fierro announced, “If you have no proof of testing, the screen will give you a red bar which means that you will not be allowed on campus.”

If the bar displays green, a student is free to come onto campus.

This rule applies to everyone on campus, including faculty, staff, students and visitors.

“In my experience, students have done well with the procedures we have set in order to be able to be on campus,” Fierro. “I’m very thankful to everyone who has been following the regulations.”

Fierro elaborates, “The mask mandates seem to be working. Even though the vaccines are not 100% effective, the vaccinations are doing what they’re supposed to be doing, which is preventing you from getting extremely sick.”

He explains how the vaccine can definitely bring down the chances of someone being hospitalized or gravely ill which is important.

“It is a matter of creating layers of protection,” the president said.

Fierro also informed viewers that the library had to close as a result of the air conditioning breaking down. He said It is crucial for the air filter to be fully functioning because it helps reduce airborne contaminants including COVID-19.

The president also mentioned that as of now Cerritos College will not be holding any in-person events on campus due to safety precautions.

Viewers on Instagram live showed gratitude to Dr. Fierro for the safety protocols he has implemented, such as the check-in kiosk.

“I wish I could take 100% credit for that idea but I can’t. It has been a group effort, I meet weekly with a group of very smart people,” Fierro said as he acknowledged the faculty center president, the faculty union president, managers and representatives from the confidential staff at Cerritos College.

Fierro notifies viewers that he’s usually in his office or walking around campus. If a person would like to set up an appointment, they may visit him online or in-person or on his website.

The dean of students along with the Associated Students of Cerritos College offer activities for students to be able to socialize during the pandemic.

Fierro expressed deeply how part of the college experience is to make long-lasting relationships and friendships.

Fierro concluded with warm gratitude to those who took the time to stop by his President’s Hour Instagram live.