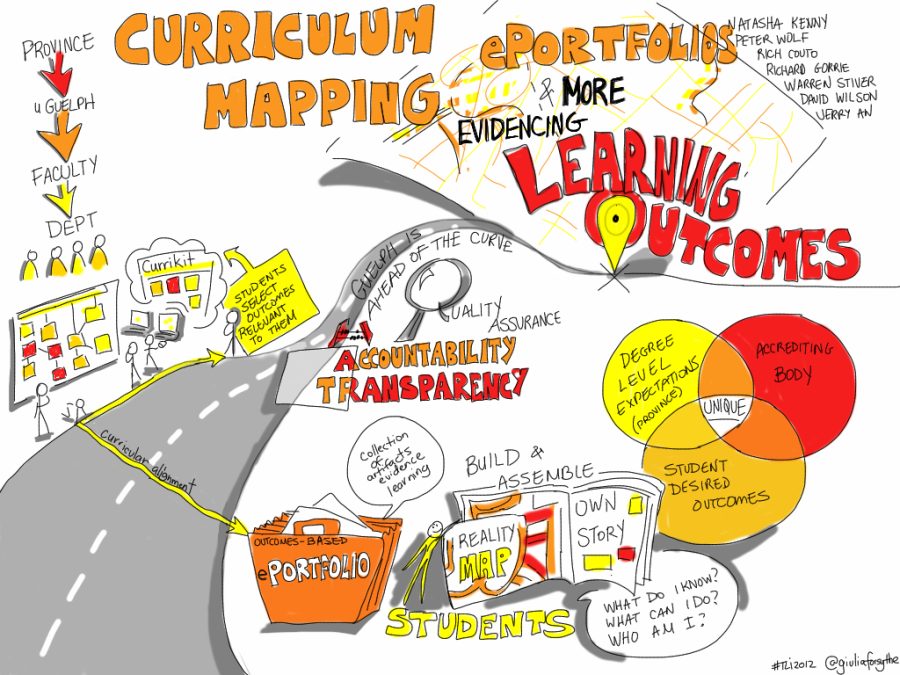 This is a drawing of Curriculum Planning and that shows the learning outcomes and accountability that were talked about SLO's (Student Learning Outcomes).

Cerritos College received an email from Accrediting Commission for Community and Junior Colleges (ACCJC) stating, “the Commission acted to reaffirm accreditation for the remainder of the cycle.”

Every six years, the ACCJC will be reviewing Cerritos College (in the spring of 2024) and will have a mid-year report every three years.

“I am proud our team successfully conducted a thorough, collaborative evaluation of the campus,” said Dr. Jose Fierro, Cerritos College’s president and superintendent.

Lee Anne Mcllroy, who is the Student Learning Outcomes (SLO) coordinator, is a part of the ESL faculty and is a professor in liberal arts. Mcllroy is passionate about learning, philosophy, animals, reading, nature and her family.

When asked about her plans down the road, Mcllroy talked about presenting at the International TESOL Conference, continuing research from East Africa and publishing a book called, Sleeping With Lions, which is about living and working in Tanzania.

The liberal arts professor went on to say, “I think that they (SLO’s) are more meaningful than grades.” She also mentioned, “they (students) got the grade, but did they get the skill?”

The SLO coordinator talked about what SLO’s should do, “by the end of the semester, we are promising them (students) that they will learn these skills.”

The liberal arts professor brought up another purpose for SLOs, “to see how students are learning and if there are any gaps there,” she said.

Mcllroy spoke on what makes a good SLO, “a specific action verb and a measurable skill.”

The professor explained how helpful Dr. Linda Clowers and Dr. Amber Hroch are in fixing the issues ACCJC pointed out.

The first main issue ACCJC pointed to was that the SLO’s on the syllabi were different from the course outline of record (“official”). Secondly, some of the syllabi were not being posted to Rosters+.

The recommendation that the ACCJC mentioned was to, “disaggregate the SLO data”, which Professor Mcllroy talked about in detail. “Now, professors have to submit their syllabi before they can download their rosters,” Professor Mcllroy said.

The SLO coordinator also defined Elumen, which is where the curriculum and the SLO’s assessments are placed.

She talked about the importance of communication with faculty, “I think it’s made us all aware that we can improve on our communication.”

One of the main things Mcllroy learned from being the SLO Coordinator is, “just because someone doesn’t do it the same way I do it, doesn’t mean they don’t care.”

Mcllroy pointed out some animosity she received, “I felt like because she was cooperating with the administration, my intentions were questioned as a faculty member.”

Obazuaye, who is a faculty advisor for the CCMUN (Cerritos College Model United Nations) Club, serves for Instructional Programming Review Committee and is a Political Science Professor.

The political science Professor likes to walk, hike and read in his spare time and wants to develop a curriculum for a global citizenship course.

Obazuaye backed up what Mcllroy told me in her interview, which was the SLO assessments are required to be posted on Elumen.

The faculty advisor also backed up the claim that professors are trained to use Elumen to post SLO assessments from the course outline of records in Rosters+ to ACCJC.