Women are worthy of a celebration 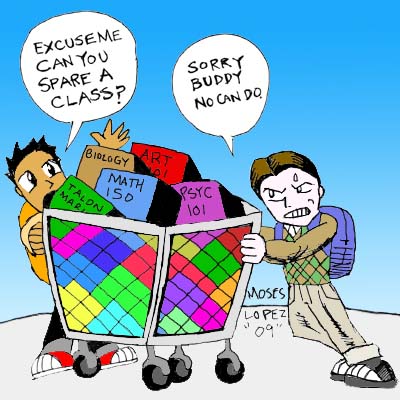 The history of women has not always been worthy of celebration, but recent generations of women have made great strides in the United States.

For much of history women were not allowed to receive any sort of formal education.

However, since 2000, women have outnumbered their male counterparts on college campuses with women making up approximately 57 percent of the student body.

This is a great achievement on behalf of women across the country, but the problem remains that degrees do not equal employment.

In 2008, women made up only 48 percent of the labor force in America. The good news is that number has slowly risen over the previous generations.

However, considering the fact that females make up 50.7 percent of the population, it’s easy to see that, although close, the gap has not quite been bridged.

Another area in the fight for equality that has improved but is still not good enough is equal pay for men and women.

Nearly 47 years after the Equal Pay Act of 1963, women still only make 85 percent salary compared to their male counterparts.

This issue is so important that the first congressional act that President Obama signed was the Lilly Ledbetter Fair Pay Act of 2009, which gives women more robust protection against pay discrimination.

One of the most famous female CEOs is Meg Whitman, former CEO of Ebay. Whitman is now taking the bold step of running for governor of California.

Her running for politics is another indication of women making great progress in government as well.

Currently, the U.S. Congress is composed of 76 female representatives and 17 female senators, including both senators from California and the speaker of the house.

Also, for the second time in history a female was nominated for vice president of a major political party in 2008. While these statistics are promising, women across the country still await the day a female president will be sworn into office.

Thanks to recent generations of girls growing up under the protection of Title IX, females have made great advancements in athletic representation as well.

Over the past 15 years, professional female athletes (something that was unheard of 70 years ago) have found a home in the WNBA, WPSL, A-AGPBL, NPF, LPGA, and WTA.

These leagues are a great start for female athletes, but most are extremely less popular and profitable than male professional sports leagues.

Women still have leaps and bounds that need to be made concerning equality, but women today are far more equal than even many of their mothers were a generation ago.

So, while praising the great heroes in women’s history let’s not forget to consider the history that still needs to be made.