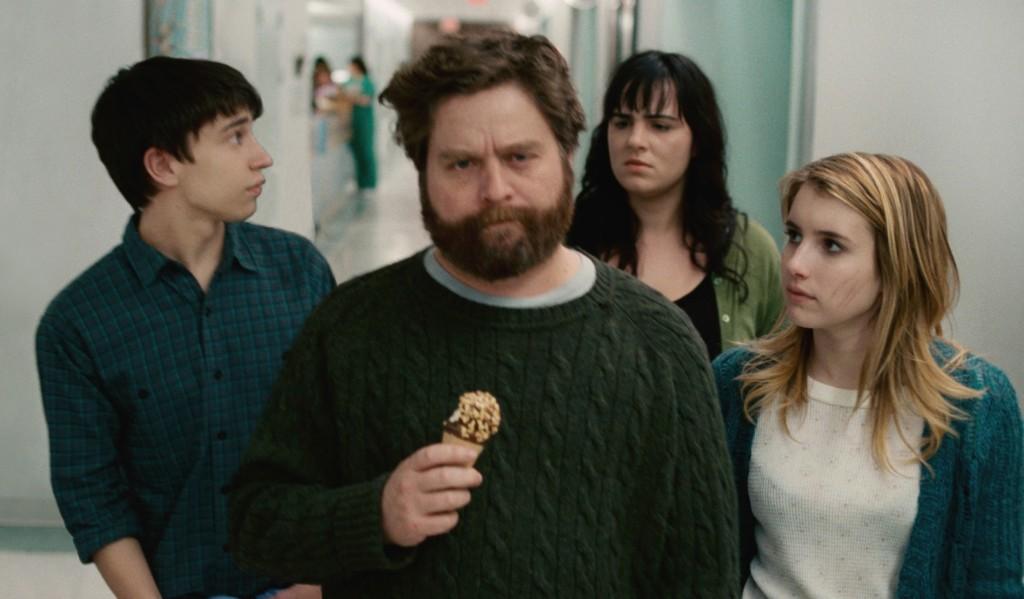 The film is based on a semi-autobiographical novel by Ned Vizzini of the same name.

“It’s Kind of a Funny Story” is a self-professed dramedy, directed and written by Anna Boden and Ryan Fleck, the team responsible for 2006’s critically acclaimed “Half Nelson.”

“Funny Story,” unfortunately carries none of the same poignancy of this team’s most eminent endeavor.

It’s neither funny enough to be a “funny story,” nor powerful enough to truly move the viewer.

The bulk of the film is composed of painfully lame and childish scenes that you would expect from a PG-rated film (this one is PG-13), a plethora of jokes that fall totally flat and generally poor storytelling.

Craig contemplates suicide on multiple occasions and eventually feels the need to check himself into a psychiatric hospital.

He soon realizes that this decision may have been a mistake, considering most of the people inhabiting this place had serious major issues, whereas Craig did not.

In his time in the hospital, Craig meets new people who apparently help him realize this, and make his life happier in the long run.

The character of Craig is in no way outstandingly interesting.

Though Craig’s common troubles, some humorous and others serious, are supposed to generate a sense of sentiment or comedy within the audience, they procure only a sadly awkward figure.

She was so deeply unlikable, and truly embodied all that is wrong with this movie.

Noelle meets Craig in the hospital and proceeds to tease and flirt with him until a relationship is established.

She is the epitome of a throwaway character in this film.

Devoid of personality, her sole purposes in this film are to act as generically cute as possible, make our main character feel uncomfortable and respond to situations just as I believe a common middle school girl would.

“It’s Kind of a Funny Story,” engulfed by its flaws, does possess a couple of somewhat redeeming qualities.

One of those is Zach Galifianakis.  He plays Bobby, one of Craig’s fellow patients and his mentor in the hospital.

Galifiankis’s turn as an internally troubled father in this film should be applauded, as his performance is both compelling and believable.

He does as best as he can with the story presented, and really showcases his impressive acting chops in the process, deviating from the hilarious roles he’s become known for.

Admittedly, there are a couple of scenes in this movie that are genuinely heartfelt and enjoyable.

Though they are indubitably few and far between, they do an admirable job of expressing the film’s underlying themes, and the film’s ultimate message is a good one.

The bottom line is that this dramedy delivers on neither the “drama” nor the “comedy” halves of the term, and by the time you want to feel good about this movie, all of its flaws, fresh in your mind, come rushing back.

One and a half stars out of four.