People need to be educated about women’s history month 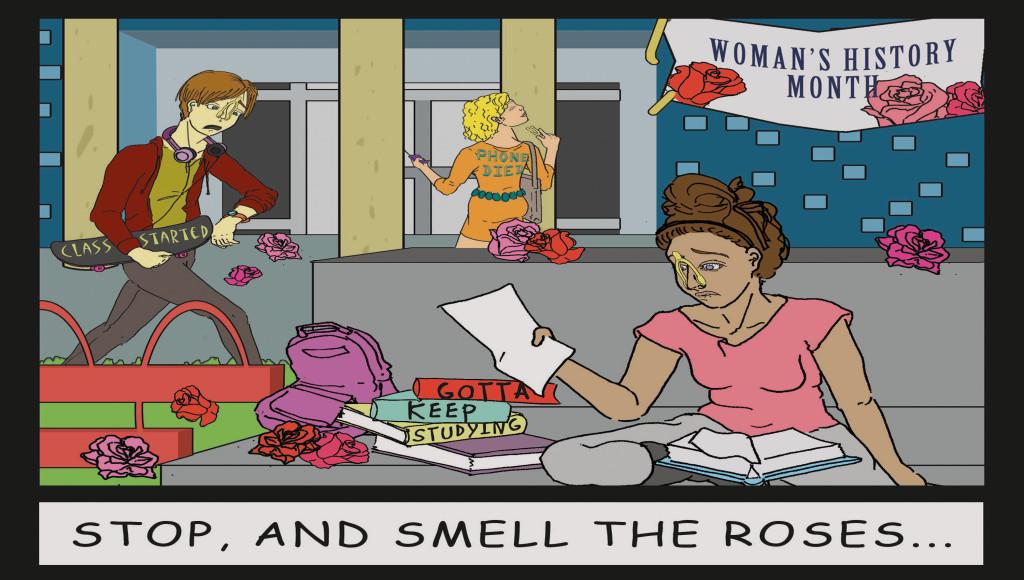 Almost no one knows that the month of March is supposed to be a celebration of women and everything they do in daily life and have done in history.

It should be just as widely known as Black History Month, not just pushed aside and not thought of.

It’s hard to be proud of the accomplishments of women during this month if you have no clue what they have done or that this is the month set aside for them.

Granted, part of the problem is that it isn’t as heavy in the media, but that excuse can only go so far. There is a point when you should stop getting all of your information from Facebook or the commercials that are shown for the news in-between the sitcom you are watching.

That point is called college.

This month is for the women such as Maya Angelou, author of “Why the Caged Bird Sings” and Gloria Steinman who was the founder of “Ms.” Magazine or your mother for giving birth to you.

You would think that this was only a problem with men.

But that is not the case; women are just as guilty when it comes to sweeping this month under the rug.

Cerritos College had events throughout the month celebrating women’s history.

With posters plastered all over campus, all students had to do was open their eyes and see what was going on in their campus.

The information is out there, people just need to use it.

Everyone knows a woman, loves or cares about a woman; we should be showing our appreciation for all that she has done.

Not only that but our appreciation for what the women before her had to do to make sure she had the right to vote, own her own land, and get an education as well.