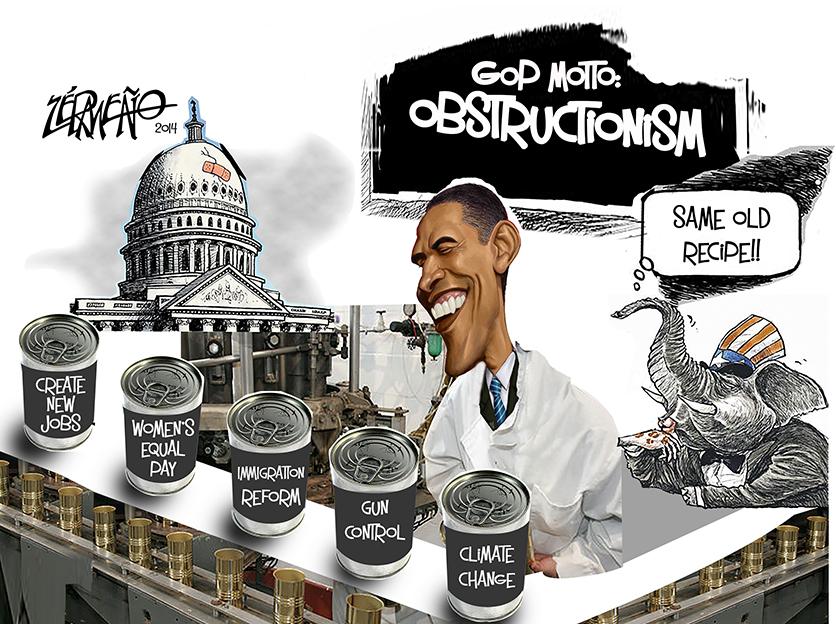 “It is you, our citizens, who make the state of our union strong,” stated President Barrack Obama, during the Jan. 28 State of the Union address.

That statement does hold some truth.

As citizens of a democratic nation, we have the luxury of voting for representatives and officials to handle our government.

Together we as citizens, according to President Obama, have created the lowest unemployment rates in five years, and have made America the number one place to invest for businesses worldwide.

Individual stories were told of hard working middle class families and people striving to do there best were used to help the masses feel at ease in this troubling economy.

It’s when talks turned to this upcoming year that listeners might have heard some more familiar news and terms.

Healthcare, immigration, inequality, the return of troops, and reform were just some of the topics that were discussed at length for the duration of the speech.

As touching as it may all sound, these are topics that have either been promised before, or were brushed aside just as people began paying more attention to them.

Since 2001, we have been talking feverishly about bringing our troops home from Afghanistan.

Soldiers who risk their lives every day to keep our country safe in a war 13 years running. This year, another promise was made to bring back all of our troops, but their is no guarantee that it will actually happen.

With the same promise made again, it is no wonder that the Pew Research Center is showing that 52% of Americans are considering that the United States has failed to reach goals in Afghanistan and Iraq.

When discussion turned more homeward, the President touched on two subjects that should have been discussed more before moving on: women’s equality in the workforce and minimum wage.

On the brief venture of equal rights, President Obama correctly concluded that the current minimum wage leaves workers in a state of poverty, while women make less money then men do per dollar, and are often looked down upon in the workforce.

Both of these topics having been gaining attention for years, with more and more people supporting them every day, but were only addressed for what amounted into a few paragraphs on paper.

The strike to raise minimum wage has been ridiculed by various news stations as a ridiculous attempt by teenagers and young adults alike to receive more money for less work.

The Bureau of Labor Statistics in a 2012 article revealed this not to be the case.

“Although workers under age 25 represented only about one-fifth of hourly paid workers, they made up about half of those paid the Federal minimum wage or less.” (1.usa.gov/1fjWjwU)

As members of this nation we shouldn’t have to be told what we need to improve to make ourselves better, we should actively being doing it.

If you don’t like certain aspect of what we are doing as a nation, tell your local representative.

Join the thousands around the nation who have begun to speak up about raising the minimum wage to livable conditions.

Help gender equality by hiring men and women, then paying them the same for the same amount of work.

Insist on making changes you want to see, so that way we don’t have to listen to another president repeat the same line every year.