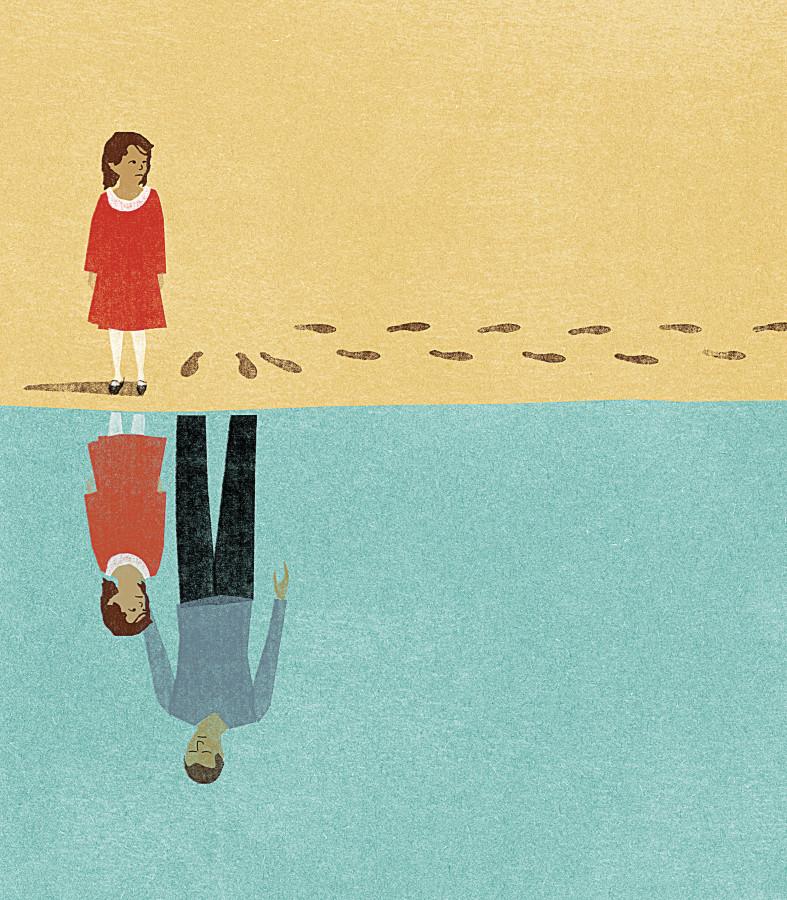 Courtesy of Troy Oxford: Illustration of a young girl standing alone with a sad expression next to a pond while her reflection shows her standing with her father. (The Dallas Morning News/MCT)

Certainly, it’s always common knowledge that we’re all going to die at some point. But, I mean, it’s not always “there, there” – it’s always in the back of your mind.

It’s almost cyclical. You forget about the inevitable fate that binds us all as mortals – we can die.

There always seems to be something that sucks you back in. Something that makes it too close to home. The media is a prime example.

Death is always there. But when it gets to you personally; when, again, it gets too close to home. It really makes one start to reflect. Start to ponder.

You look at a young 20-year-old woman, Jasmine Cornejo.

You can go on and on and on about “back-to-back soccer champion” or this and that and the other thing. But what truly matters is that in death, you have individuals talking about her bubbly ways; her “smiley” attitude.

That’s what matters, the person, the heart that beats inside.

When it’s all said and done, you simply have a good person who died an early death at 20.

A man who kept this campus secure, safe for all of us as students; yet, it seems like he couldn’t even save himself.

Nancy Kelly, a legendary coach, who has this softball field here on campus named after her.

Even the Los Angeles Sparks – yes, the WNBA team – has the court honored in her memory.

A woman who has her own scholarship for students; taken by illness.

Just like that, you have three people, three lives and three deaths.

And you ask that ineivitable question to yourself – why? Why do these things happen all around one another.

Who’s responsibility is it? Who’s given the right to be judge, jury and executioner in this little game of life.

Why does one die, and another live? The theories pile – the idea of purpose; perhaps the idea that this truly is all for naught and we are just mere organisms inhabiting an existence that simply serves a simple function – which is to simply live.

In either case, there are more questions raised than answers.

Think about Cornejo – 20-years-old – how many of you are that age, right now?

Imagine dying in an instant.

How many of you think the end of the line for you is 47 – that’s what it was for Bukowiecki.

Not to be dark, but it’s times like these, with almost a literal death in the air, that one can’t help, but think about one’s mortality.

And, certainly, you hear that all the time, but there’s a reason you do. That’s because death’s a fickle thing. It will always come in cycles to remind you of your mortality. And, one day, that cycle will reach your heart, and serve you as an example for someone else.

Not to sound precious or sappy, but, damn, just be you, and appreciate and recognize the person, the life and the accomplishments you have in your life.