Free tuition has no downsides 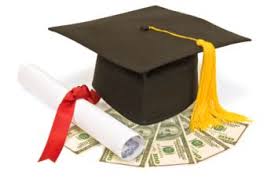 Obama’s proposal to give free community college to everyone in the United States is a beautiful idea.

Obama’s current proposal, if it is passed into law, would require people to maintain a 2.5 GPA and attend community college as a half time student.

Obviously this law will go under some form of change while it goes through the hands of the lawmakers on Capitol Hill, yet it would be a law that would benefit so many people.

This country would follow in the footsteps of Germany. Last year Germany passed a law that provided free tuition, even for foreigners.

If Germany can do it, then why not America?

In a recent study by The American Association of Community Colleges, it found out that tuition on community college can run up to $12,000 a year. For non-residents it could cost $30,000.

This would give a tremendous relief to people who are trying make ends meet. Not only that, but it would have a potential upside that it can eventually bring to the economy.

The only thing I fear is that Obama will face a lot of roadblocks in the future. He has been fighting the republicans ever since he came into office.

However, this potential law goes beyond politics. This is a matter of improving the lives of everyone.

I don’t see the problem with this idea, other than protest from people who hate to pay taxes.

Yes, it will cost money, but it pales in comparison when it comes to how much the U.S Military budget is.

According to USA Today, the country spends more than 600 billion dollars on its military.

Access to education is a fundamental right that everyone deserves.

In order to make this a reality we need to voice our needs for education.

We need to put pressure on the government and the politicians so we can educate the masses for the greater good of the country.