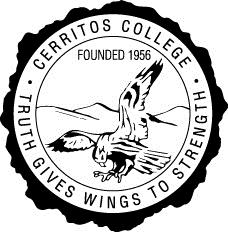 Inside of ASCC Senate meetings, there is one phrase that is thrown around a lot: “for the students.” Each and every senator claims to be for the students, 500 per senator to be exact.

However, it is hard to believe the commitment of some members of Senate to the students when they appear to just want to leave room BK 111 as soon as possible.

The biggest problem is that some of the senators seem to be generally uninformed or misinformed about agenda items, yet they still vote without asking questions.

We need to have our student representatives informed on what they’re voting on and that means not just taking the “official” explanations and information. It means going outside of what one person tells you and digging for your own information. It means actually going out there and talking to your constituents.

Of all the Cerritos College students, how many know that there are student senators? How many students does a senator know? All of the 500 that are divided among each senator?

We need to have them out and about and informing students that they have voices that can support or veto an idea or issue. Students need to be taught that they have the power to control how ASCC spends their money.

The faces of exasperation when one senator asks questions regarding an agenda for the sake of clarification is, quite frankly, disgusting.

These are our fellow students who represent us? Those who would rather vote on items for the sake of getting out of the meeting rather than make an informed decision?

There seems to be a schism between ASCC Senate and the student body outside of the room, as well as a gap between senators. ASCC Senate has become an almost exclusive club with the same people who attend events and are in the know, all the while claiming to be “for the students.”

What ASCC Senate needs is informed and inquisitive senators who won’t take everything at face value because of the language that’s used. “Core values” and “for the students” should have meaning.

We don’t need to emulate our federal government by having personal agendas, uninformed senators and disconnect between an elected official and his constituents.

If we want to instill the idea that we can make a difference in government, big or small, our so-called student representatives need to step up their game and lead by example.