Where did the Falcon fly to? 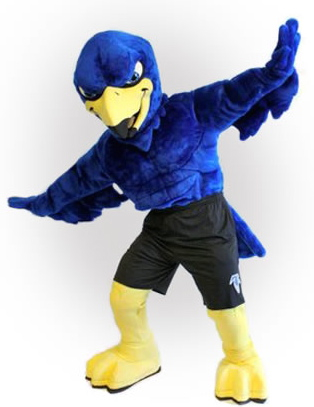 Whenever people go to a sporting event, there should be a mascot with the cheerleading team cheering on the team and helping it win the game.

Along with cheering on the team, the mascot is also supposed to get the fans cheering and pumped up to cheer on their team. Here at Cerritos College, that is not the case.

For all the sporting events here at Cerritos, there has not been any mascot on duty to pump up the crowd in any of the home games. Whether it’s a baseball, basketball or a softball game, there is no mascot to be found.

Having a mascot is a part of the reason why people go to sporting events.

The mascot plays a big role in sporting events and taking part in them. One role that he plays is representing the school and all its efforts in sporting events. He does dance routines and tricks with the cheerleaders to help get the crowd running to cheer on the team.

Without the mascot, the home team’s energy will diminish, it won’t play with full enthusiasm and the home crowd won’t have any energy flowing through it, which can possibly lead the home team to lose the game.

The majority of professional sporting events have mascots there on the sidelines, but why don’t we have one?

Overall, there should be a mascot at not only every home game, but every away game as well. That should help the teams win some more games.