Where are the Dodgers? 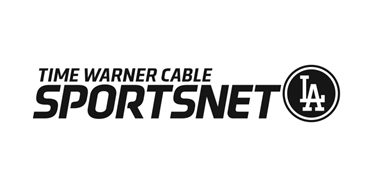 As the Los Angeles Dodgers start another baseball season, there is one question that runs through every Dodgers fan: Will we be able to watch the Dodgers games now?

The answer to that is no, unless you subscribe to Time Warner Cable. It is the only cable provider that owns the right to show Dodger games on a regular basis, via the channel SportsNetLA.

Dodger games should be open to the public. The only reason why Time Warner Cable is the only TV provider with Dodger games is because of money and that it enhances the attendance of the games. So since people can’t watch the games from home, they will come to the home stretches.

You may be able to catch a couple of games on ESPN or FOX 11, but it doesn’t compare to being able to watch every game every day. If the Dodgers make it to the playoffs, luckily fans get to watch games on FOX 11 and on TBS, but that is only for playoffs. How else can you watch a Dodger game?

Another way you can watch a Dodger game is if you buy tickets to a game and watch them live in person. That’s a better experience, but the problem with that is the fact of paying so much money to go to so many games.

Fortunately, Time Warner Cable was nice enough to allow the last six games of the 2014 season to play for every cable company, with the Dodgers clinching a playoff spot during that six-game showing.

It is not fair to the local Los Angeles residents to have to suffer not being able to watch the Dodgers and not be able to watch America’s favorite past time. It is also not fair for the Dodger fans that cannot afford to have cable since it would cost more to go to the games.

If the Dodgers want the games to be public again, they need to have talks with the other TV providers and see if they can reach an agreement with each other to show games again.