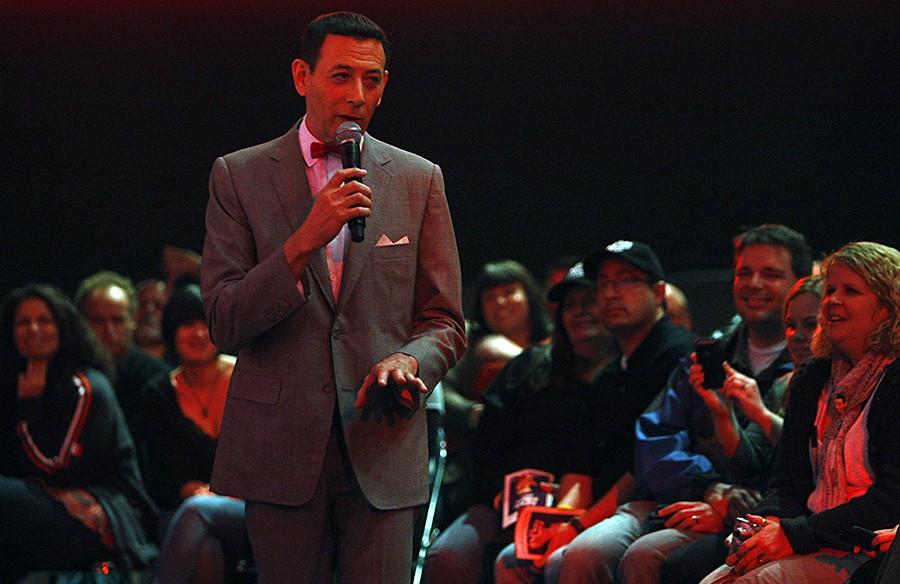 Batman fans will tune in to Fox TV Show Gotham and will be eyeing Paul Rubens’ most exciting role in years.

Rubens is best known for his comedy persona “Pee-Wee Herman” and for his past mistakes.

He is no stranger to the Batman franchise as he portrayed the father of the Penguin in the 1992 film ‘Batman Returns’.

He will debut on the Gotham TV Show for the very same role but obviously with a different back story.

Rubens is lucky he was Penguin’s dad in the 90’s film.

His role on Gotham can potentially revitalize his career.

Many fans don’t think he has had a role to bring back his star power since the 1999 film ‘Mystery Men’.

At best the only thing that has kept his name circulating is his voice-over work for TV films and video games.

The fact that Gotham is not an animated TV Show finally gives him the opportunity to make a physical appearance once again.

Ruben return could be compared with Robert Downey Jr., when he was able to revitalize his career with Iron Man.

People love Gotham, and the Penguin is one of the most powerful villains currently on the show.

Penguin’s mother acts sweet and nurturing with him and it will be exciting to see if Rubens can be evil on screen.

He will find success with this role as it is also his chance to show Hollywood he is capable of other performances.

It is going to be interesting seeing Rubens in Gotham due that comedy is the main category he is placed in.

Penguin’s father must be the reason the Penguin developed a violent personality and turned to crime.

Many would say the reasoning for Fox recruiting Rubens was because the network excepted competition from other networks.

People love controversy and critics would imagine this move was done because Lady Gaga is on American Horror Story this season.

Fox must have figured although some fans think she’s weird they love her so why not get Paul Rubens on Gotham.