My culture is not your costume 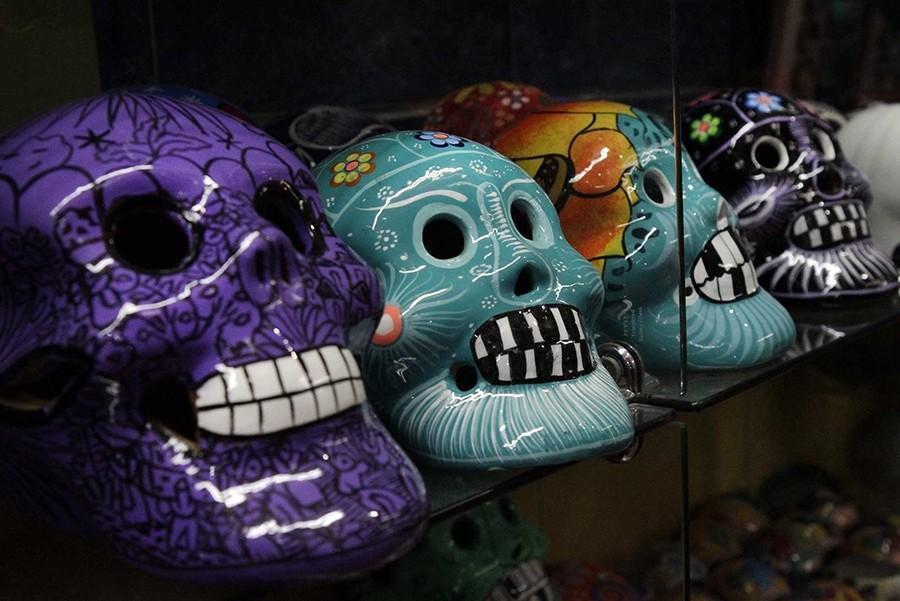 Items for Mexico's traditional Day of the Dead are for sale in Olverita's Village in Olvera Street in Los Angeles, California. (Lawrence K. Ho/Los Angeles

Colorful sugar skulls and bright costumes featuring Frida Kahlo among other famous hispanic icons have taken over the mainstream in the last two years.

Dia de los Muertos has been a longtime tradition in Hispanic communities and La Catrina (dame of death) has extended a skeletal hand over United States audiences.

While injecting Hispanic culture into a foreign country is enriching and makes others feel at home, appropriation and profiting off a beloved holiday becomes a gross problem.

A clear example of that are Hollywood and Disney films depicting Dia de los Muertos, which failed the Hispanic community when they cast non-hispanic actors and actresses to fill stereotypical roles.

At one point, Halloween and Dia de los Muertos, which spans two days, become interchangeable and that is simply not the case.

Sometimes this is done for profit by corporations looking to sell their products, other times it is done by sheer ignorance.

In 2013, Disney tried to copyright Dia de los Muertos for its profit, ignoring the fact that this isn’t just a corporate holiday, but an important part of a culture.

Dia de los Muertos, a conglomeration of indigenous traditions, is supposed to be a two-day celebration in remembrance of all of those who have passed away.

It is celebrated by creating elaborate altars with sugar skulls, the deceased person’s favorite food, photos, trinkets, flowers and so forth.

Unfortunately, this has been mistaken for a Halloween ritual, Hispanic people take part in and sugar skulls and their attractive brightness can be seen in tattoos and clothes year round as commodities.

Countless folks who ignore the significance of these symbols to a culture don sugar skull painting on Halloween as a trendy costume.

Dia de los Muertos is a celebration of life.

Halloween on the other hand focuses on the grim, haunting and fearful aspects of All Hallows’ Eve.

About 2,000 years ago, people believed that ghosts would come back to haunt the living on Halloween, so they would dress up to have them believe they were also ghosts.

This fearful attitude is the main difference between both celebrations.

While holding community events at museums, parks and public spaces brings a warm feeling to those familiar with the holiday, education on the subject should also be included.

There is nothing wrong with wanting to admire a culture’s customs and partaking is completely fine as long as someone from the aforementioned culture has invited one to do so.

There is so much to be admired about both quite similar holidays and exploration should be mindful, considerate and with education at the forefront.