When masculinity is weak 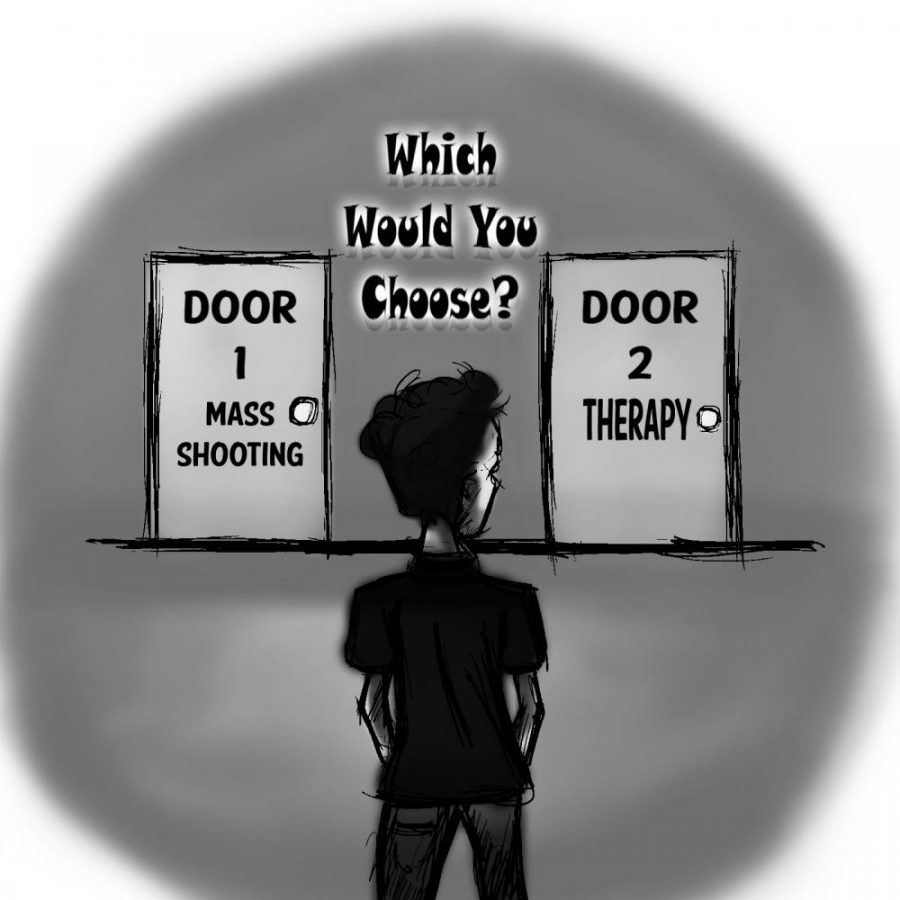 Guns may not be the only ones to blame for mass shootings. Lack of mental health services offered to men and the standards of masculinity society pushes upon them may really be to blame.

On Oct. 1 a 64-year-old man named Stephen Paddock went off in a shooting frenzy during a country music festival in Las Vegas, resulting in 59 dead and more than 500 injured.

As always, people were quick to put all the blame on the lack of gun control and the NRA’s constant push to let people own guns.

Yet, some people fail to notice that what all mass shooters have in common is that they are all men.

Men are acting up because of some negative emotion, because they want attention or because they’re correcting some kind of self perceived wrong.

Throughout history, society has always pushed the idea that men are strong and dominant. When men become “lone wolf types,” most people don’t question it and accept it as normal.

Yet, when a woman tries to be on her own it’s more likely to raise alarm bells and cause people to wonder what’s wrong and offer counseling and other mental health related services.

It’s also been seen as socially acceptable for men to be violent and aggressive. Outbursts of the same kind aren’t seen as something to be concerned about.

Mass murderers have consistently shown signs of depression that were ignored, instead of diagnosed properly and given the right treatment.

Depression has also mainly been viewed as an illness that makes people sad or fatigued but it can also be displays of violent, impulsive or risk-taking behaviors.

Society is quick to advocate for therapy and counseling when a woman acts outside their norm but is more willing to accept men when they don’t follow society’s standards either.

There’s also a tendency to make “looking for help with mental issues” a sign of weakness when men are involved.

Mass shootings may be an unfortunate side effect; they could be a man’s only outlet to cry for help.

Mental illness aside, there’s also the fact that society pushes a brand of masculinity that isn’t suitable for men or women in this modern era.

Men still develop a certain sense of entitlement; they also still continue to belittle women and even to tear each other down over their sense of pride.

The sad truth is sometimes certain men will take their anger, their rejection and their hatred and use it as a motivation (really more of an excuse) to commit horrifying crimes like mass shootings.

Research has shown that, psychologically speaking, men tend to commit crimes that establish a sense of power.

Men will commit much flashier and violent crimes to reinforce their masculinity.

Meanwhile, women mostly commit crimes of passion; when a woman feels wronged she will only retaliate against the person who made her feel that way in the first place.

People need to not just pray and need to start actively doing something to prevent such tragedies from happening again.

The Las Vegas shooting could have been prevented if society stopped pushing dangerous ideas of masculinity and started to advertise more mental health services to men.