Condemn a pervert, go to ‘heaven’ 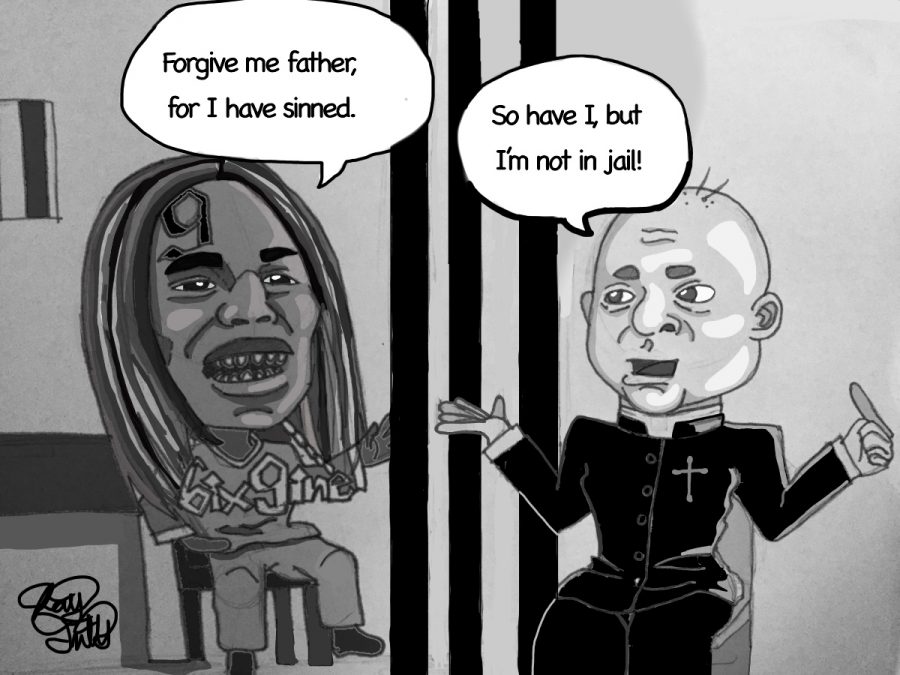 In a society that still praises men–famous or not even after sexual abuse allegations, it comes as no surprise that people still turn the other cheek with these situations.

Last Tuesday, the Guardian reported that more than 1,000 child victims, not including lost records and victims who have not come forward, were sexually abused by more than 300 Pennsylvania priests.

Unfortunately, priests have avoided punishment for years under the protection of senior clergy members. The abusers end up being promoted or relocated instead of paying for their unforgivable crimes.

These so-called men of God have the privilege of continuing their life as if they didn’t commit grave sins while their victims suffer.

Earlier this month, it was also revealed that prosecutors are seeking up to three years of jail time and sex offender registration for Daniel Hernandez, otherwise known by his rapper name, Tekashi 6ix9ine.

Unsurprisingly, the blame was put on the young girl for allegedly lying about her age by fans on Twitter.

6ix9ine tried to wipe his hands by saying he didn’t touch the girl, but was only present in the video, in which other adult men committed sexual acts, while he watched.

People, specifically men, need to be better about holding their abusive peers and/or friends accountable for their shitty behaviors, especially against women, children and other men.

Full offense, violent crimes have mostly been committed at the hands of men. That history cannot be ignored.

If this strikes a nerve, do some soul searching to figure out why.

Why is it that when it comes to protecting men or people’s favorite entertainers, it must be done at the sake of disregarding other people’s trauma?

Perhaps some roots go back to the almost normalization of letting relatives get away with predatory behavior.

Why do grown ass adults tell their children, mainly girls, to cover up in front of their grown-ass male relatives?

People also love to paint LGBTQ+ folks as predators and then go right ahead to defend their “faves.”

Pedophilia isn’t a sexuality, nor is it anywhere near a component of the queer community. It’s a sickness.

While they are creating fake scenarios in their heads about queer people seeking minors, real offenses, such as those committed by the Pennsylvania priests and Tekashi 6ix9ine are either overlooked or downplayed.

Where’s the justice in that?

They have done wrong and they can’t take that pain and trauma back.

6ix9ine and the priests don’t deserve any type of forgiveness.

If any God can forgive these acts so easily, then we’re better off being atheists.