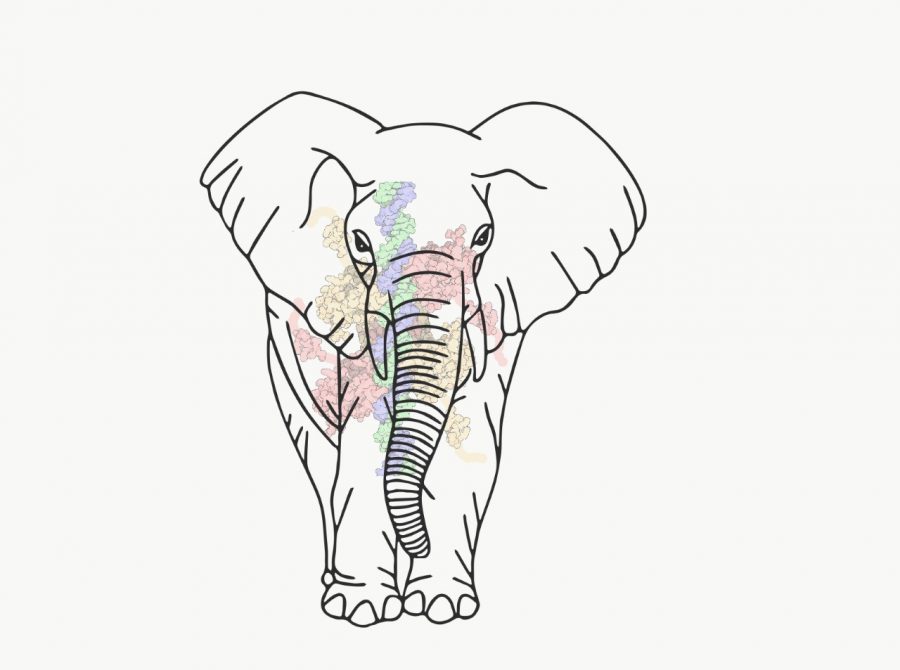 Not much has changed in the world of cancer research in reference to a cure or new form of treatment. However, what if there was a potential walking cancer treatment that has been amongst the world since the Jurassic period?

17 percent of people die from cancer, but it doesn’t stop their animal counterparts who are affected as well.

Surprisingly elephants hold the secret to preventing cancer in their DNA. This being a surprise due to the fact that the more cells you have the more at risk you are at being diagnosed with cancer.

There are two genes that work together known as the zombie gene who’s job is to kill genes and another named P53 to help fix DNA and fixed damaged cells, also kills cells if they are beyond repair.

Sure enough under five percent of elephants in captivity die from cancer every year. They have gone on to live an average of 70 years and have around 100 time more cells than a human.

This is due to Peto’s Paradox, named after Richard Peto a cancer epidemiologist, which state longer lived animals have evolved better way of dealing with cells growing out of control.

Elephants have other characteristics to their DNA including 20 copies of a tumor suppressor gene called TP53 while humans only have one which puts into perspective how effective their DNA is.

Another reason elephants have superior DNA is due to a gene called LIF which normally can either help cells survive or self destruct, depending how much of it is turned into protein.

Fortunately the working extra copy in elephants only has the part that helps kills cells, which could help stop cancerous ones from spreading this mutation in the gene is called LIF6.

How all these genes inside the DNA work together having the LIF6 gene being controlled by the P53 gene, making all of these genes work in unison.

Cancer affects many people across the world and many in the community, it would be tremendously effective to somehow take these genes and find a way to transform it into some form of medication.

With the proper amount of funding and research this could unlock a cure which is needed by many in the world. This gene could revolutionize not only cancer but possibly other diseases.

Which is why doctors and scientist in the world of medicine should really start to invest time into this research because this very well could be the cure to many diseases and intimately the cure to cancer.

A possible start to testing could be injecting elephant genes into animals which have a different resistance to cancer and seeing how they react to the cancer.

From their depending on the out come try and identify exactly which genes are working on curing the animal and if that gene/ genes can be separated into some form of treatment.

Following the treatment also test on animals with similar DNA to humans for example humans.

Once the outcome of that experiment is taken then scientist could possibly move on towards human testing and possibly have a cure.

Hopefully one day in the not to distant future elephants could unlock a treatment to diseases like cancer and ultimately a cure.