Happy Hour at the Happiest Place on Earth 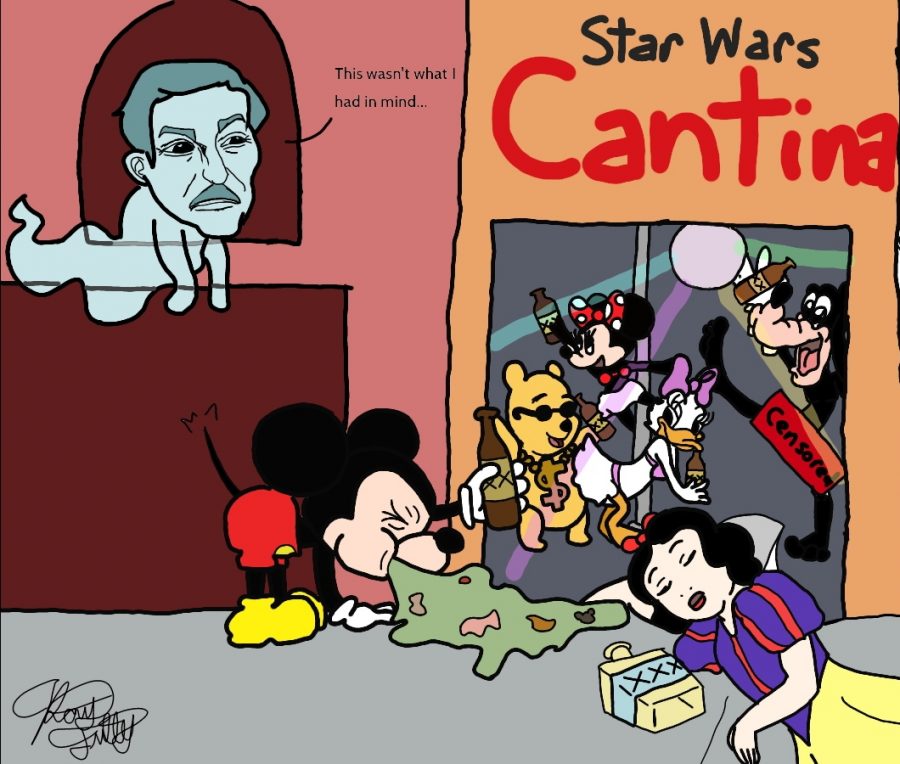 Disneyland is playing with fire by officially stating it will start selling alcoholic beverages at the newly introduced Oga’s Cantina, which will be located in the new Star Wars themed land, Galaxy’s Edge, set to open in 2019.

Disneyland should not be selling any alcohol within the park because it takes away from the whimsical, happy atmosphere that was designed for children.

Officials from the company need to realize that their main target demographic has been and continues to be the children and families who attend the park.

Walt Disney had one goal for creating this magical kingdom filled with things that only a child dreams of.

This goal was to ultimately create a child-friendly park without the worry of adults getting out of hand with the help of cocktails.

“Always remember that this whole thing was started by a mouse,” said Walt Disney, reflecting on what his legacy should be known for which is a theme park dedicated towards children and not adults misbehaving.

Disney goers will absolutely not tolerate an adult throwing up all over the place nor having beer splashed on their clothes from a careless drunk.

There is no reason to be selling alcohol in a place that’s meant for imaginary, wholesome Disney fun for all ages.

Disney workers already have to deal with so much!

Maddening music that is replayed constantly, sticky children crying, parental attitude and cleaning up the mess from customers who do not put merchandise back in its original location.

What about if you get too buzzed and make a fool out of yourself? Who cleans up the mess and deals with outcomes of becoming a messy fool?

This becomes a debate for the current workers who only cater to help making a child’s fantasy dream come true by vending merchandise of the kid’s favorite Disney character or their favorite greasy food.

Adults can already get their fix next door at Disney’s California Adventure. Why create what can become a messy situation at Disneyland?

If you’re going to Disneyland, you know you have to have some extra cash in your pocket if you want to buy that oversized Jack Skeleton plush toy.

The food and merchandise is already expensive as it is so don’t be surprised if you end up paying for an overpriced beer.

Just imagine how expensive a simple blonde beer will be? The beer at the Bayside Brewery inside of California Adventure already sells for $10 for 16 ounces.

The beer and cocktails at Oga’s Cantina will roughly range about $10 to $13.

And of course, you’ll have those life-hackers who will have the capability of exploiting the system and find a way to get more drinks than the limited number established.

The outcome will endanger children by making it dangerous to have anyone near the rides or the landmarks.

No one wants to have their picture taken next to Mickey and Walt while an adult male is taking a piss in the bushes.

It’ll ruin the child’s experience and infuriate the parents and potentially create an altercation.