Don’t just listen to the accused, give the victim a chance 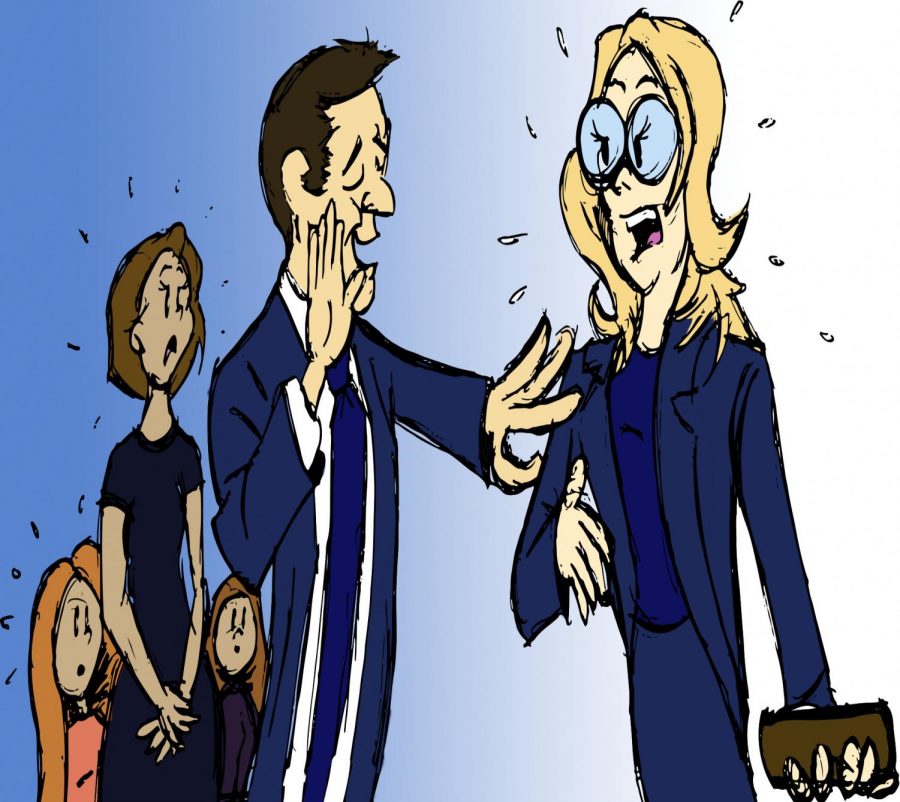 Supreme Court Justice nominee Brett Kavanaugh was accused of sexual assault allegations and people are being scummy enough to blame the alleged victim and spend time defending Kavanaugh which could be better spent properly investigating and questioning whether he is fit to be on the supreme court.

On Thursday Sept. 28, Christine Blasey Ford came before the Senate Judiciary to tell her emotional and gut-wrenching story of when she alleges Kavanaugh sexually assaulted her. This caused an uproar of negative comments bashing not only her story, but her character.

People who don’t take the time to try to understand sexual assault and the lifelong effects it can have on a person ignorantly question why she didn’t speak up when the incident happened 40-plus years ago.

They don’t understand why Ford is choosing to speak up now, or they think that she’s only speaking up as part of some sick political ploy to keep a Republican out of the Supreme Court.

It seems that even after a year of the #MeToo movement spreading across social media, people still can’t seem to stop resorting to victim blaming.

Innocent until proven guilty is an age old rule that most people abide by though the degree to which people stick to it when someone is accused of sexual assault is downright ridiculous.

If you don’t want to believe someone is capable of sexual assault until after a court proves otherwise that’s fine, but that does not allow you to bash and drag their victims through the mud.

When victims of sexual assault witness someone come forward about what happened to them and all they see is them being attacked across the media it only encourages them to remain silent.

What’s the point of coming forward if your abuser is just going to be protected by their peers and strangers on the internet?

Sexual assault is traumatic, victims already feel a sense of guilt and self loathing that they were to blame for the atrocious acts committed against them, they don’t need to hear people who don’t understand a single thing about assault agreeing with these thoughts.

No one truly knows the emotional and psychological trauma Ford has been through these past 40 years or the consequences that lead up to this moment.

Fear, humiliation, denial. There are just so many contributing factors that could keep someone from speaking up a long time, even over 40 years.

The only way to fix this problem and it’s to educate society on what leads to sexual assault and victims’ struggles.

Sexual assault is never about the sex itself, it’s about the power it gives the abuser, power over someone else’s will.

This why people who are already in positions of power or people who feel as if they lack power are most often ones who commit such crimes in the first place.

Those in power do it to maintain and enforce that feeling, while those who are not in such positions do it in order to feel some form of it, even if its as twisted as by traumatizing someone for life.

Family, friends and professionals must help the victim overcome and defeat the trauma as seriously as any other crime of violence.

Rape culture in America has become a cultural norm and that is devastatingly horrific.

The truth of this is ugly, but when we deny the obvious we grant sexual predators to be free with little to no repercussions.

By allowing rape culture to continue, even if it is due to ignorance, we continue to let down sexual assault survivors and we give them no confidence to speak up.

Just take a look at previous scandals, this is not the first time a man in power has been accused and convicted of sexual assault.

Our president, for example, has had over 20 women accuse him of sexual assault, but it continues to be swept under the rug.

It comes to no surprise that Trump has repeatedly stood up for Kavanaugh, stating that he is a very good person and this is all an effort to “delay, obstruct, and resist” his nomination.

Trump’s defense for Kavanaugh is absurd and an embarrassment to the country.

It seems to be some kind of cycle with men in power in America resulting in no change in policy when it comes to background checks.

If Kavanaugh claims not to have done anything wrong then what’s wrong letting the FBI investigated his background? Why is it wrong to check into his past and prove that his claims are true?

Republicans need to stop protecting him and being so ambitious for power with Kavanaugh’s nomination along with the upcoming midterm elections.

This case is about a woman who has been damaged badly and traumatized by this incident for many years, meanwhile men like Kavanaugh move forward with their life as if nothing happened.

Kavanaugh can deny any accusation, but the truth will come out and he will eventually pay the price of what he has done.

We must help the victims who have had these horrifying experiences by giving them the help and attention they deserve, and by spreading awareness of the true cause of sexual assault.

Society must stop spending all its time and energy focusing solely on the accused and invest some more in the victims and having their voices heard.