Bianca Bitches: Boohoo she’s brown, get over it 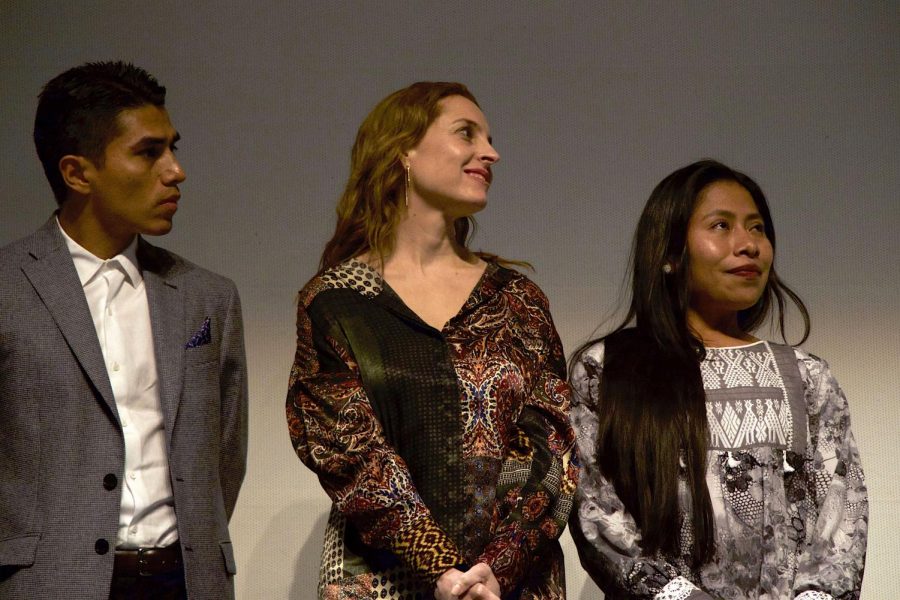 In the theatre located in Esperanza Iris, the film Roma premiered on Dec. 13, 2018. The culture of Mexico City was the overall message of the film.

You are surfing through Netflix, looking for something to watch, you pass over the streaming service’s selection of original movies and you stop on “Roma.”

Everyone is talking about and applauding Alfonso Cuarón’s “Roma,” so you press play.

Onscreen appears a beautiful woman with a complexion as warm as that of your grandmother, your mother and possibly your own.

As you see this woman onscreen, a smile plays upon your face, because, finally, someone of your complexion and speaking a native tongue is being represented in a major role.

Because, finally, someone “morenita” is onscreen. No fair skin, no dyed blond hair, no light colored eyes– just an indigenous woman who you can relate with.

I’m sorry, for once again racism must rear its ugly head.

The leading role of “Roma” is Yalitza Aparicio, an indigenous woman from Tlaxiaco, Oaxaca, who portrays Cleo, based on indigenous domestic worker who was employed by Cuarón’s family in the early 1970s.

“Roma” is a testament to realism, as many indigenous peoples are employed as maintenance men, housekeepers and any other occupations that fall under that category.

However, due to media whitewashing and internalized racism, Aparicio has received racial backlash and discrimination online since gracing both the screen and cover of Vogue México.

Well, boohoo, assholes. She’s brown, get over it.

People should not get into a tizzy over Aparicio’s skin tone and project the asinine and insanely racist notion that only fair-skinned people will make for a more theatrically aesthetic movie.

Instead, we should be in an uproar over the fact that the thematic elements being portrayed in a movie set 48 years ago are still as relevant today as they were then.

Instead of being discriminatory, we should learn from what’s being represented in movies and work to change prejudices and become a more inclusive and equal society.

Why must society always find a way to backlash at women who are succeeding, instead of celebrating them?

Diversity should be celebrated, people deserve to see themselves represented in mainstream media and therefore there should be far more indigenous representation in media.

Why can’t we just relish in the fact that this realism of the injustices of women and indigenous people is being brought to light?

For some of us, our grandmothers, mothers, aunts and/or sisters are finally being represented in a critically acclaimed movie as the strong resilient women that they are, and the fact that this is finally being done should be applauded.

We should learn from films and not dissect the actors for being who they are.

Women are still being taken for granted, underestimated and discrimination still runs rampant, that’s what society should be upset about, not the color of the actor’s skin.