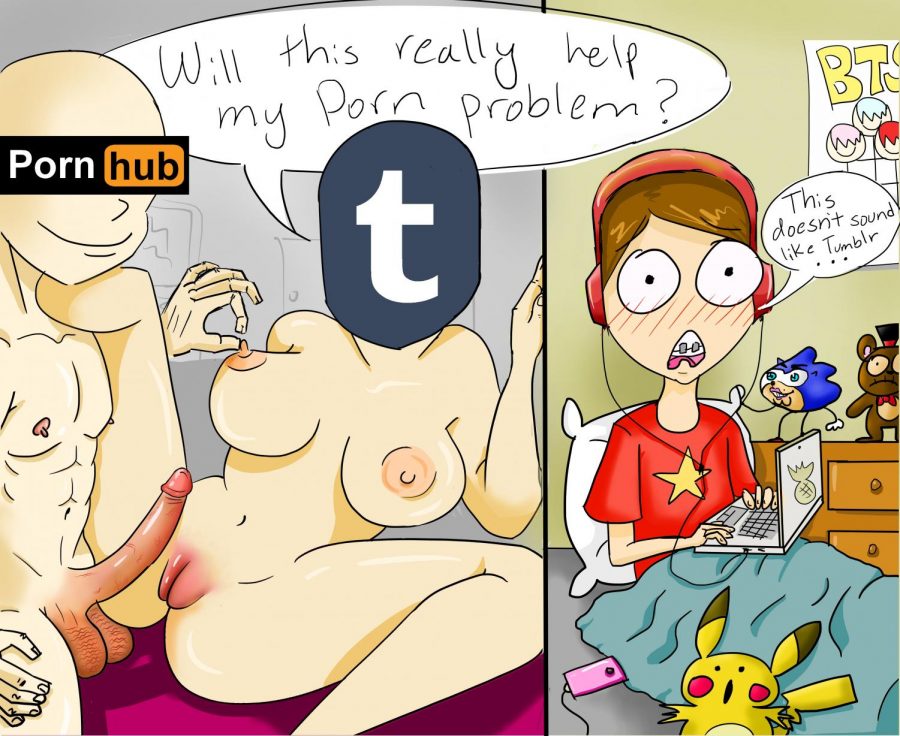 Pornhub’s performative “wokeness” with saving the bees, planting trees or whatever the fuck and possibly buying Tumblr, won’t stop twisted fucks from engaging in and posting child pornography and exploiting sex workers.

After Apple noticed child pornography on Tumblr, the company took it upon themselves to remove the app from the Apple store and in December 2018, Tumblr banned all adult content showcasing genitalia and sexual activity.

Nevermind that folks on Tumblr had already brought up the issue of child pornography on the website before the ban or deletion of the app took place.

According to BuzzFeed News, Pornhub’s Vice President, said not only is the company extremely interested in buying Tumblr, but also looks forward to “restoring it to its former glory of NSFW content.”

Cue a dead look in the eyes.

Regardless of the stigma against sex workers, they deserve what they are owed.

Before the NSFW ban, it was the norm to see a big, whopping penis on your dashboard at 7 a.m. and not be too phased.

If the company does end up buying Tumblr, it comes down to adults’ due diligence in reporting child pornography if they ever come across it and doing research on how this will affect sex workers.

Art depicting sexual activity and nudity, however, is usually well protected under the First Amendment.

Artists on Tumblr who specialized in eroticism took a hit and lost their platform, restricting their freedom of expression.

Are we going to ban and cancel Venus de Milo for it’s “female-presenting nipples?” I think not.