Men’s silent support as a bystander of sexual violence 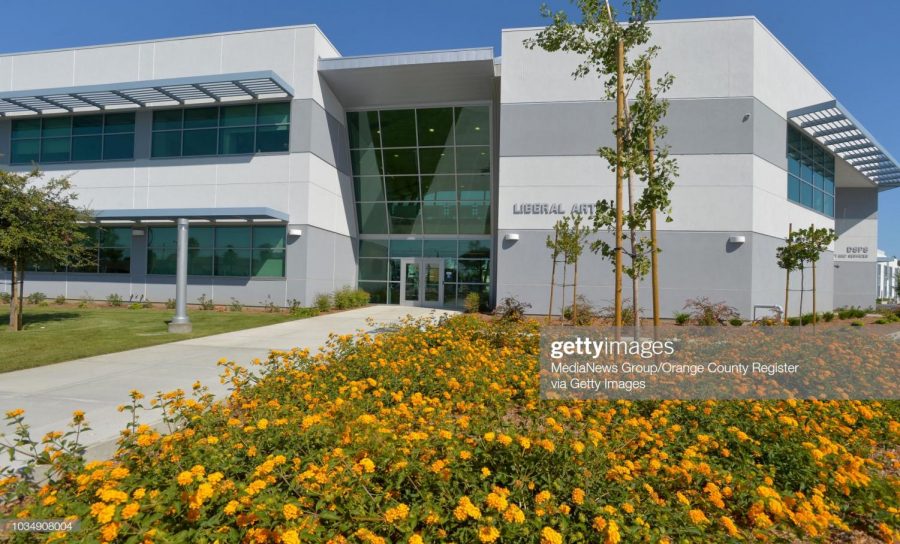 Men are complacent while sexual assault continues to affect millions of Americans every year. Women understand that combating this issue means actively working toward solutions, and prevention starts with men keeping other men in check.

Sexual violence and misconduct are not rare occurrences on college campuses and it extends to a much wider range of predatory behavior. According to a 2015 Washington Post/Kaiser Family Foundation poll, one in five college women say they were sexually assaulted.

On Sept. 25, a female student at Cerritos College confronted a male peeper in the women’s locker room of the campus’ kinesiology building at approximately 2:35 p.m.

The victim’s boyfriend waited outside the exit and engaged with the suspect, starting a brief altercation before the suspect managed to flee campus.

He was last seen heading northbound toward parking lot 1 and then westbound on Alondra Boulevard. He was described as a 5’6” white male, thick build and in his early 20s.

In mid-September, the LA Times reported that one in 16 women say that their first sexual experience was forced or coerced, based on a study conducted by JAMA Internal Medicine.

In addition, nearly every source of statistical data on sexual violence will also note that their figures are but a fraction of the assaults that actually occur, due to the fact that many assaults are never reported.

The Department of Justice estimates that only 20 percent of female, college-age victims report their assaults. Its non-female counterparts: 32 percent.

All falcons have been in our library and noticed the flashy sheet on the program table reading, “R.A.D. BASIC SELF DEFENSE FOR WOMEN.” R.A.D. is a wonderful program that has helped over 900,000 women learn basic self-defense nation-wide. However, I think an equally important program would be basic harassment and consent training offered to men.

While victims and perpetrators can fit any given demographic, the overwhelming majority of offenders are men. So, why aren’t there more men at the forefront of this epidemic?

Experts like Dr. Jackson Katz, an educator in rape prevention and anti-sexual assault activism, argues that past prevention practices are part of the problem.

In his educational documentary, “The Bystander Moment,” Katz references dozens of rape-prevention videos and public announcements informing women to be mindful of their surroundings, carry weapons, walk-in pairs, walk with men or even what is and is not safe to wear.

The issue with these tactics is that they fail to address the true sources of this violence. A CDC study says 98 percent of women reported a male perpetrator. It begs the question, are the current preventative methods effective at stopping men from committing harassment, stalking and rape?

Something to consider is that only eight states– California, Hawaii, New Jersey, North Carolina, Oregon, Rhode Island, Vermont and West Virginia– require schools to teach consent, and only 24 states require sexual education to be taught at all. Children are growing up without ever having learned about consent, whether to give or recognize it. s

Also, reducing risk factors for one’s self may be beneficial at thwarting a perpetrator, but all these countermeasures don’t account for eight out of 10 assaults that are committed by someone known to the victim.

That is where Jackson Katz argues that prevention starts. He talks about using “the bystander approach.” In this context, the bystander is anyone who is not the perpetrator or the victim in a crime.

He wants to help by encouraging men to rise above the bystander and to challenge these predatory behaviors at every degree, not just when a crime is occurring.

“So, for example,” Katz discusses in his TedTalk, “if you’re a guy and you’re in a group of guys playing poker, talking, hanging out, no women present, and another guy says something sexist or degrading or harassing about women, instead of laughing along or pretending you didn’t hear it, we need men to say, ‘Hey, that’s not funny. that could be my sister you’re talking about, and could you joke about something else?’”

Katz suggests that by mustering up the courage and the strength to speak out against our peers, bystanders are effectively demonstrating that they do not tolerate that type of misconduct. They are alienating those behaviors and creating social pressure in a positive direction.

He believes that if all men were to practice this accountability, “We’ll see a radical diminution of the abuse. Because the typical perpetrator is not sick and twisted. He’s a normal guy in every other way, isn’t he?”

The majority of these offenders are acquaintances or friends, someone that the victim did at once perceive to be just a ‘normal guy.’ It isn’t always the creeps caught lurking in the women’s locker rooms, it’s hiding in with predatory banter rampant in the men’s locker room. We as men can’t risk normalizing this behavior for perpetrators. Obviously, we can’t trust other guys to distinct crude humor from believing in rape culture.

The core of Katz’s principles and prevention methods is to promote male involvement because this is clearly not just a “women’s issue.”

Young boys and men are also sexually assaulted at a high rate, yet women are their voices in this movement. How can one say this is not a men’s issue when 88 percent of children abused report male perpetrators.

Conservative media propagates the idea that male feminists are weak or somehow not as masculine as other men. This notion is ridiculous.

The world needs more men who have the courage to break out of the role of a bystander.

When male friends and peers are showing that aggressive sexual behavior or are aligned with the perceptions of rape culture, men need to call them out and firmly say, “I do not accept that talk/behavior. Stop.”

The Rape, Abuse and Incest National Network website claims that every 73 seconds, an American is sexually assaulted, and every nine minutes, the victim is a child. Sexual violence impacts the lives of countless victims and their families.

I ask you, Falcons, if it were your little sister or brother, son or daughter, parent or friend would you still tolerate those rape jokes?