Who is breaking the law, immigrants or influencer Paloma? 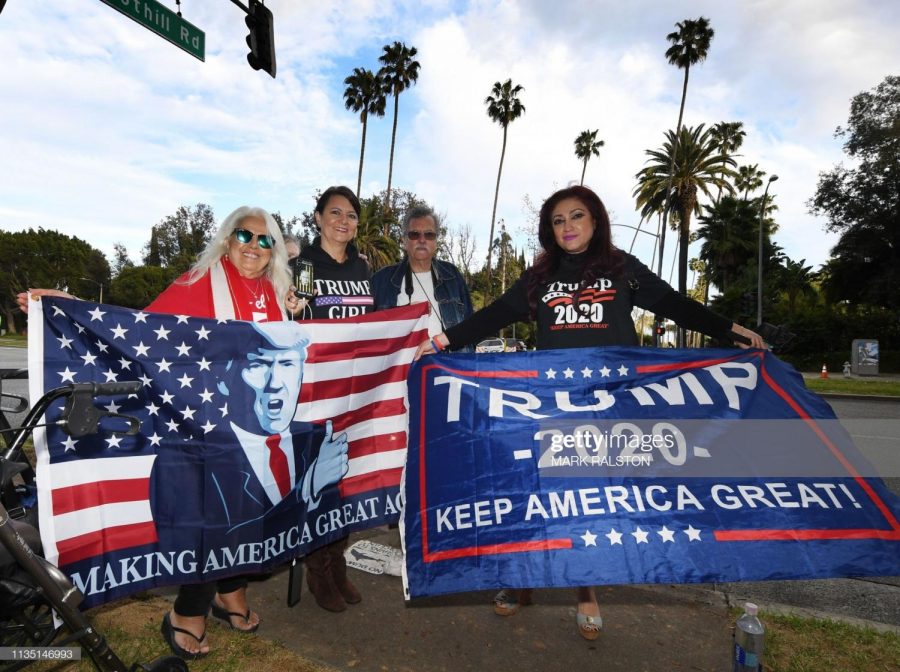 TOPSHOT - Trump supporters pose for photos on Sunset Blvd as the US president attends a fundraiser nearby, in Beverly Hills, California, on April 5, 2019. - US President Donald Trump visited the Mexican border on April 5 to deliver a message to would-be illegal immigrants and asylum seekers: don't bother coming. "The system is full and we can't take you anymore... Our country is full," he said at a meeting with border patrol officers and other officials in Calexico, California. "So turn around, that's the way it is.

Paloma Zuniga, an influencer who had more than 60,000 followers on Facebook which was recently was deleted and recreated, wrongfully harrassed migrants as they were crossing the border, even though is not her responsibility to do it because she is not a police officer.

Zuniga is a pro-Trump supporter and a political activist who lives in Mexico because it’s cheaper to live in Mexico than the United States.

She posted a video on social media threatening migrants crossing the border. Zuniga is trying to get immigrants to get out of this country, doing illegal things like chasing them, threatening them and recording them.

Who is breaking the law right here? The immigrants or the woman who has the “nopal” right on her forehead.

For immigrants living in the United States for a long time, they disagree with Zuniga’s action and the way she humiliates and dehumanizes those people talking to them in Spanish.

How can a person be such a hypocrite and humiliate people who only come to work and have a better life in the States? This way of acting is negligible for the immigrant community.

In the video that Paloma posted, she says, “A donde, a donde a donde, no, no no, se regresan o los agarramos entre todos, se regresan. Lets go get them,” which translates into asking where they were going, and if they do not go back they will catch them in a taunting manner.

After Paloma says that, she starts chasing them, which is illegal to do.

People can watch the video on the Youtube Channel Noticias Mx Politico.

Paloma has no heart, no manners, no ethics and no education. Finally, she does not have the right to decide who stays or leaves. She does not work with the U.S. government to refuse her entry.

Technically she is an immigrant as well since she was not born in the United States and should have more compassion.

Lastly, she says that she “loves Mexico and is proud of her homeland.” How subnormal, stupid is she to humiliate her own race and uploaded to the internet to people to see that.

One of the anchors said “how is it possible for us to destroy ourselves,” demonstrating the old said in Mexico, which is, “The worst enemy of a Mexican is another Mexican,” which means that we do not accept that people are succeeding or doing something different.

However, Paloma does not deserve to be called Mexican. Many Latinos perspective she is an American citizen, she betrays her own land and in Latin America, we do not want people representing us like that.

We do not tolerate her attitude in the video or see her hypocrisy in social media. She deserves to be in jail for exposing the without the migrants’ consent and for the way she talks to them and physical and mental damage.