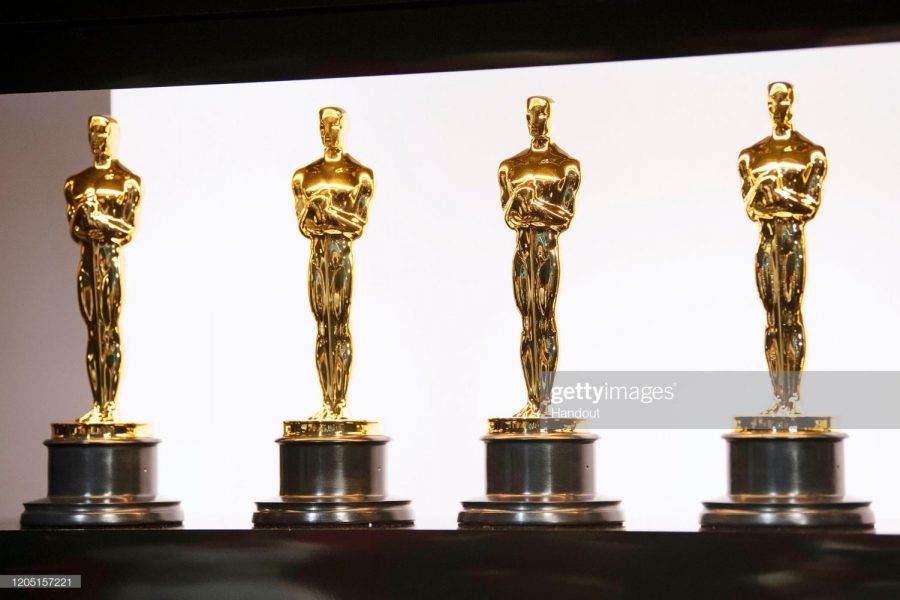 HOLLYWOOD, CALIFORNIA - FEBRUARY 09: In this handout photo provided by A.M.P.A.S. Oscars statuettes are on display backstage during the 92nd Annual Academy Awards at the Dolby Theatre on February 09, 2020 in Hollywood, California.

On January 13, 2020, the Academy of Motion Picture Arts and Sciences briefly celebrated “the largest number of women ever nominated” (63), then weathered a flood of complaints.

Issa Rae, announcing the nominations in the Directors category, sarcastically offered “Congratulations to those men.”

Trevor Noah quipped “Did you know [Little Women] directed itself?” and noted that all five movies in the directors category were male-oriented films.

Concerns have also been raised about minorities being under-represented.

But is the scrutiny justified?

But overall, women accounted for only 35% of speaking characters, compared to 65% male speaking roles, and are often marginalized to protagonist roles in horror movies, where they hold a two-to-one advantage over their male counterparts. In female-directed films, women consistently had a higher number of speaking and major roles than in male-directed movies.

What about minorities? There have been, beginning in 1958, 42 black actor nominations. Ten awards were collected, so when they were nominated, they won at a higher margin than the odds.

Black women have garnered a total of 36 nominations since Gone With the Wind’s Hattie McDaniel in 1939 (she won!) and received nine awards, for a solid 25%. (McDaniel’s victory came only 24 years after Griffith’s “Birth of a Nation”, a demented racist diatribe that portrayed blacks as pure evil, was considered the greatest movie ever made. Gone With the Wind showed black people as both villainous and heroic.)

Seventy-eight isn’t a lot of nominations, but — are black men and women under-repped in movies? Black actors overall combine for 17.5% of the roles in film, but according to the 2010 U.S. census, account for only 12% of the nation, making them actually over-represented in film. Asians, likewise, are represented at double their census statistics.

Latinos/Latinas comprised 16% of Americans in 2010, but are severely under-repped at a mere 5% of roles cast.

Now, back to that tricky Directors category. While women account for over 20% of producers, editors, and writers, they comprise only 2% of cinematographers and 11% of directors, but for two years this decade, totaled as little as 1.9% of directors overall. They leaned also to genres such as documentaries and romantic comedies, leaving only a small minority for thrillers and action films, the Studio genres from which Best Directors are most often chosen. Dramas, often choice of women directors, are a half-way station accounting for many awards, but very few of them are Studio-generated. Therefore, women directors are still primarily in the Indie (independent production) genres.

So, let’s crunch some more numbers. If you only comprise 11% of directors, and only five nominees are chosen, your odds of getting nominated are only one in ten for each of the five spots. Add in genre and the Studio-versus-Indie factors and your chances actually become far more meager.

Odds like these don’t work for you, they work against. If you don’t believe that, ask the six black directors who have been nominated since 1929, none of whom has ever received an Oscar.

Another factor that has worked against women since movies began has been the “casting couch” predatory practice of Studio executives and major producers. In the 20th Century, “I wonder who she slept with to get that part?” was a common phrase, but that only further demonstrates the heavily male orientation of show business. It would not be re-worded to “Which guy sexually harassed or raped her before he gave her a part?” until the recent Me,Too! movement of this decade.

The Harvey Weinsteins and Roman Polanskis are not an aberration. They are as mainstream in Hollywood as they are in the Oval Office and the Capitol Building. We would do well to get Washington out of Hollywood and Hollywood out of Washington.

Women are vastly under-represented in movies, so it should come as no surprise that only five women have ever been nominated for Best Director, and only one, Kathryn Bigelow, has won. And that was for a very male-oriented war movie, “The Hurt Locker”.

So, were women and minorities “shut out” of the nominations this year?

The answer is: No more than usual.