Its OnlyFair: We need to check our prejudices and stigmatization against sex workers 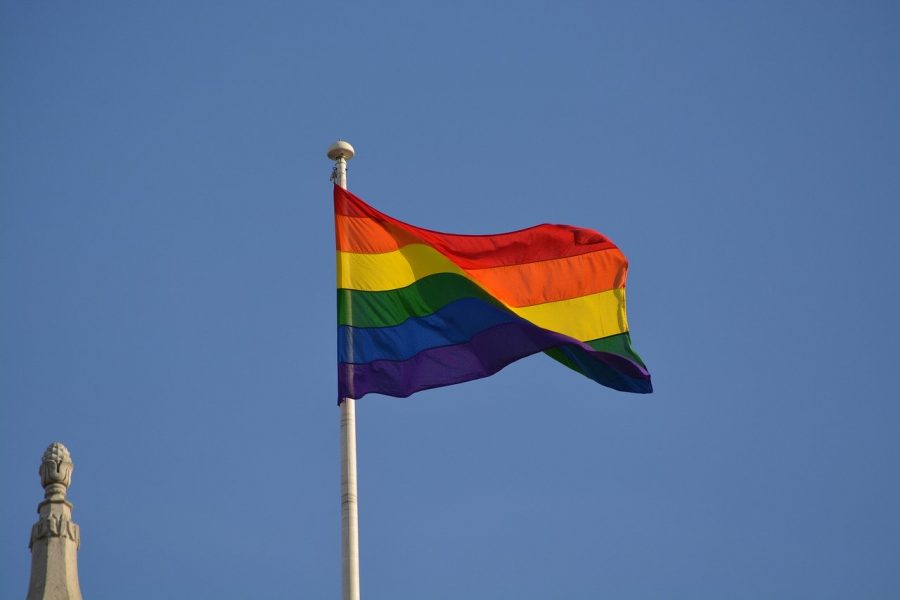 Sex workers should be able to make an income on their own terms without fear of abuse from the public, especially in times of great economic turmoil.

The criminalization of sex workers prevents women from going to police when they’re assaulted. It prevents those in the sex trade from having accountable employers, collective working and having worker’s rights.

Not to mention criminal records hurt opportunities of future employment, not only for consenting escorts, but survivors of sexual trafficking as well. “We recognize that criminalization and policing – period– is harmful, very very harmful to our communities,” said Jordan N. DeLoach, a representative of Black Youth Project 100 DC.

The effects are even greater when those affected are already marginalized communities, namely women of color, queer, non-binary and transgender people of color, who already face difficulties in finding employment, healthcare and housing. For them, sex work is often times a means for survival, when they feel they have no where else to go.

“It doesn’t matter that I have a degree. [employers] are looking at you as being a distraction instead of someone qualified to do a job,” says Tamika Spellman, a Black trans woman who serves as peer advocate and policy fellow at HIPS, an organization that works to reduce harm done to sex workers

Decriminalization of sex work would reduce harm against sex workers by allowing them to refuse clients and report violence committed against them. It’ll also give them a foundation for organizing and demanding change for themselves as employees. Decriminalization would also remove penalties from those seeking to transition from sex work to other more “traditional” jobs.

Recinos worked as an exotic dancer at a nightclub before COVID-19 lockdowns put her and millions of other Americans out of a job. Despite the crippling job loss, families were still challenged with paying bills and mortgages and providing for whatever dependents they had. Many people had no choice but to find alternate sources of income.

There are many ways that sex workers can recieve profit, with the ongoing advancement of technology they can charge for livestreams and online content therefore reducing the need to meet in person to make money and decrease their chances of facing physical violence.

The growing popularity of the content subscription service, OnlyFans, is putting the conversation of sex work back in the mainstream and making another case for the benefits of decriminalization.

The website allows all types of content creators to charge an amount of money to allow fans and others on the site to pay to view their content.

The website offers its services to people from many different entertainment outlets however, the content it is mostly known for is sex workers who offer different photo and video content options for their fans.

Recinos decided to follow the actions of some of her peers and began posting content on OnlyFans. Given her already massive following on Instagram, Recinos says getting subscribers was easy, and the consistent posts earned her good money. However, it didn’t come without a price.

“I got all these negative comments,” said Recinos, “All these outside perspectives had me feeling worse about myself.” It was after seeing friends on social media making rude comments about sex workers on OnlyFans while knowning that Recinos was a content creator herself. She decided to take a break from the site, which ultimately cost the majority of her subscribers.

“Consistency is key, so now that I’m back on I have fewer subscribers, but I’m working to get to where I once was,” Recinos said.

Stigmatization against sex work obviously contributes to violence against those who do it. Our reluctance to defend and fight for those in that trade allows for politicians and law enforcement to advance policies that force sex workers to further compromise their safety.

An overwhelming congress majority and the Trump administration passed the FOSTA-SESTA Act in 2018 with intentions to curb sexual traffickers who used sites like Craigslist and Backpage to exploit victims.

However, decriminalization activists say that shutting down these sites also hurt sex workers and victims.

Closing these sites means sex workers no longer have a platform where they can safely work from home or just operate their businesses online. It also does not necessarily stop sex traffickers from heinously exploiting victims, and since the law makes sites liable to these issues, they’re more inclined to not report trafficking. “They’re causing more harm than good,” said Spellman.

The platform is gone, but the need for income remains, meaning some workers will inevitably go back to operating out in the streets.

According to sex workers these policies still don’t combat the bigger issues in their communities which they say is vulnerability and homelessness, since many have experienced homelessness or lived in Foster youth as children.

During the Coronavirus pandemic more people have started signing up for OnlyFans accounts to be able to bring in some income, while businesses remain closed and the quarantine remains in effect.

OnlyFans offers content creators the opportunity to operate from home and receive payment directly from clients with no third-party and much fewer risks. Since it was founded in 2016, the website has accumulated over 30 million registered users and an estimated 450,000 content creators, many of whom sell explicit content.

The website recently made headlines when Bella Thorne, a 22 year old actress who got her big break on Disney Channel’s 2010 sitcom Shake It Up, reportedly earned $1 million in 24 hours after creating an OnlyFans account.

“It’s like a slap in the face,” said Recinos, “It’s selfish, real sex workers are trying to make money day-by-day. There’s girls doing this because it’s literally paying their rent.”

Critics have said that users (specifically women) should get a traditional job if they do not like the repercussions of selling online content.

“Some people like being their own boss,” said Recinos, “And people should be able to want better for themselves and do what they want.”

On social media sex workers are critized for their work. They often advertise their OnlyFans pages along with promotions they may have during that month on platforms like Twitter and Instagram.

People never fail to comment on their posts, they say things like “ you should be disgusted”, “look at you selling your body for money”, among other obscenities.

Sex workers on OnlyFans and other sex work platforms are adults who do not need other people telling them what they are doing is wrong or unmoral, they work for their money just like everyone else. They aren’t harming anyone and don’t deserve to be treated differently than someone with a more traditional job.

Society needs to start acknowledging that sex work is real profession. The longer we stay complacent with criminalization, more cases of assaults, abuse, and discrimination will go unheard. If you are pro criminalization of sex work, ask yourself how much more abuse and assaults are you willing to accept because this problem isn’t going away.