Trump tries to warp history to his own benefit 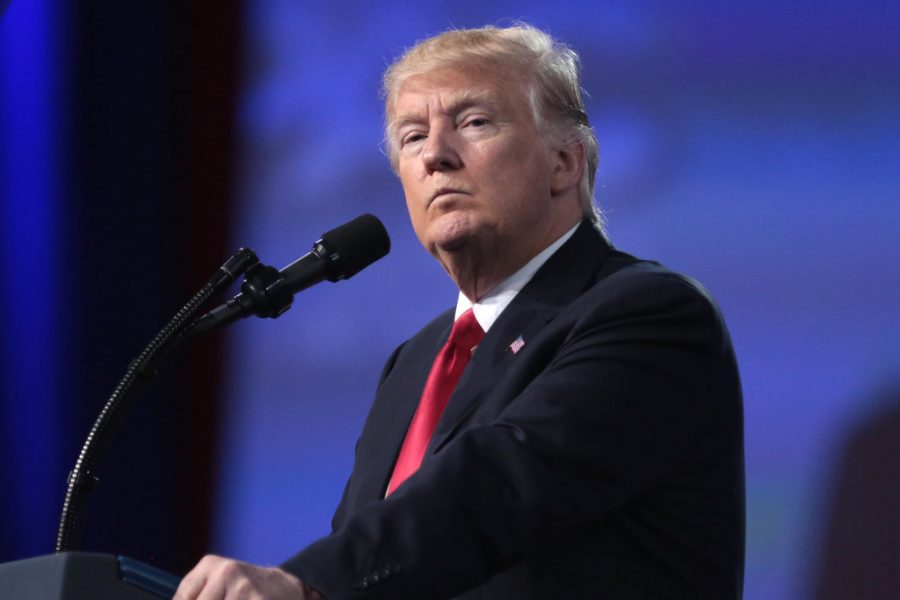 On Sept. 17, 2020, President Donald Trump signs the "1776 Commission."The commission would reshape how young people are taught how racism has shaped America throughout its history. Photo credit: flickr

President Donald Trump continues to show a racist outlook on America as he signals his desire to sign the “1776 Commission” into law on September 17.

The commission would reshape how young people are taught how racism has shaped America throughout its history.

“By viewing every issue through the lens of race, they (Democrats) want to impose new segregation, and we must not allow that to happen,” said Trump as he announced the commission at a White House press conference, where he claimed, “Critical Race theory, the 1619 project, and the crusade against American history is toxic propaganda, ideological poison, that if not removed will dissolve the civic bonds that tie us together, and will destroy our country.”

The president also said his commission would promote “patriotic education.” He didn’t mention that curriculum decisions are made by the states, not the president.

In reality, the commission would educate young people less about how racism has shaped the country. They would grow up to believe that racial injustice is not an issue in the country and ignore it as it happens around them.

Trump and his fellow Republicans continue to mitigate racial injustice, either by dismissing it outright or by denouncing those who protest for reform.

By restructuring how people are taught about the history of racism, it makes the actions of Republicans seem justified. As more people of color continue to be subject to open racial injustice, students taught under the “1776 Commission” would see the issue as insignificant, leading to a strengthened and “reformed” era of white supremacy.

The president has voiced white supremacist views and yet called those who protest for racial justice reform “hateful.” He would change how children are educated to fit his own political agenda and legitimate his violent actions against those who ask for reform.

He denounced the Pulitzer Prize-winning 1619 project. While he claims it is “toxic propaganda,” the project took a closer look at how slavery shaped America and how it’s still dealing with the after-effects.

The 1619 Project details racism and slavery in reality, unlike how Donald Trump prefers to tell mythic history.

He believes that he can tell lies about how teaching the history of white supremacy in America and detailing its impact on today is “ideological poison.” Still, the truth is that Americans need to know how the events of the past shaped today.

“We must restore patriotic education to our schools,” the president continued in his press conference at the White House. “Under our leadership, the national endowment for humanities has awarded a grant to support a pro-American curriculum that celebrates the truth about our nation’s great history.”

What Donald Trump fails to understand is that teaching America’s history truthfully is patriotic. For him, “pro-American” means “pro-white” and “pro-suppression of dissent.”

It would be unpatriotic to paint a false image of American history just because it does not support the lies that the president and Republicans have told, that racism has never been a major problem in America and doesn’t require systemic changes to address.

Donald Trump should not be attempting to change how history is taught for his own gain but until he leaves office (willingly or not), it is up to us to vocally and actively defend the rights of educators to teach their students history that actually addresses the long, sordid history of race in the United States.