COVID won’t disappear because you want it to, just ask the 200,000 dead 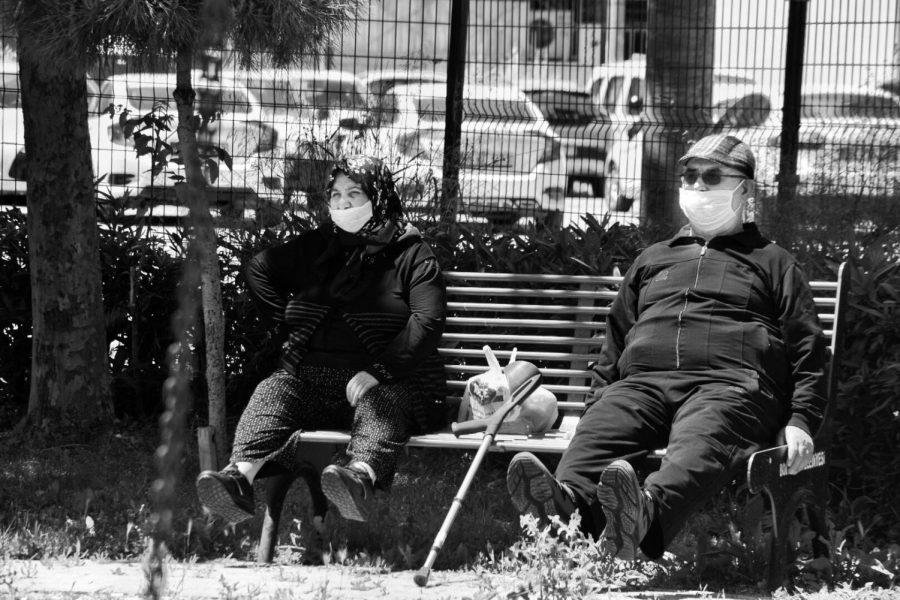 It seems as if each time the United States is faced with a national crisis, such as mass shootings or in recent times COVID-19, the initial reaction is that of collective concern and urgency.

The news cycle becomes saturated with endless coverage of the catastrophe, while public outcry and calls-to-action take up social media.

However, in a matter of days or weeks, the public’s sentiment begins to shift, and the crisis seems to become less threatening, and therefore, less important.

In March, at the start of what is still an ongoing pandemic, COVID-19 became the highlight news of America when an alarming number of cases and deaths began to escalate throughout the country.

When the severity of COVID-19 became apparent, the government announced a two-week long lockdown and ordered everyone to stay at home, unless they were deemed to have an essential job, like grocery store workers or nurses.

Mostly everyone seemed to be on board at the time, with the spirit that if everyone remained united and did what the government ordered, the pandemic would end soon.

Well, life doesn’t work quite that simply and chaos ensued over the next few months.

Many people would become jobless and America would experience its highest unemployment rate since the Great Depression. Hospitals had little to no protective gear and essential workers had no choice but to risk their lives to survive with no benefits.

It is understandable that many went into survival mode and focused on making ends meet regardless of the pandemic.

There were many businesses that illegally remained open or continued to offer their services, despite orders to remain closed — if they closed their business would not survive.

The government did very little to help these small businesses and its citizens with aid, adding to feelings of desertion by the federal government, thus making the pandemic less of a priority in everyday life.

Now, as months have passed and the end of the year is approaching, it seems like many Americans are becoming desensitized to the devastation brought on by the outbreak. With the reopening of retail shops, restaurants, gyms and even schools, many people have begun to get some normalcy in their lives.

The reason for this desensitization can be the result of many factors. Maybe it’s due to the realities of everyday life taking priority, or it can even be an inconvenience to a person’s lifestyle, so they’d rather choose to ignore it.

Simultaneously, you have President Donald Trump dangerously defying data from the CDC and top medical experts, which has also turned the pandemic into a polarized issue to pick sides on.

How can something be taken with the severity it requires, if we have our very own president of the United States ignoring science, not wearing a mask, not social distancing and saying catching COVID-19 was a “blessing from god?”

Now, with most states attempting to fully reopen, life seems to be starting to go back to normal and the 212,000 people who’ve died of COVID-19 have become just another statistic to accept as the rest of society goes back to living their uninterrupted lives.

This has created a presumption amongst Americans that the reopenings of businesses entails life is slowly going back to normal. This belief, in truth, is problematic since COVID-19 continues to be extremely contagious and fatal.

Americans who are becoming desensitized to the number of COVID deaths now pose a threat to those who have already lost and sacrificed so much.

Many people have grown to believe that the immediate threat is over. People who haven’t been personally impacted by now have seemed to have lost interest in taking precautions.

The opposite of desensitization doesn’t mean panic; it means being aware and committed to the present issues affecting society and working as a collective to overcome them.

The number of cases and deaths continue to rise in the country.

In the past week there has been an increase of nine percent in cases, compared to two weeks prior. Averaging about 45,660 reported cases daily.

As reopening happens, it is imperative to remember that there is still a global pandemic happening which has killed hundreds of thousands of Americans. People need to listen to the data based on science and take all precautions to protect themselves and others.

Being frustrated and fed up with the incompetence of our leadership at all levels makes us feel powerless. If you feel lost and helpless, work safely in and with your community to address problems you can affect.

Provide food to the food insecure, block evictions by detestable landlords, and agitate for changes, big and small, that you want to see. These are ways to not just help those who need it where you live but also ways for you to take some power back from those who have so carelessly misused theirs, to the permanent end of 212,000 people who deserved better.