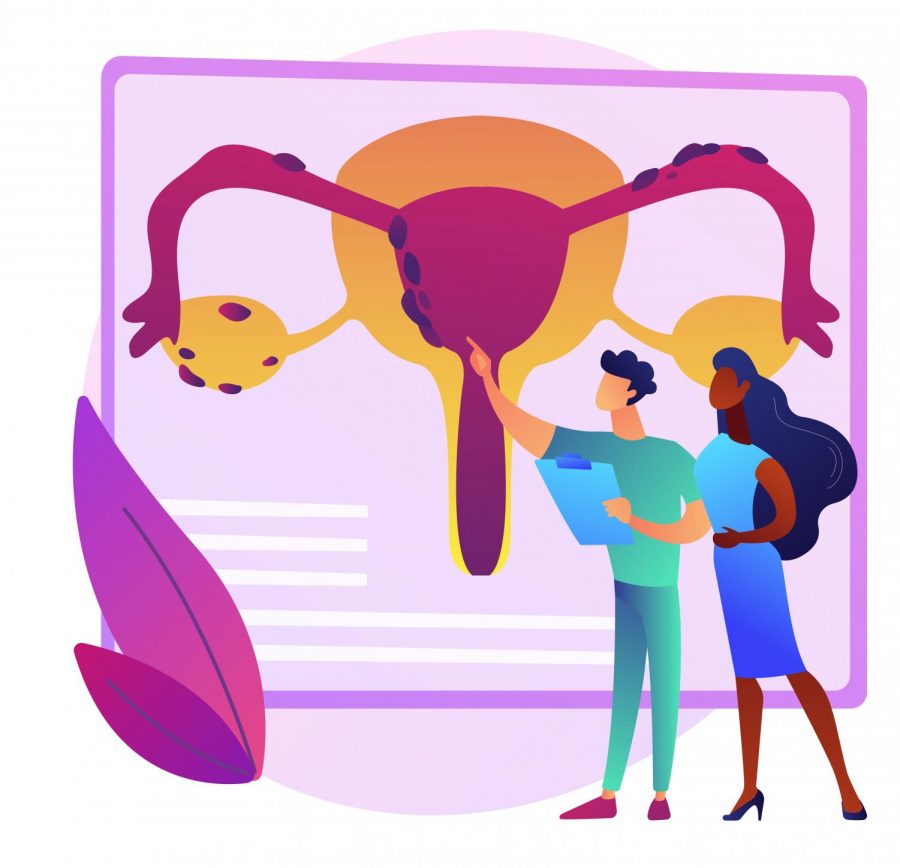 That’s what I asked myself on the day I was diagnosed with a menstrual cycle disorder called endometriosis earlier this year, and it felt as if a weight was finally lifted off my shoulders to know there was an actual medical condition causing all my pain and suffering.

Being diagnosed with this disorder made me aware of the gap in education and medical care that still exists when it comes to women’s health and the need to hold open conversations about these topics without shame.

I had always suffered painful cramps during my period, but over the years, they progressively grew worse and the pain which I felt only during my periods started to show up even when I wasn’t menstruating.

This constant pain went on for about three months, and I quickly learned to ignore it and took over-the-counter pain killers when the pain was too intense to ignore but soon the pain grew worse and the painkillers stopped working.

I decided to visit a gynecologist, who first treated me for another condition and prescribed some medication and told me to return in a week after finishing my medication, but the pain did not subside.

This happened for another month and I even saw another gynecologist, but they all seemed to not consider my condition serious and sent me home because the regular lab tests showed no abnormalities as the cause of my pain.

Was this really in my head?

It was not until I saw a YouTube video by a famous Korean vlogger, Gabie Kook, about being recently diagnosed with endometriosis after years of being in agony and not knowing the reason why.

Her experience and symptoms she described were similar to mine, so I suddenly felt validated and empowered to return back to the gynecologist and seek treatment – not just dismiss the pain which was affecting the quality of my life.

The next time I returned to my gynecologist, I brought up the possibility of me having endometriosis, and it was not until then that the proper steps to diagnose and treat me were taken.

Endometriosis is a disorder where the tissue that makes up the uterine lining (the lining of the womb) grows outside the uterus and is usually found in the lower abdomen, or pelvis, but can appear anywhere in the body.

Women with endometriosis often have lower abdominal pain, pain with periods, or pain with sexual intercourse, and may report having a hard time getting pregnant.

The possibility of not being able to get pregnant was especially scary for my husband and I — we recently got married earlier this year — so finding a specialist we could trust was imperative.

Due to these symptoms being so common with regular periods and widely accepted as normal inconveniences, they can often be overlooked or not taken seriously by doctors faced with these patient’s complaints.

Endometriosis is estimated to affect between 3% and 10% of reproductive-aged women but many women can go undiagnosed their whole life.

One of the reasons why the percentage of the affected varies so much is that endometriosis is difficult to diagnose because it won’t show up on ultrasounds, pap smears, or even regular blood tests — it is diagnosed through a small surgical procedure.

Since there is no cure for endometriosis, I have adopted a healthier lifestyle — I started yoga, journaling (which first started to track my symptoms), and I gave up alcohol which causes inflammation in the body and makes endometriosis symptoms worse.

My husband and family have been extremely supportive throughout this journey, and I couldn’t thank them enough for making me feel safe and comfortable when talking about my condition.

Oftentimes, women don’t talk about these topics with their friends and family, let alone in a public platform because it truly feels as if your issue is something personal and inappropriate to talk about with others.

Many celebrities diagnosed with endometriosis, including Hasley, Tia Mowry, Susan Sarandon and Cyndi Lauper have publicly shared their experiences with this disorder.

Now, I feel comfortable in publicly sharing my experience with others in hopes of reaching someone who may be suffering from this condition, like Gabie Kook reached me through her Youtube video.

I encourage other women to first take ownership of their health and find a doctor that listens and provides them with solutions based on their personal needs.

I would also like to encourage those who have been diagnosed with endometriosis to share their experiences, and hopefully by having more frequent conversations about this disorder, awareness can be raised so that better diagnosis methods and treatments are developed.