ACB: Unfit for the biggest role in our country’s highest court 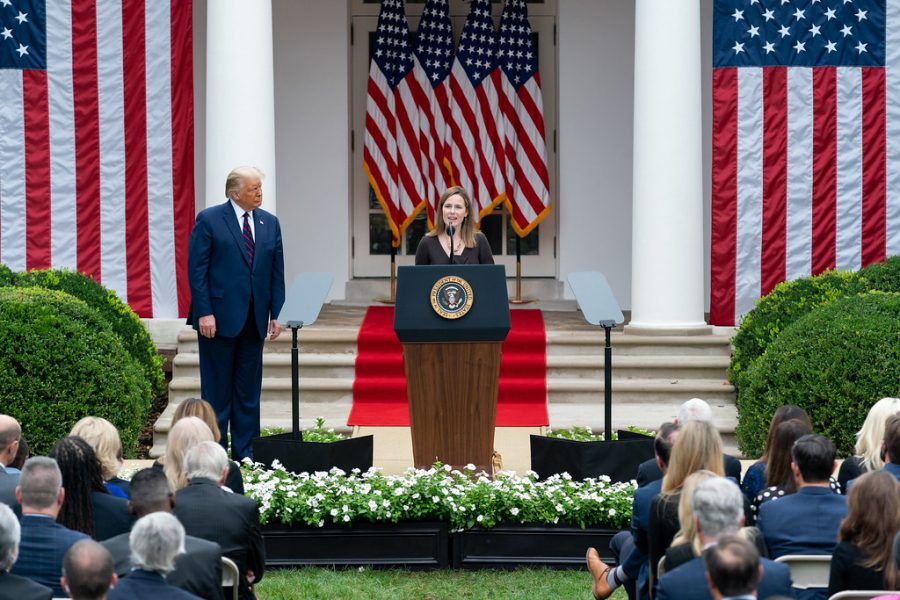 On Oct. 27th, 2020, Amy Coney Barrett was confirmed as an Associate Supreme Court justice to replace Justice Ruth Bader Ginsburg. Despite those hoping that the court seat would be filled by a progressive justice after the Presidential election, Barrett was rushed through to the court by a Republican senate and Donald Trump.

She is unfit to be in the position that Ginsburg held because Barrett only has a measly two-years experience in the courts, with her serving as a judge since 2017. Hell, she doesn’t even know the five freedoms of the First Amendment. How does someone take a spot on the most powerful court in the land without knowing the FIRST Amendment?

Even though Ginsburg stated that when she died she wanted her spot filled AFTER the election, her dying wish was broken immediately because the Republican Party is fundamentally rooted in selfishness and power.

They even chose a person against LGBTQ+ equality and “pro-life,” someone who even considered giving women the death penalty if they decide to get an abortion. She and her husband are members of the right-wing Catholic community, with her politics clearly influenced by her religious beliefs.

She’s unfit to decide cases and might consistently rule against not only women, but immigrants, poor people, and others who can’t defend themselves. She is likely to always support the wealthy rather than the working class.

One reason why Republicans appointed her is because they need a court justice to approve of a recount, like Trump has openly threatened. He made it clear that’s why he appointed her in the first place. He knows he’s going to lose so he’s trying his best to rig everything in his favor.

That is a dirty move and the President shouldn’t have been able to do this just days before the election. It’ll make things work in his favor, putting Joe Biden at a disadvantage if the election has to go to court.

We responsible citizens should take into account that Barrett is in the court position until the day that she dies or retires, and that’s not good. There should be an exact number of years that they can stay until they have to be kicked out of or replaced with a new Associated Justice.

There also should be a number of years that they need to do as a judge in order to fully be prepared to take the responsibility of a position, with two years as a judge simply not enough. This would require a Constitutional amendment, however, which is an impossible task in our political climate.

But even with these demands or decisions, it wouldn’t matter because Republicans would ignore it and take care of their own problems. We as a country can do so much better.