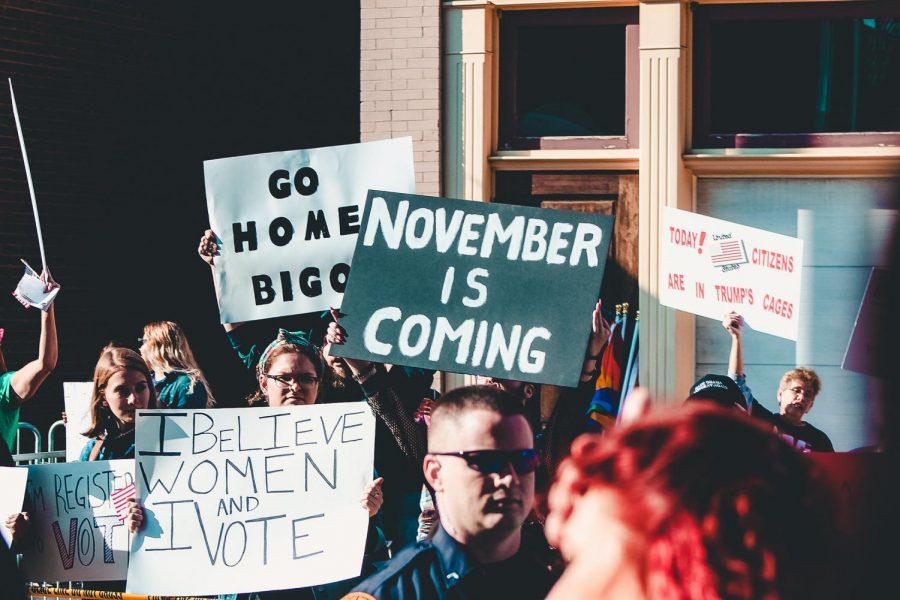 We are currently living through divided times, especially in the wake of the 2020 election, where family ties are cut and friendships that have lasted for years are ended due to political rifts. Since Donald Trump was elected president in 2016, many people feel they cannot express their disapproval of policies or their stance on issues without being called derogatory names and called blatant insults by opposing supporters.

This presidency has also caused many people to use the ‘block’ button more than ever on social media platforms, and it might be one of the greatest coping mechanisms that exists to dismiss someone who won’t have an open dialogue.

A real-life block button does not exist, and we can’t simply swipe someone into the online abyss when we disagree in real life. The political commentary and crude arguments that have become so common online, often make their way into the family dinner table and friends’ birthday parties.

Nowadays, most political disagreements have little to do about a tax policy or budgets and more to do with basic human rights and core values. People now see political differences as those of basic morality and issues that cannot be overlooked, where a middle ground does not exist.

According to the Pew Research Center, political polarization is more intense now than at any point in modern history. Nearly 80% of Americans now have “just a few” or no friends at all across the aisle.

Conversations about one’s politics can already be intense and a bit frightening to have, especially with family members because — although they are family — they can lead to unwanted tension and words that might be regretted later.

It’s okay to have different opinions and reasons to support your beliefs but there is a difference between getting a point across and condescending to someone because because they feel differently.

With the holidays coming around, it’s not the greatest conversation to bring up, but it’s tough to avoid when someone else brings up politics at the dinner table. Before this Thanksgiving dinner, take some time to figure out and determine your boundaries to guide you on whether you should engage in these conversations or know when to walk away when arguing with someone who does not wish to see eye-to-eye.

Tania Israel, author of “Beyond your Bubble: How to Connect Across the Political Divide, Skills and Strategies for Conversations That Work,” believes people should listen more to understand and try less to convince:

“If we cannot survive outside of our bubbles, if we cannot tolerate listening to our friends and families and neighbors, if we cannot see beyond our own perspectives; if we view our fellow citizens as enemies, how can we sustain our relationships, our communities, our country?”

In her book, she gives strategies on how to prepare yourself and engage in conversations with someone with opposing political views.

Do not interrupt, raise your voice or quickly point out why someone is wrong. One must allow the other to communicate their point across first, without interrupting, and listen to reflect back what you hear. If there is a disagreement, be respectful and avoid being patronizing or rude when asking someone a question.

And lastly, you also want to ask yourself whether you even want to understand the other person’s perspective or do you want to persuade them? If the conversation can carry on respectfully, great. If not, it is best to know when to disengage.

Are you prepared to have a conversation with someone who holds different political views from your own?
What is the purpose or end goal of this conversation? Do you want to argue, vent or listen?
Do you want to understand their perspective?

If someone is being persistent or abusive, it is best to let them know you feel uncomfortable and respectfully decline to participate in the conversation any further. One last tip: you can also stuff your mouth with turkey and wine all night, so that you physically won’t be able to converse with anyone.