Black women are still underrepresented and excluded in the film industry 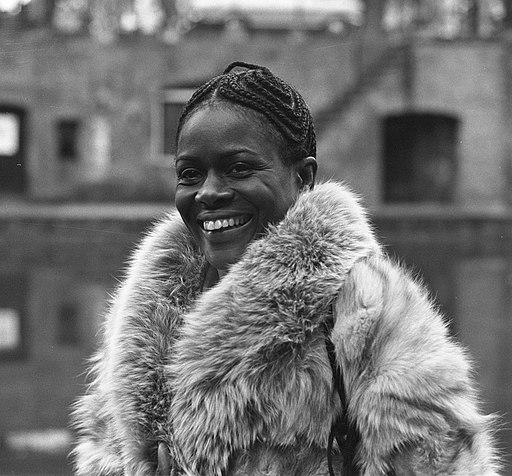 American film star Cicely Tyson during press conference in Utrecht, 1973. Tyson's memoir "Just As I Am" describes some of her struggles as a Black woman in Hollywood.

Black women are becoming a more prominent part of the entertainment industry, yet they still face discrimination on movie sets. Unfair treatment range from their hair, makeup, negative stereotypes to completely silencing their voices in the film world.

Many Black women have spoken out about the discrimination they have faced, such as not getting the leading role solely because of their shade or the exclusion they faced when the studios did not provide a hair stylist that was knowledgeable about their specific hair type.

The myriad of actresses include Tia Mowry-Hardict, Halle Berry, Gabrielle Union-Wade, Tracee Ellis Ross and so many more of Hollywood’s talented stars.

Recently, in the 15th year anniversary of High School Musical, actress Monique Coleman spoke to the Insider about her experience on set. In her recounting of her time on the set of the popular teen movie, she mentioned some of what she dealt with.

“The truth is, they had done my hair, and did it very poorly in the front,” Coleman said to Insider. The actress explained that she then suggested for them to “incorporate headbands into her character.”

As they were unable to hire someone who could work with her hair type, they continued the three sequel movies with her character wearing headbands to make her hair manageable.

Actresses such as Gabrielle Union, Natasha Rothwell and Yvette Nicole Brown have also shared their experiences with the lack of diversity on set and mentioned how they often had to bring their own hair and makeup supplies because the stylist was not prepared to deal with Black actors.

On top of these underlying issues, the colorism and stereotypes of Black women are not highlighted enough.

These tropes, primarily with dark-skinned women, reinforce the negative stereotypes that date as far back as the 18th century.

These forms of blatant misrepresentation not only reproduce stereotypes of Black women, but also inflict trauma on Black actresses through the cinematic gaze.

Yet these roles were mainly fulfilled by not just Black women, but darker-skinned women. These roles aligned with the shade of their skin, further exacerbating the negative stereotypes.

Octavia Spencer, a dark brown skinned actress, has played a maid, nurse or cleaner 21 times, two of them being in Oscar-nominated performances.

However for darker-skinned women wanting to do more than portray the stereotypical Black woman role, it meant unemployment.

Cicely Tyson, a 96-year-old actress that died on Jan. 28, wrote in her memoir “Just As I Am,” that “[she] was determined to do all I could to alter the narrative of Black people- to change the way Black women in particular were perceived, by reflecting our dignity.”

Tyson wanted to portray Black women accurately and erase the negative stereotypes perpetuated in American cinema. This often led Tyson to be without work for weeks, months and even years.

The majority of films and TV shows where Black women act in main roles, they are usually cast with light-skinned women.

We have seen that pattern too often, and it seems that in order for shows and films to get recognition but include diversity, it must include someone with a shade closer to white people.

For the same consideration white female leads are given by film and TV studios, the same must go to their Black female actresses.

It is time for the voice of Black actresses, of all shades, to be heard and recognized.

It is senseless to say there is not enough money in the budget to hire stylists who do Black women’s hair and makeup, instead presenting them on camera as less desirable; something people already think of Black women.

It is also important for studios to get opinions from other Black people when writing scripts. Black voices need to be heard in the industry so they could properly execute how they are seen by the audience.

Something that may not seem offensive to the white writers, producers or directors could be perceived differently by Black audience members. Getting a second point of view shows Black viewers the commitment in portraying Black people in a more accurate light.

Opinions from Black people are necessary in the hiring of more Black women to play leads, especially darker-skinned women.

There are plenty of Black women of darker shades who have amazing talents, and as much as we love to see Viola Davis, Lupita Nyong and Regina King, more representation and opportunities for Black women are desperately needed.

However, these solutions will not be heard if Black people and allies do not voice their concerns about these issues.

Twitter, TikTok, Instagram and Facebook are social media platforms where one can make their voices heard. Black people and allies need to step up and tell production companies that they want more representation of Black females of all shades and have them represented precisely.

It is also important to stand behind Black actresses who voice their concerns about not being heard. There is power in numbers and if we tell the film industry what we want to see, we can start to see the change that is long overdue.

In a time in society where Black History is celebrated every February, it is important that we continue to fight for something to celebrate.

As the late Rev. Martin Luther King, Jr. once said, “Our lives begin to end the day we become silent about things that matter.”