H.R. 1 needs to pass the senate, even if it costs Dems the filibuster 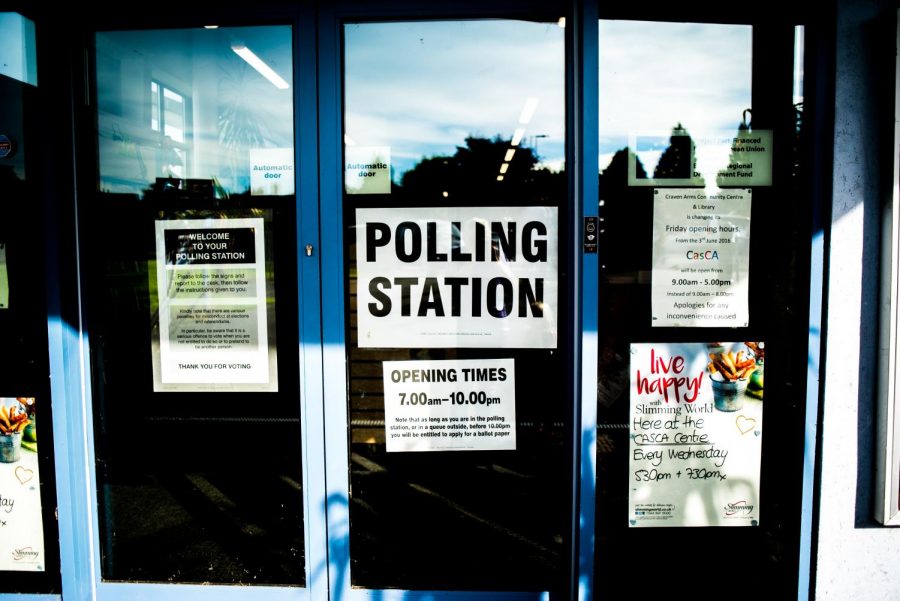 Republicans in Georgia are restricting early voting on weekends in their latest attack on voters rights. They're leading efforts to change election rules in Arizona and Georgia, both went blue in 2020. Photo credit: Photo by Elliott Stallion on Unsplash

Since the Civil rights movement in the 1960s, the GOP has chipped away at voting rights, rewriting the rules and lying to hold on to their power. Republicans have made it clear that they will continue their assault on voters and rig future elections, which means Democrats need to stand their ground.

A monumental voting rights bill just passed in the House, and Senate Democrats need to do everything they can to make sure it gets to Biden’s desk, even if that means losing the filibuster.

The bill, which is supported by President Joe Biden and the Democrats, faces serious opposition in the Senate where it would need 60 votes to avert the filibuster. As of now, the votes are completely divided along party lines.

The For The People Act is an over 800 page document proposing sweeping legislation.

A major component is an end to partisan gerrymandering, which is redesigning voting districts to benefit a candidate or party. New mapping technology makes it even easier to create an unequal distribution of power among rural and urban voters.

If the Democrats have any desire to keep their thin majorities in the house and senate, they must pass this bill without bargaining with conservatives and cutting its benefits.

Dems have an opportunity to pass a sweeping bill that halts efforts to inhibit our voting rights, and taking advantage will likely benefit them in the midterm elections.

Republicans lied about widespread voter fraud before and after the 2020 election. When it didn’t go their way, they reverted back to changing the rules to benefit themselves, all under the guise of “election security.”

The game plan is to attack voting by mail, ballot drop boxes, early voting, voting on weekends and enact voter ID laws. The midterm elections are in danger of massive voter disenfranchisement if action isn’t taken.

At a time where fake news and misinformation campaigns are dominating social media platforms and prime-time airwaves, Dems need to act now and stop further damage to the election process.

The GOP has been busy attempting to suppress the vote by introducing dozens of bills across 33 states since President Joe Biden took office, which studies have shown affect minorities and younger people.

Republicans used the COVID-19 pandemic to limit the number of drop boxes and polling centers in urban areas, causing longer lines to vote among other restrictions.

It is no coincidence that many of these bills have been introduced in states that flipped blue in the last election, including Arizona and Georgia.

In Georgia, Republicans have passed the most restrictive voting laws since Jim Crow.

The new legislation cuts weekend voting days including Sundays — when Black churches typically hold “Souls to the Polls” — restricts the use of mail ballot drop boxes, adds new voter ID requirements for mail-in ballots and even makes it a crime to distribute food and water to people waiting in line to vote.

Two laws in Arizona, one that allows officials to throw out ballots cast at the wrong precinct and another strictly limits who can collect and cast someone else’s absentee ballot, are currently being reviewed by the U.S Supreme Court.

The arguments in favor of these provisions emphasized the state’s power to set election procedures and claim that there is no proof of voter suppression or discrimination caused by these laws, therefore are not in violation of Section 2 of the Voting Rights Act.

If the court rules to sustain these two laws, it would jeopardize what remains of Section 2—the act’s nationwide ban on practices that result in racial inequality in the American electoral system.

Regardless of the outcome, it’s critical that all Americans are registered to vote for each election.

Know your rights, follow voting procedures as early as possible to leave yourself time to fix any discrepancies.

Until voting is easier and more accessible, constituents should advocate for themselves and others by putting pressure on their senators and supporting legislation that restores and protects their constitutional rights.