Close the camps, create a path to citizenship 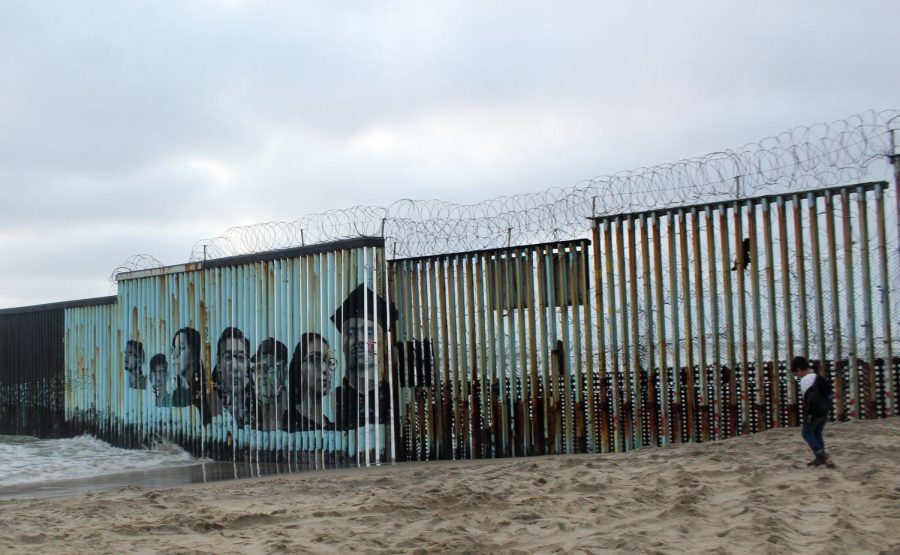 Immigration at the southern border is at its highest in 15 years. The federal government needs to make substantial changes in border policies that ends the need for concentration camps.

The humanitarian crisis at the Mexican American border is worsening and the Biden administration cannot wait any longer to address it. Everyday, border officials are detaining hundreds of immigrants and border crossings are spiking.

Now local communities like the city of Long Beach are trying to alleviate the pressure by opening new concentration camps to house child immigrants, but the answer to overflowing detention centers is not opening more.

It’s time to reinstate processing for families seeking asylum and create a faster and easier path to citizenship for people living here. Seeking asylum is legal, and the United States needs to treat migrants with compassion, because our constitution guarantees that right.

Since the Trump administration, little to no change have been made in the programs to help the children being detained in camps.

The number of migrant children in detention camps has increased. Joe Biden proposed a plan to help reunite families and create a path to citizenship for millions of migrants living in the US, but that has still yet to come into effect.

According to lawyers who have been in the detention facilities, they are still overflowing and the children there are still being mistreated.

During the Trump administration, images of crying children in crowded corals were broadcast on TV screens and social media feeds. The children are not being given even food or even soap to bathe.

They are still being forced to sleep in cages and on cold floors with no blankets. With the overcrowding of children comes an even longer wait period for them to be reunited.

In an interview with The New York Times “One detained [migrant] alleged that a Border Patrol agent told a child who had spilled soup that the child would not receive more food unless the child drank the spilled soup off the floor.”

During the COVID-19 pandemic, conditions in the camps became even more inhumane, with operators dousing cells and common areas with harmful chemicals that poisoned detainees.

House Speaker Nancy Pelosi also called for an investigation into one detention center in Georgia after a whistleblower alleged that detainees were subject to unsafe practices and women were given hysterectomies without consent.

Concentration camps have no place in the United States, especially when we possess the resources to create an immigration system that treats people with dignity and values human life.

“These kids deserve our care, love, and support. We will work to ensure that every child is quickly reunited with family,” said The Long Beach Mayor Robert Garcia, but this solution will only be a temporary fix to an ongoing issue for millions of other immigrant refugees.

Not to mention that reuniting 1,000 children with their families is a difficult mission in itself, especially with a four month deadline.

Patchwork can’t and won’t fix this ongoing border crisis. The federal government needs to spearhead policy changes that dismantle the concentration camps that have no place in our country. By detaining migrants, they are responsible for both funding and providing the major services needed to take care of these children.

Promises after promises keep being made to only give hope while these children are losing their childhoods being kept in concentration camps and away from their families for months at a time.

Though, this is supposed to be “temporary help,” as they say it’s only able to hold up to 1,000 children at a time for a period of 90 to 120 days. What will happen to the other thousands of children who can not make it to this Long Beach center where there is temporary help being given to only some children.

Immigrants have to endure so much, from violent border policies to ICE raids at supermarkets, and that was after many of them fled the dangers of their home countries.

Biden’s only focus cannot be undoing Trump era policies like “remain in Mexico.” He has an opportunity to reform a broken system that would benefit millions of families in the long run.

Why not expand the asylum percentage that can be allowed to refugees, and actually allow people to ask for it rather than take away that right by just expelling them to Tijuana, Mexico. There has to be official measures taken by president Biden to want to actually help these children rather than continuing old presidential tendencies and keeping children in cages and away from their families.