Has the US learned enough from the pandemic to create the ‘new normal’? 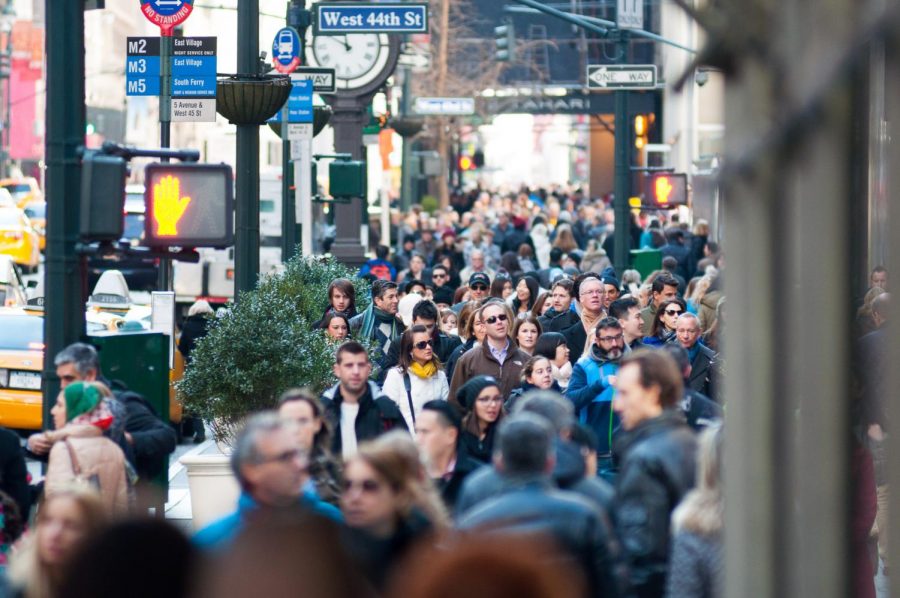 The nation eagerly waits to see what the world will look like post-pandemic. As normalcy returns, people need to stop and reflect before settling for the old world that was detrimental to human society. Photo credit: Alan Bloom/Flickr

The world is opening up and society should think twice before conforming to “normal” life after COVID-19. The nation has the opportunity to create a new, post-pandemic normal that utilizes the important lessons life with the virus taught.

Normalcy can be harder to remember than many would believe. Bumper-to-bumper traffic, concerning flu season and the daily stress of those working nine to five were among the many things considered the norm of pre-pandemic life.

Cases and the number of deaths from the cold and flu season since the pandemic do not come close to what they normally were. During the 2018-2019 flu season, 35.5 million people fell sick from influenza while the number increased to an estimated 56 million in the 2019-2020 season.

Every year, people rushed to get vaccinated to try and prevent falling ill but cases were seemingly inevitable.

However, preliminary data for the 2020-2021 flu season shows that flu activity was significantly lower compared to previous years.

During the peak of the nation’s quarantine, sanitizing products were flying off the shelves. People washed their hands, constantly used hand sanitizers, and while this worked to prevent the spread of COVID-19, people should also realize that maintaining good hygiene is important even in a world where the virus is one day eradicated.

Rates in pollution have also contributed to health concerns as the world was already struggling in its fight against climate change. Those bright and sunny days outside only helped pollute the ozone levels from excess fuels coming from cars and power plants.

Traffic contributed to pollution as many roads all over the country were congested with daily drivers commuting to and from their jobs or day to day excursions.

A positive change to come from the pandemic was better air quality as a result of the various lockdowns.

Pollution as a whole decreased tenfold once the government-mandated lockdown was issued as some were asked to quarantine when feeling ill or exposed to the virus.

The transition emptied both freeways and schools as only some essential businesses such as grocery stores and healthcare facilities stayed open.

If people encourage employers to allow for work from home to continue, even on a part-time basis, we can tackle the issue of traffic and subsequently help the environment.

Making strides towards better healthcare and environmental progress is important, however, social justice reform is perhaps even more important as the nation resumes regular life.

2020 opened the floodgates for awareness of police brutality all across the country. The death of 46-year-old George Floyd went viral and spurred social unrest as people realized the ongoing trend of police violence against black and brown people.

Police officer Derek Chauvin used unnecessary force when he placed his knee on Floyd’s neck for over nine minutes, ultimately killing him. Riots and protests broke out all over the country and the Black Lives Matter movement has continued to grow throughout the last year.

However, police violence against black and brown people has plagued the country for years.

About 1,000 civilians are killed each year by law-enforcement officers in the United States. Black men are 2.5 times more likely than white men to be killed by police during their lifetime.

On April 20, 2021, Chauvin was found guilty of killing George Floyd. While this guilty verdict is a significant step towards the much-needed police reform this county needs, there is a long way to go.

The riots were a major part of 2020 as people in the black-brown communities grew tired of police not being held accountable for their injustices. Systemic racism needs to end.

Black and brown people and other marginalized communities need to start getting the justice that they deserve.

Mass shootings have also been a factor in life before the tragic pandemic. Nearly 2000 people have been killed or injured in mass shootings since 1999.

As of April 22, there have already been at least six mass shootings in the United States in 2021.

These shootings have been and will continue to be detrimental to today’s society and highlight the importance of gun reform in the nation.

If the nation plays its cards right, America can be a country that comes out of a dark cloud and emerges a beacon of light and hope for its citizens and the rest of the world.

If everyone does their part, the society we return to can be one where people are kind, socially conscious, healthy and happy.

A new world where consideration for the community’s health is not a political statement.

A post-pandemic society that places family and well-being above the workplace and in turn cares for the planet.

A new normal where black and brown people do not have to live in fear, and one where everyone has an equal opportunity to live free and live happily.