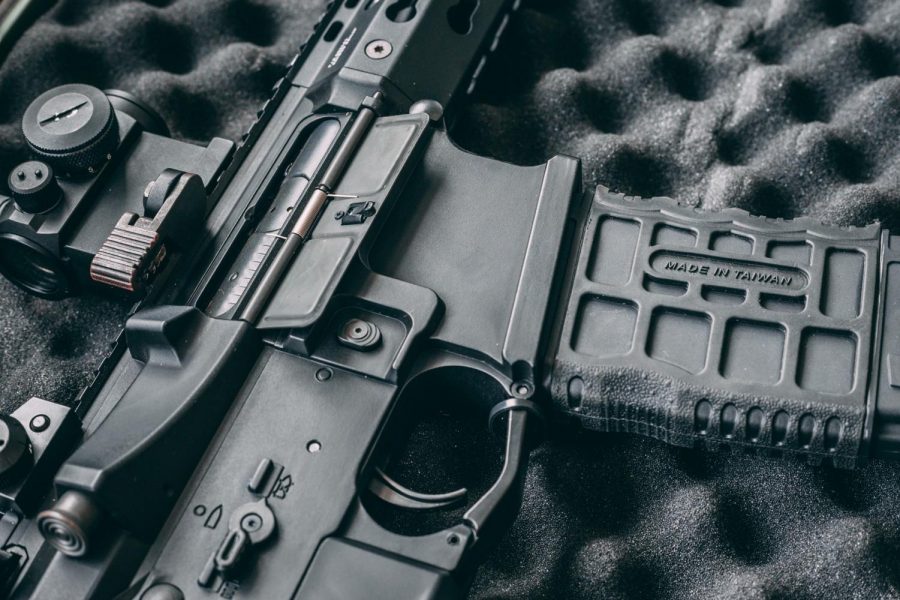 As the country finally returns to normalcy, innocent gun-owning patriots are now being canceled just for exercising their right to bear weapons of war and this must be stopped. People should be outraged that our constitutional right to bring weapons to any Wendy’s, Walmart or classroom is in grave danger.

The Communist News Network reported that there were (only) 11 “mass shootings’” over Mother’s Day weekend, which is really not bad for a holiday.

That is, of course, if you consider four measly victims as a mass shooting. Rookie numbers these days, and definitely nothing to go Orwellian on law-abiding citizens for.

The FBI doesn’t have a definition for “mass shooting,” only a “mass murderer,” which is defined as someone who kills four or more people in one location. That is basic logic that even AOC should be able to understand.

There is nothing more anti-American and more antithetical to the values of our forefathers than this vicious attack on constitutional rights.

Every statesman knows the founders were men of excellent moral value who never made mistakes. After all, the history books will tell you all of the contributions these founding fathers gave to our country. They truly set a systemic tone for this great nation.

The Second Amendment clearly says our rights “shall not be infringed.” That means any restriction on guns is simply unconstitutional.

It should be limitless just like our First Amendment, except of course when it comes to journalists, Dr. Anthony Fauci, Black Lives Matter or any other communist organizations that don’t directly align themselves with American conservative values or Tucker Carlson.

The first item on the crazed liberal agenda is taking guns from the hands of innocents. Soon after, they will defund and demasculinize the police. Who will they call when they have an intruder?

Gun owners don’t need to worry about that because they can take care of themselves with their guns.

Instead of trying to take our guns away, they should realize the country needs more guns– every man, woman and child should have one. If you can hold a pencil- you can hold a gun! It really is that simple.

If every man, woman and able-bodied child packed heat, the number of mass shootings would plummet to zero nationwide, even in Joe Biden’s America.

The only way to stop a bad guy with a gun is a good guy with a bigger gun. Sure, if everyone had big guns, it might be a little bit hard determining which one is planning to open fire at IHOP, but let’s roll the dice on that.

In America, the good guys always finish the wars they start, even if it takes 20 years.

In 2020, businesses and residences were threatened by violent protestors and Antifa rioters who looted and burned down buildings. True Americans who chose freedom over dictatorship went ahead and purchased protection for themselves and their property. Guns kept them safe amidst all the violence.

Americans should be proud that they are 46% of the world’s 857 million gun owners. In 2017, a study found that there were only 1.2 guns for every man, woman and child in the U.S. We can only hope to double, or even triple those numbers in order to create a safer nation.

The first step to making America great again is to fix the ridiculous gun laws. Our children are the future of our great country and need to be given the tools to defend it.

At the age of 18, our children can go to war, buy cigarettes and gamble, but they can’t buy a handgun in California. That is the first law that needs to be changed so that kids have a fighting chance to survive.

On May 6, a sixth grade girl brought a gun to her Idaho middle school and wounded two students and a custodian. A teacher was able to disarm the child, but if those children, or even the custodian or teacher, also had guns those injuries would have never happened because they could have shot her first. One injury is better than three, right?

Many incidents like this happen all over the country because people don’t have guns with them at all times to prevent situations like this. More guns can solve the problems caused by other guns.

The lack of guns is a problem that not only America faces. Russia recently had one minuscule school shooting and has now made the rash decision that they will tighten gun control. Let’s hope America doesn’t follow in those ridiculous footsteps.

It would be a mistake to try and implement the same radical psycho protocols for those purchasing a gun here in the United States.

Aside from their superb election interference efforts, Russia is the last country we should be looking to for advice, especially when mass shootings are rare in their country. They don’t even know anything about the subject.

Americans, on the other hand, are experts when it comes to guns and shootings.

Patriots with guns pride themselves on being able to defend and honor the country, and their weapons offer them peace of mind.

The truth of the matter is people get hurt and die every day and of course, it’s sad (sometimes), but it is simply a natural part of life.

The more unjust tragedy is when God-fearing Americans have to fear for their gun’s safety just because snowflakes are afraid of their own shadow (of death).