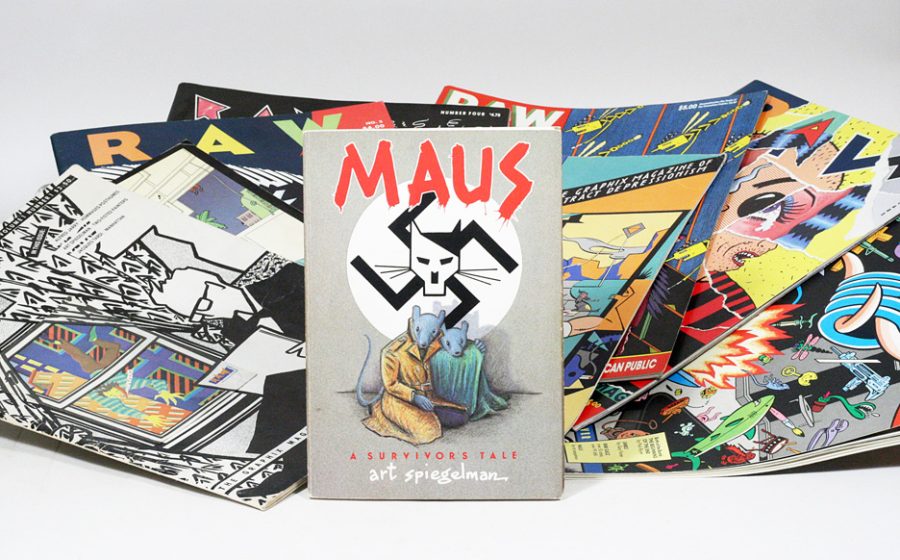 Maus depicts Jews as mice and Germans as cats. Spiegelman interviews his father about living through the Holocaust as a Polish Jew. Photo credit: Manhattan Rare Book Company

The school board banning of books for reasons of racism, sexuality or simply just censoring history shows that the committee asserts powerful and controlling behavior over students’ rights.

Recently, the McMinn County school board in Tennessee has been under fire from the public view over their ban and censorship over the graphic-narrative book Maus, written by author Art Spiegelman.

The school board has taken action against learning the Pulitzer Prize-winning graphic novel in their reading curriculum, and instead imposed a ban to having eighth-graders learn about the book in their readings.

Outraged, the school board has been put on blast by the internet for officially banning the book for its naked depiction of figures and strong language. Internet users were quick to notice that the reason is a scapegoat to whitewash the events of the Holocaust.

The banning of books such as Maus does not tell what the children and students want to read, but instead shows what the adults and the people in charge want them to read. It was never a matter of the children complaining about what was in the book, but more or less the school board acting on its own feelings.

“It shows people hanging, it shows them killing kids, why does the educational system promote this kind of stuff, it is not wise or healthy,” said school board member Tony Allman in the official transcript of the meeting. The Holocaust was never supposed to be clean nor promoting the actions of the Germans during the time, and the book just shows the horrors of history.

“I think Maus intimidates some Americans because it declines to offer a way out of the evil, never touches a Christian redemption for sin, and most of all, offers no peace in the crushing weight of death or the unlikely absence of it. you’re not lucky to live or saved to die,” said Twitter user @cakesandcourage on a thread about the events of the book.

The school board meeting later then showed that the topic of vulgar language and nudity was made as its main argument. In the past years, the American novel To Kill a Mockingbird, by author Harper Lee, was put on trial for its strong language – which in return allows other similar titles to be restricted as well. By allowing the book to be banned, sooner or later more schools will follow in these footsteps.

Banning an important book such as Maus, that shows the view of the oppressed side of the Holocaust, sets a principle to show that censoring history is allowed as long as there aren’t many people who oppose it.

To combat the censorship, school boards should not shy away from teaching these students about the reality of history. Instead, more school boards should opt to add more books that depict these events for what they are worth. Students and parents alike should advocate to teach history without sugarcoating the details.

As of recently, Maus has been one of the most sought-after books because of the ban. To support the author Spiegelman, you can help by buying the book here.