Forced hysterectomies: the latest in the US’ attempted genocide 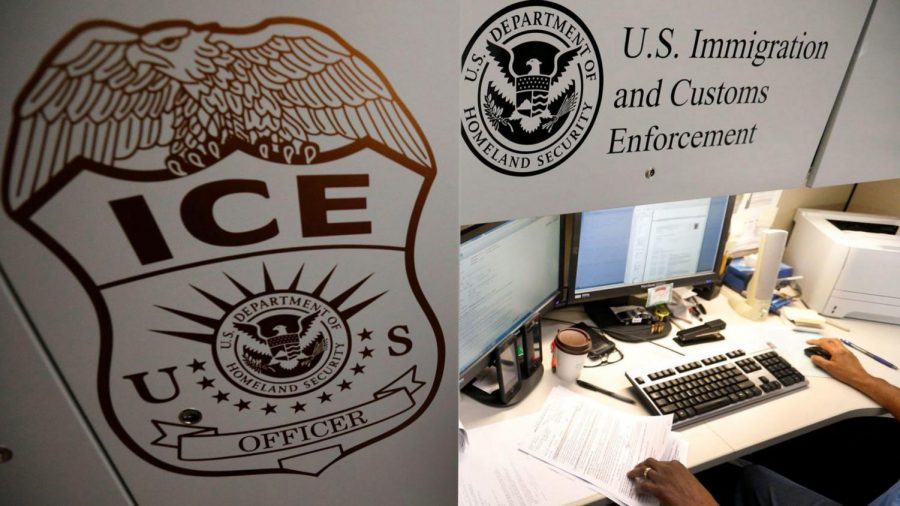 A 33-year-old Mexican immigrant seeking refuge in the U.S. was so severely injured from a fall while in detention that he can't feel his legs and now uses a wheelchair, his El Paso attorney says. But Immigration and Customs Enforcement says the man had a thorough medical evaluation and there was "no known justification" for his being unable to walk. In this file photo, an unidentified Immigration and Customs Enforcement, ICE deportation officer reviews forms required to issue a detainer asking local law enforcement to hold someone until ICE agents can pick the person up, at the the Pacific Enforcement Response Center in Laguna Niguel on April 26, 2017. Photo credit: Allen J. Schaben/Los Angeles Times/TNS

Forced hysterectomies; the latest accusation made against the Irwin County detention center in Georgia, where a staggering number of detained immigrant women underwent the procedure, allegedly, without their informed consent. The whistleblower, a nurse named Dawn Wooten, filed a detailed complaint to the Department of Homeland Security’s Office of Inspector General.

Wooten has stated that one of the adolescent detainees even had a botched ovarian surgery in which she had the wrong ovary taken out when she needed to remove the left one due to an ovarian cyst. The doctor has been referred to as “the uterus collector,” said Wooten.

Women from various age groups are facing a detrimental medical nightmare as a majority of these immigrant women have received hysterectomies without proper informed consent. There is a clear lack of empathy to notify these detainees about the medical procedures that will ultimately cause permanent harm to their reproductive health and freedom.

This administration took an iron-fisted stance on immigration out the gate. The ‘zero tolerance’ policy separated families across the country including asylum seekers at the border. It also allowed ICE to carry out deportation raids against undocumented immigrants without criminal records, who were once protected by Obama’s policy that prioritized violent criminals. ICE recognizes its new authority and utilizes it to arrest entire families of targeted individuals.

“We will take enforcement actions against all removable aliens encountered in the course of their duties,” says acting director of U.S. Immigration and Customs Enforcement Matthew Albence, whose directive increased immigration arrests substantially.

What followed was a series of unfathomable human rights violations at the border and within government-funded detention centers. Now over-capacity, the detention centers put men, women, and children in cages, where they reported horrendous conditions like freezing temperatures, no showers, no access to personal hygiene, or medical supplies. Many of these facilities failed to meet even our own government’s standards.

Even as immigrants, these people have rights that must be respected, one of which is the right to seek asylum. The Department of Homeland Security says that immigrants who are unable or unwilling to return to his or her country of nationality because of persecution or a well-founded fear of persecution have a right to seek asylum in the US. Many Latin-Americans are escaping poverty, widespread corruption, and unbridled crime in their home countries. They want to come to the US because they feel they have no other choice.

The newest complaint also alleges that the detention center refuses to test for COVID after more people have been showing severe symptoms, not providing the appropriate safety gear for medical staff and faculty, and reporting inadequate numbers of detainees testing positive for COVID.

More allegations of inhumane conditions rose at the beginning of the COVID pandemic at the Adelanto ICE processing center in the Mojave Desert. Detainees complained of being sprayed by guards with hazardous chemicals in areas that do not have the proper ventilation leaving them with bloody noses, a burning sensation in their eyes, and severe coughing. One of the chemicals being HDQ Neutral which can ultimately weaken the respiratory system making COVID easily contractible.

The administration continues to show a clear lack of judgment after using immigrants as a loophole to transfer ICE agents on employee charter planes heading over to Washington in order to violently put an end to protests. Due to this discernment, many immigrants tested positive for COVID which resulted in an outbreak at the Farmville immigration jail in Virginia.

This list continues on as to how many cases and complaints have been released and yet, everyone is so focused on illegals “taking their jobs” when the real problem is in our government and the policies it upholds.

“The atrocities at the border today, are centuries in the making,” said Dr. John Haas, Founder and Director of the Global Consortium for Sustainable Peace and professor of history at Cerritos College. His current research reflects on the one-year anniversary of the El Paso massacre, and how it was directly linked to a history of violence at the border.

“In the aftermath of the Mexican-American War, anti-Latino racism in Texas became more strident. Individual racism and violence now joined forces with state-sponsored racism and violence and at times, seeped into federal legislation and violence,” says Dr. Haas in his latest research article.

Unchecked xenophobia and racism have festered in the United States, creating a perpetual cycle of abuse and punishment for those whose only crime was wanting a better life for themselves and their families. What ICE and the Department of Homeland Security are doing today is the side-effect of an untreated wound in America. From the gasolene baths in the 1930s to the deportation of braceros after the second world war, Dr. Haas believes this systemic racism from the past shows itself in today’s administration.

If these allegations were to be true, then members of the United States government positively need to reevaluate their fitness for office, since human rights should always be at the forefront of our nation’s priorities. The Department of Homeland Security continues to fail immigrants with unfair trials, sending them back home when seeking refuge from at-home violence, and a continuous pattern of neglect and abuse. ICE destroys families that have been living in the US for decades, and after arresting individuals, fails to meet their most basic needs.

It’s time to dismantle the detention centers and abolish ICE.

Protection in the U.S has obviously disintegrated for almost anyone who is seeking refuge in America. The southern border is sadly turning into a backward Ellis Island. A new administration is in dire need and one of the many ways to end the oppression against undocumented immigrants is to contact your local legislators and vote in this upcoming election.