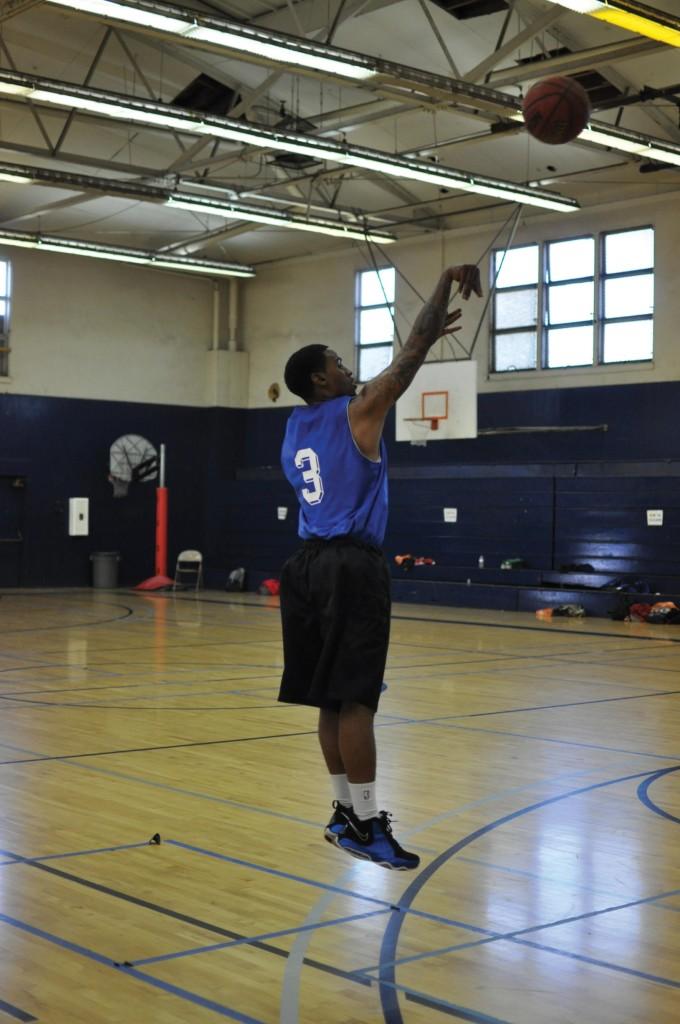 No matter how hard life is, or how many obstacles there are to overcome, for Cerritos College men’s basketball freshman guard Keith Wiltz, basketball has always been there.

Growing up in Moreno Valley, Calif., Wiltz discovered the game of basketball at the age of three.

“I really liked watching [former NBA player] Allen Iverson when I was little because I’m small, and he is really small,” Wiltz said. “He just gave me the drive to feel like I can do it.”

Creating a name for himself

Despite these accomplishments, there is one moment that stands out the most for him.

“It was summer league. I scored 52 points on Rubidoux High School, and I made 13 three-point shots,” he said.

“I made three people fall down [after  crossovers]. The game was so intense that the crowd had cameras filming me play. It was like all eyes were on me,” Wiltz added.

Upon making the school’s team, Wiltz suffered a knee injury after playing a few games and missed the entire season, however, he was given a medical redshirt, making him eligible as a freshman this season, according to Falcons head coach, Russ May.

“I was kind of discouraged. I was like, ‘Is this the end of my basketball career?'”

Wiltz said that he put off basketball and, for a moment, gave up on his dreams.

“I got into other things that resulted in negative consequences, and I just realized that basketball was what God gave me,” he said.

Another chance at greatness

Last year, Wiltz enrolled at Cerritos College, where May gave him an opportunity to become a Falcon.

May says Wiltz’ competitiveness was one of the reason that he was picked for the team.

“He has a passion for basketball, is very competitive and is skilled.  He is a very good shooter.”

Freshman guard Darren McQueen, a cousin of Wiltz, said, “He’s a good player, on the court and off the court. He is a cool guy to hang out with.”

“If our heads our down, he keeps our heads up,” McQueen said.  “He makes practice fun.”

Kyle Hall, freshman forward said that Wiltz is the top energizer on the team.

“His energy is contagious, so it makes me play better,” Hall said.

During a game or practice, Wiltz stays on his teammates to make sure that they stay motivated.

“He’ll get on you, but it’s a good thing. It’s not like he’s pointing you out or anything,” Hall said

May added,”Keith can be abrasive at times because of his competitive nature, but, this year, his fire and enthusiasm have been important for our young players to see his passion for hoops.”

May says he and Wiltz have maintained a good relationship throughout the season.

“He often calls me after games to ask for a critique of his play and what he can do better to help the team. Many times, people don’t see that about him because he is so vocal and has a tendency to get under people’s skin.  Behind the scenes, he is a sensitive kid who deeply wants to improve and do the right things.  He has matured immensly, but still has room to grow on and off the court.”

After a subpar season, Wiltz is looking forward to next season and May acknowledges the fact that the guard continues to work hard.

“He is an intense player who competes hard everyday.  He hates to lose. This year he has had to do more than what we would like because he can score and create his own shot.”

Looking to the future

As for the future, Wiltz, a physical education major, is hoping to transfer to the University of Southern California to continue his basketball dreams.

“My biggest supporter is my family, and USC is right in L.A.,” Wiltz said. “They’ll be able to come to all of the home games, at least, and [USC] gets a lot of TV exposure.”

However, Wiltz said that if basketball doesn’t work out, he will use his physical education degree and become both a teacher and a coach.

“I also want to own my own business. I have a clothing line in mind,” Wiltz added.

“I’m just striving to be the best and make it. I just want to make it.”