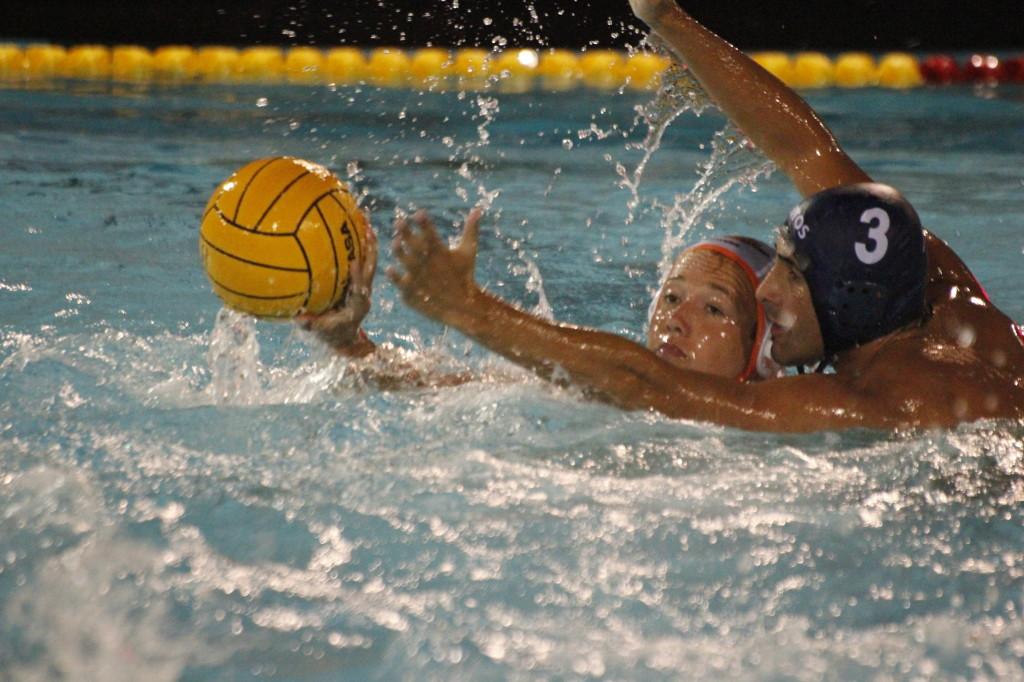 The Falcons lost it’s first game to Long Beach City College with a score of 15-8.

The team came back and won its second game against NCAA Div. III opponent CalTech, by a score of 14-3.

In the first game on Wednesday, the team lost it’s starting goalie, freshman Michael Skinas, in the sixth minute of the game with an eye injury.

He was replaced by freshman Isaiah Fairbanks.

He kept the score to 7-5, but it was not enough to stop the Vikings from pulling away with the lead in the second half.

Cerritos College head coach Joe Abing made it a point that they needed to slow the Vikings down coming into this game.

“We kept it [close],” Isaiah Irvine, a Falcon driver said. “the whole first three quarters … we just let up and they pulled ahead.”

Abing said, “We wore down a little bit in the second half and they got some fast break opportunities on us.”

Entering the game, LBCC coach Chris Oeding said, “They are a very energetic team that moves a lot, and if you aren’t willing to put forth the effort to play aware and movement-oriented defense, you run into trouble.”

The team was led by sophomore utility Isaac Ogloblin, who had four goals for the Falcons.

The second game against CalTech was Cerritos’ highest scoring game of the season.

The Falcons led by Ogloblin and sophomore driver Mario Ibarra, who both had a hat trick against CalTech.

Ogloblin scored his first three goals of the game within a record five minutes of the first quarter.

Ibarra scored one goal in the first half, then scored his next two goals in the second half to help seal the win against CalTech.

Freshman utility players Joey Gonzalez and Derek Dodson both had a pair of second half goals.

Gonzalez scored his second goal off an assist from sophomore driver Miguel Torres in the 29th minute of the fourth quarter.

The Falcons will prepare for the San Diego Mesa Tournament, which will take place on Friday and Saturday.