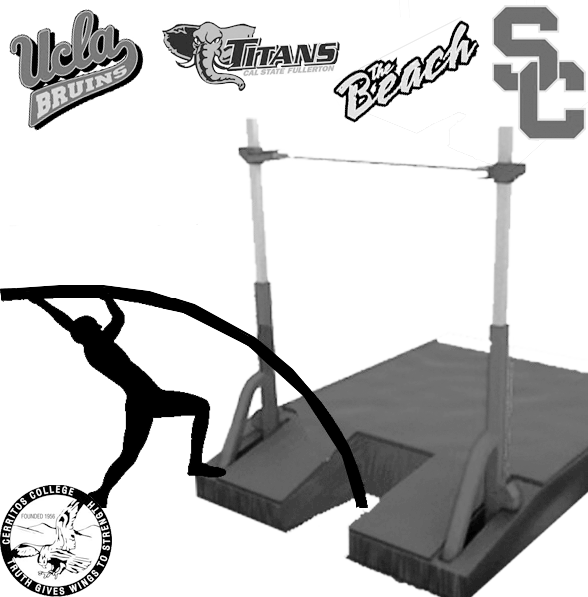 Cerritos College athletes are working hard in classrooms toward their goal of transferring to major univsities such as UCLA or USC.

He said that the main difference is control. In academics, you apply for the scholarship and have your application reviewed.

Everyone is ranked and has an academic standing where the numbers are clear.

However, in athletics, it isn’t all about statistics. Even with that being a key factor, according to Hawkins, some of the most talented athletes out there are overlooked and missed.

According to an article by Mike Knobler at the Atlanta Journal-Constitution, “Nationwide, coaches who would never offer a scholarship to a player who was 6 inches shorter or half a second slower than other prospects routinely recruit players whose standardized test scores suggest they’re at a competitive disadvantage in the classroom.”

Cerritos College wrestler Miguel Peralta said that school is a main priority for him and wishes that every athlete would think like him when it comes to prioritizing school and athletics.

“The way I see it, some people want to get out of school quicker and others would enjoy the free ride.”

Cerritos College baseball infielder for spring 2012 Zach Johnson talked about whether student athletes care about what university they go to or not.

“Well if you have options, yea you should take consideration into your school. But I mean if you just want to go somewhere then you probably would care much,” said Johnson.

When it comes to challenges in being recruited by a university, Peralta said it is harder at the junior college level rather than going straight to a university from high school.

“I think being in a community college makes it more difficult to transfer due to the fact that people have jobs or other obligations that are sidetracking their goals and aspirations.”

Johnson sees community college as an opportunity to improve and get more noticed by recruiters.

“You have to be a studmuffin to go straight out of high school. A (junior college) gives you time to improve your game, create a name for yourself, and to get more looks (from recruiters).”